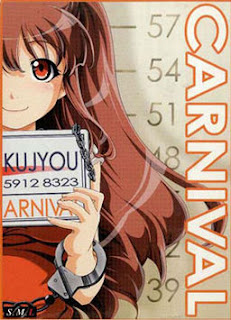 Foreword: I've still to find medium to large english translated VN without evaluation so current review has nothing to do with it. The review object is VN Carnival made by FlyingShine in 2004, the very same developer who made the best VN ever Cross † Channel in 2003 and the worst screwup in VN history Swan Song in 2005. So where did things go wrong? Why the perfectly reasonable work led to Swan Song where one totally unreasonable decision totally overthrown the sense of reality and then second even more foolish decision killed the story and the game leaving only anger at heroes at the closing lines? I hoped to find the ultimate answer to that question in this midterm work Carnival and I actually found it. Carnival is closer to Swan Song as it is story-based with little to none charage elements, there is a big main plot line with only side character routes and bad ends. Because of this reason it's very difficult to speak about it without spoilers. On one hand, very few readers would take on this virtually unknown and forgotten work, but on the other hand Carnival is plot-based and somewhat mysterious work that's not going to bring any fulfillment if you know the plot twists and with mystery revealed from the start. So I'm making two parts of this review - first spoiler-free and then after red attention sign spoiler-heavy one. 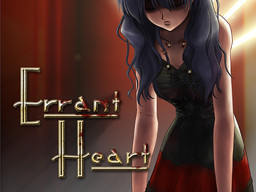 Foreword: Errant heart is a kickstarter project and despite being finished for 3 months now there's still no review to be found let alone evaluated one. The studio that produced it consists of just two men inspired by Type-Moon projects mostly. There's one article that put hopes especially up claiming this game to be revolutionary among the VNs and that authors did not need to compromise. And i'm going to review this game without holding back. Foreword: So this is the second review of the Project get every single medium and long length English VN evaluated. The novel under review is Anaheim Girl's Love Story by short doujin-maker studio Fan-na and it's here only because it miraculously managed to stretch the dialogues to 10 hours and because there appeared a person to actually translate all those talks and because the only review I found is fuwa-fuwa review on yurination with no score given - thus all three conditions miraculously coincided and here I am trying to figure what this game is about. I only appreciate platonic yuri relations, never ever watched anything of Gundam series and greately oppose doujins and nukige - oh, well, that clearly puts me out of target group, but at least it's going to be unbiased. 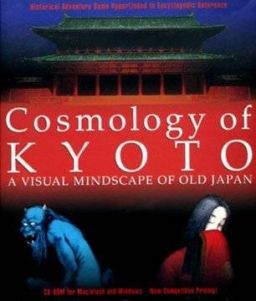 Foreword: This is the first review of the blog and the first review as a part of the Project get every single medium and long length English VN evaluated. Today's patient is Cosmology of Kyoto. There are quite a lot of English reviews of the game, but although the general idea behind them is overall praising - none actually gave any kind of evaluation score and that's something that i'm going to fix here.