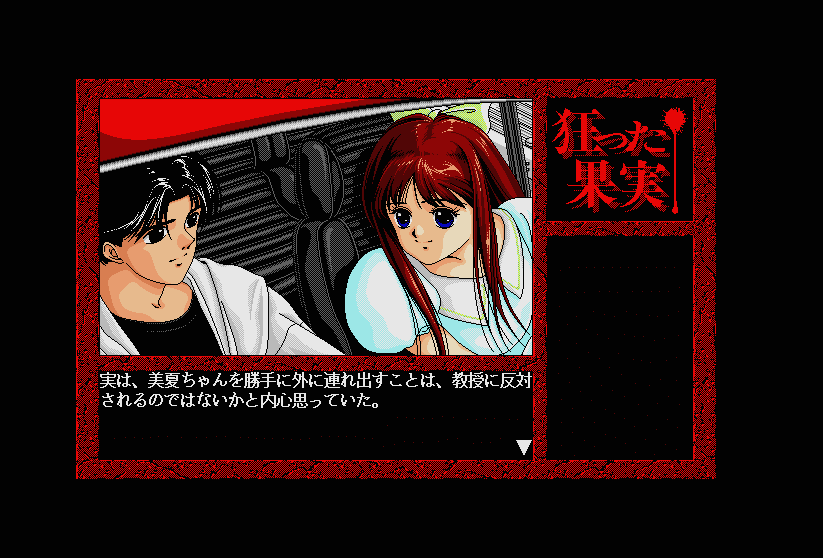 Kurutta Kajitsu is the only masterpiece of May 1991. 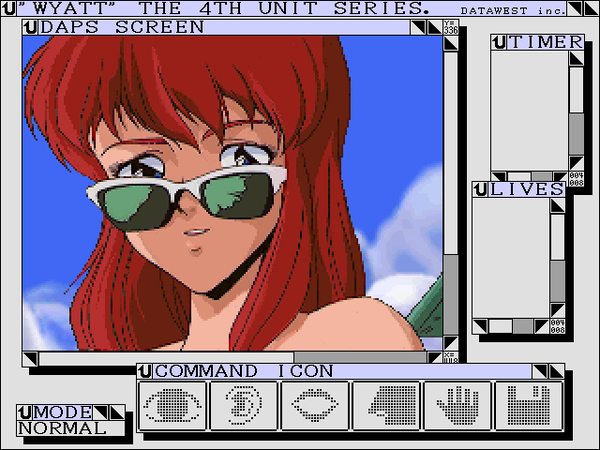 The 4th Unit - Wyatt is the only masterpiece game of April 1992. 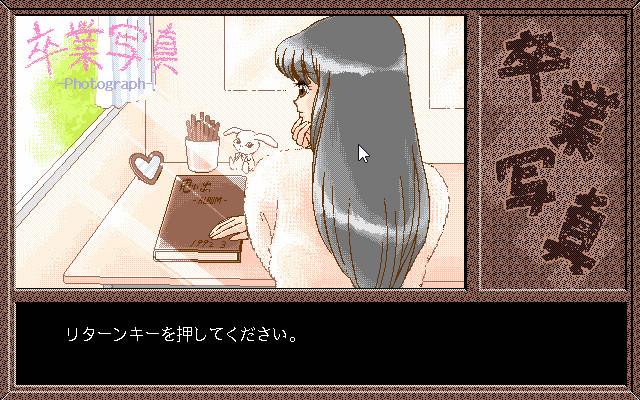 Joker II is the only masterpiece game of February 1992.

VN of the Month January 1992 - Himitsu no Hanazono

Himitsu no Hanazono is the most curious game of January 1991. 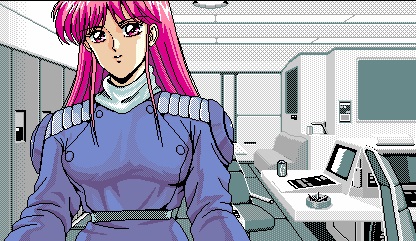 Year 1991 was the first with monthly issues and for that reason the hardest. Let's first try to determine its prominent features for VNs:
- Number of adult games increased greately to some 100 titles overall
- PC-98 era arrives with mouse support and the older systems finally lose support
- RPG percentage remains high at some 20% while ADV grows significantly to  some 50%
- New sub-genres appear - point-and-click, quiz, board game.
- Some games start to use action icons instead of command selection thanks to mouse use.
- It's the last year without any government regulation. After November 1991 shoplifting incident regulations being created. 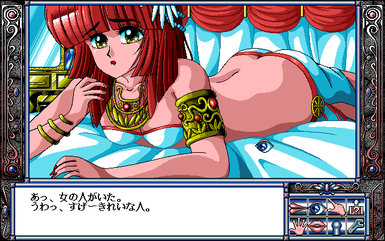 Gidyy is the only masterpiece of December 1991.

Psychic Detective Series Vol. 5: Nightmare is the only masterpiece of November 1991. 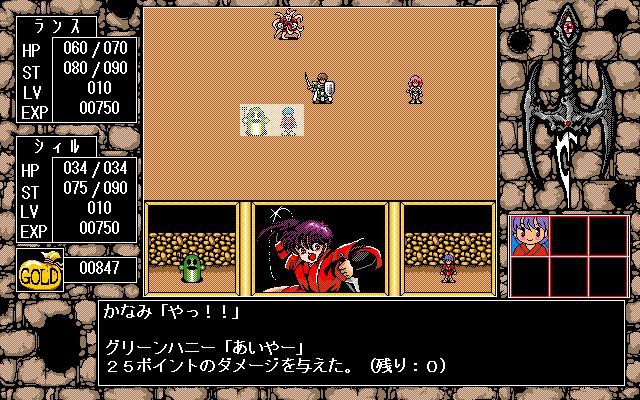 Rance III - Leazas Kanraku  finally gets solid mechanics and is worthy to be called VN of October 1991. 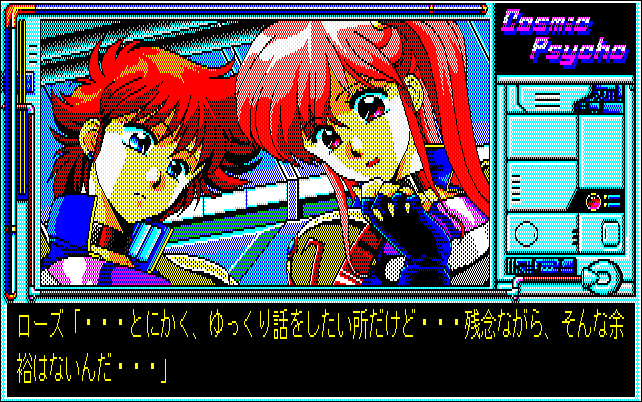 Cosmic Psycho is the only masterpiece of September 1991. 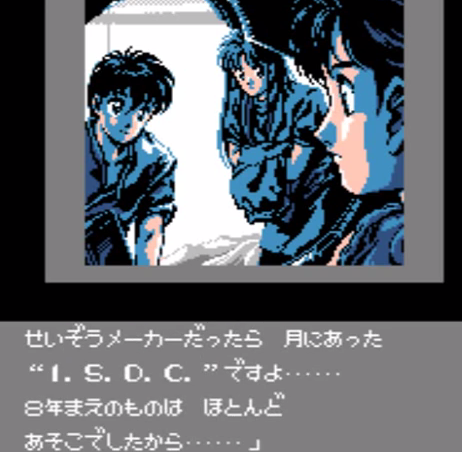 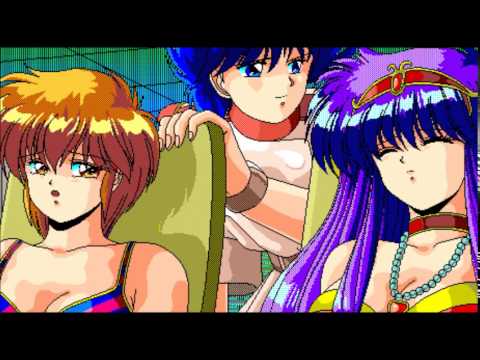 Nike is the VN of July 1991. I also value Cybernetic Hi-School Part 4 ~Ape Hunter J~ high, but in the end it's just a bakage with quiz mixes. 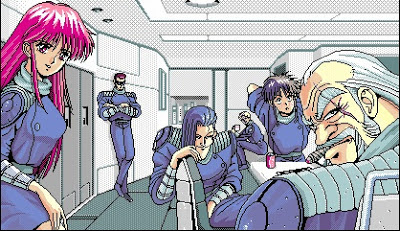 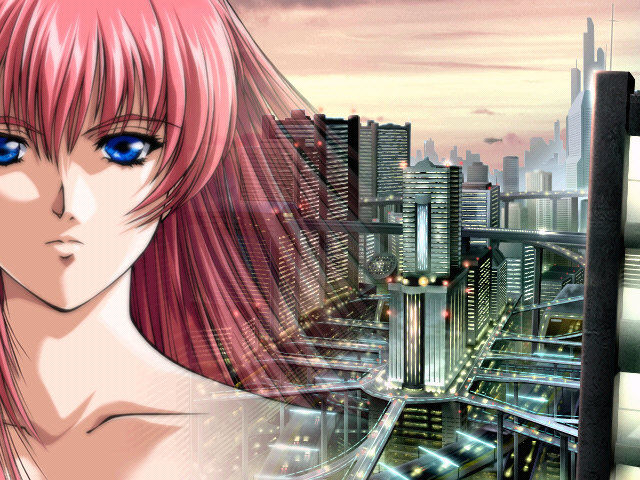 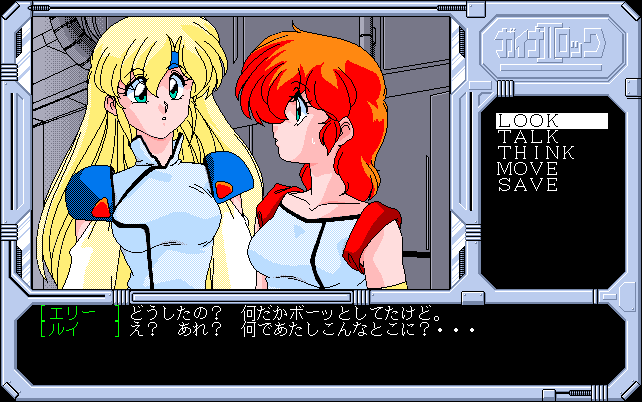 Ginsei Senshin Guynarock is the VN of May 1991 by default - it's the closest thing to a visual novel this month.

I put Psychic Detective Series Vol. 4: Orgel above other games in April 1991 even though there are also such masterpieces as CAL II  and Nostalgia 1907.

Jesus II is the only masterpiece of March 1991.

VN of the Month February 1991 - Akagawa Jirou no Yuurei Ressha

Akagawa Jirou no Yuurei Ressha is VN of the February 1991 by default - Prontis is too much of a half-baked game.

There are no masterpieces in January and Dragon Eyes becomes the winner by default since it's the closest thing to a normal visual novel. 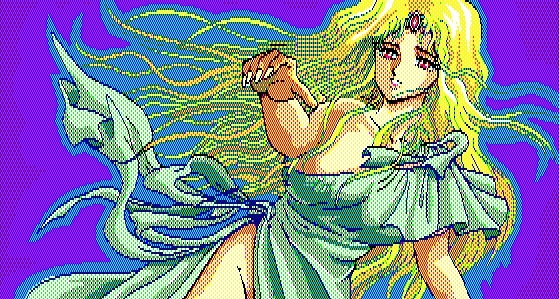 1990 is the year of RPG. Their number and diversity put interactive adventures VNs to shame. 1990 is a revolutionary year in many aspects. First doujin works, first nsfw covers, first explicit sex scenes, first lgbt game, first strategy and SIM VN mixes.
The big three candidates for the VN of the year are De-Ja, Toushin Toshi and Misty Blue, but De-Ja exploration and humorous nature is much to my liking and thus De-Ja is the VN of the year 1990.