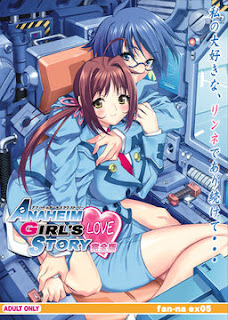 Foreword: So this is the second review of the Project get every single medium and long length English VN evaluated. The novel under review is Anaheim Girl's Love Story by short doujin-maker studio Fan-na and it's here only because it miraculously managed to stretch the dialogues to 10 hours and because there appeared a person to actually translate all those talks and because the only review I found is fuwa-fuwa review on yurination with no score given - thus all three conditions miraculously coincided and here I am trying to figure what this game is about. I only appreciate platonic yuri relations, never ever watched anything of Gundam series and greately oppose doujins and nukige - oh, well, that clearly puts me out of target group, but at least it's going to be unbiased.

Summary: A girls' love story between two Anaheim Electronics engineers. It also chronicles the development and construction of the fourth unit in the Gundam Development Project (GP-04 Gerbera), and its subsequent alteration into the Gerbera Tetra as seen in the "Gundam 0083: Stardust Memories" anime.

Comments: There is basically only one partner and all three endings are outcomes of decision what to do about her her.

Rating Comments: Well, I do not know where to start. Story is plain, protagonist is baka-baka shoujo, all the photoshopped backgrounds and sprite models are crap.

Story: 80% of the game as nothing but small talk and 20% of the game is forced development in attempt to embrace events from Gundam 0083: Stardust Memories. The most exciting thing from those 80% of the game is probably sneak peek at Gundams  - Gundams have about 50% of overall game CGs and always drawn good. If only that quality could be spent on backgrounds and character sprites. I got only the general idea behind all the Titans, Federation, Gerbera Tetra, Zeus and things like that that i've zero awareness of so I see very little logic in actions of main characters and all the drama composed looks very forced.

Characters summary: So there are only two main characters, there's also Marion as a failed main character, two side-characters and a bot that plays probably the most important role in the game. Oh well there is also boss character and Chinese colleague girl, but those are mostly dialogue fillers. 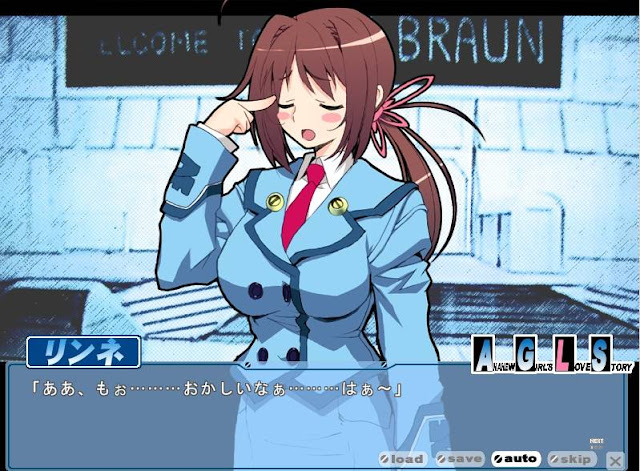 Saotome Rinne is just a baka-baka shojo character who has to be a protagonist and thus be an invalid without brain, without will and without wits. Well, most protagonists need to be this way so that the story could unfold in any way creators want. To reabilitate this characters creators nominated her twice as an annually best junior Gundam engineer. So forget that she's a no-brainer, she's just only good for engineering. Most of choices are phrased by her thoughts and thus look almost the same - Oh no, I want but i can't... I need to say no this time but... But, but... You can't always guess where she's actually going to get with this or that phrase. In the first 80% of the game her choices do not mean much anyway, whether she says yes or no she still gets laid. 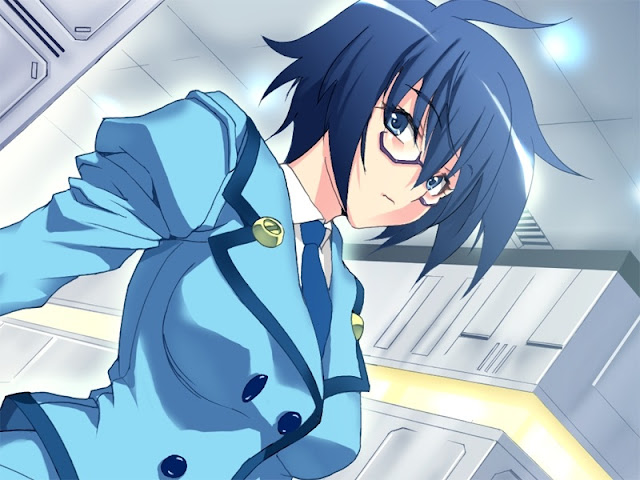 Sophie is our second main character. She's already an experienced engineer. Kind, reserved. But authors really needed a fast developement so there was not any space for acquaintance or roleplay. The very second time she meets Rinne, Sophie just kisses her right ahead. Senpai, why did you kiss me? Oh, well, I just wanted to cheer you up. IN YOUR FACE. Worst development ever 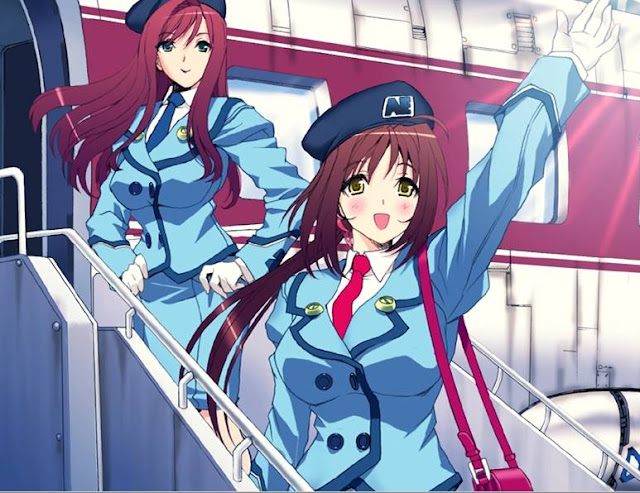 Marion is a stub character. This is the only CG she ever got apart of one h-CG. Arrogant and sharp-tongued, just a generic bi@ch. Her only purpose for this game is small talk and attempts to avert Rinne from Sophie by temptating her. 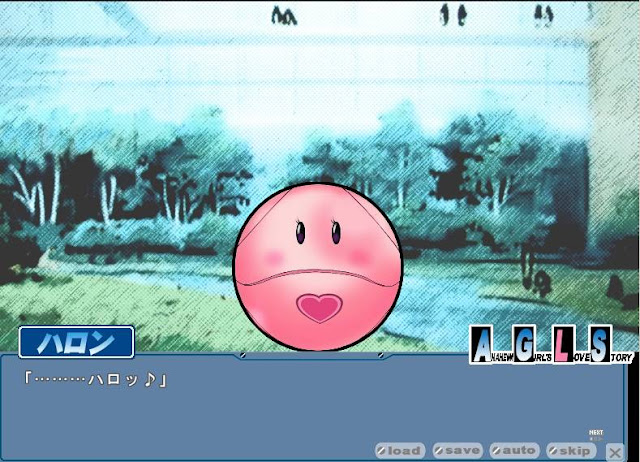 Haron is actually a swiss-knife of the game. He starts as just a cute robot mascot only saying "Ha-ron!" but as the game switches to active phase he just does everything because all the heroes are so useless. He spies, gives advice and even defends his masters. Whenever  autors needed some development, they just threw Haron in. Why do they even need all those various Gundam models when this omnipotent creature like that does all the work. Oh right, Gundams just look cooler and they can hold blasters.

Sexual Content: High
Between the small talk scenes heroines cuddle all the time with the very same HCG repeating over and over with only small adjustments. HCGs look very solid, but by the look at everything else it can be said for sure that they consumed all the budget and efforts. There's even kind of animated HCG scene in shower with every drop of water animated (the very single use of animation in the game)! That's the very spirit of doujin works - they only aim to make memories of HCG scenes.

CG Score: 6/10.
CG of this game look very cool but sample CG are totally the same on every internet board because one thing - those are actually almost the only CG that game has. The game lacks not only non-h CG but even HCG get repeated over and over with just some small change. Out of five characters two secondary characters got zero CG and Marion who actually can be called one of the main characters since she has a h-scene and an ending featuring her - Marion got exactly ONE non-HCG and ONE HCG with two slight variations. So 50% of CG are hcg of two main characters and other 50% are pictures of gundams standing, gundams flying, gundams shooting etc. My biggest complaint is not really CG, but character sprites and backgrounds. Character sprites are surrounded by thick black marker which makes them absolutely artificial and literally drawn. All the backgrounds are just photoshopped real photos and thus leave very bad impression.

Music Score: 8/10. I dont really have any complaints with the music. There were some 30 variations of BGM, two with actual singing. Overall they vary by mood quite ok and do not irritate, but do not really affect the gaming process much.

Conclusion: A must for all the yuri-lovers. A pass for everyone else.
Pros:
- HCG are good
- There aren't too many yuri VNs, especially this bold type
- Gundam fans may be thrilled with such undercover of Gerbera alteration events
- Game has 10 funny omake stories and seiyu freetalk
Cons:
- Plain Story
- Irritating background and character sprites drawing
- Very random actions of heroes
- Bland and clishe characters