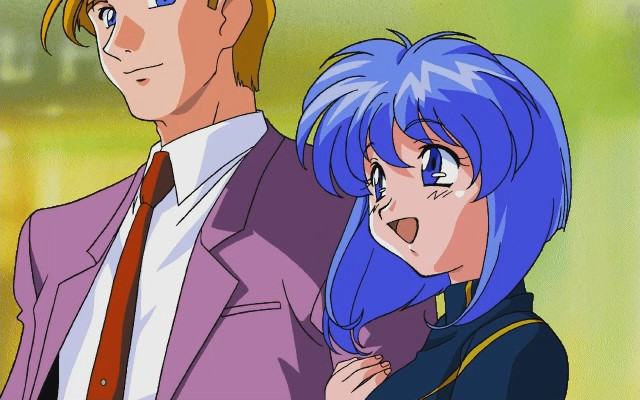 Foreword: Why review a Sogna game? Aren't those just short mindless animated H episodes? Those were my thoughts as well. And that was actually true for the earlier series. Then something happened in 1994. Instead of the usual numbers alongside "Viper", game Viper-GTS appeared and it was a one-story episode based on earlier V6 short story. Then followed titles with numbers, as usual till Viper-BTR which is a one story game based on short V12 story. But same as GTS, BTR is indeed ero-centered. And that concludes PC-98 era for Viper games. First Windows Viper is Viper-CTR ~Asuka~ which is as usual based on another previously featured short story in V10. And I actually consider Viper-CTR ~Asuka~ "almost" a masterpiece. Its only problem is that it only takes 50 minutes to clear it, but it's stuffed with four H scenes.
So why I'm retelling information that's easy to get from VNDB? It's because Viper-F40 is a totally different game and it's absolutely wrong to measure it by past Sogna experience. First of all, Viper-F40 has only one big story. That's not a new thing, of course, after GTS, BTR and CTR. But it is not based on any previous short story which means the setting and characters are created anew. And now the main part - the game takes almost 4 hours. And that's at least three times longer than any previous Sogna game. And I aspire to prove my point by showing that contents-wise it's also an absolutely new game. 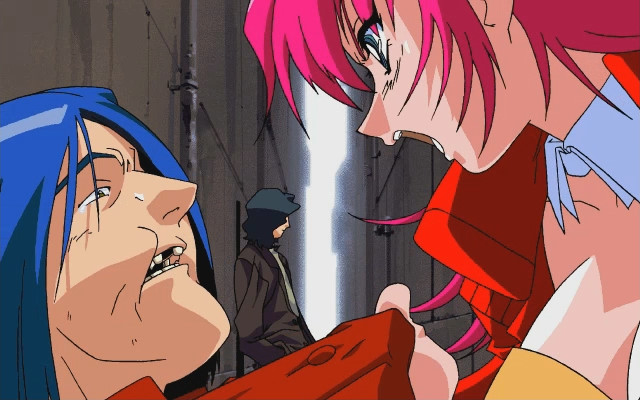 Synopsis: A police investigation unfolds as detective Lilia and her freelancing friend Raika attempt to solve the mystery of three missing persons. Their investigation draws the ire of a small gang...
Structure: Single route divided into 6 days.
Length: Took me 3 hours 45 minutes
Game type: Normal ADV with location choices.
Difficulty: Easy - one single road route.
Character Design rating: 7/10
Protagonist rating: 7/10
Story rating: 9/10
Game quality: 9/10
Overall rating: 8/10
Rating comments: The scores speak for themselves. An absolutely superb game where I only missed protagonists depth and additional sub-characters. Game's full voiced and animated and only inability to properly level down BGM volume gets a quality penalty for me. Story also gets a small penalty since it resembles EVE: Burst Error in too many ways. 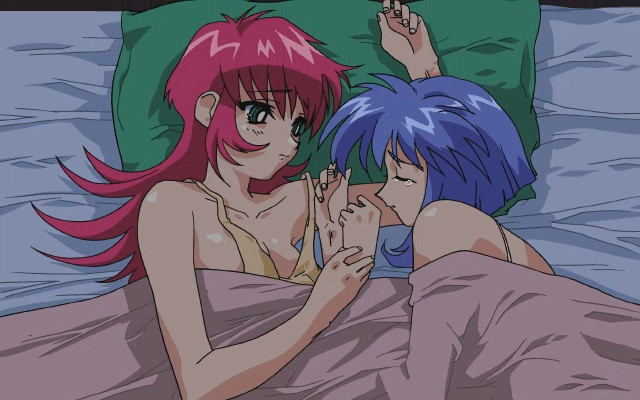 Protagonist: There are two protagonists in this game. And the game changes protagonists' perspective from time to time at certain points. First protagonist is a more traditional police woman Lilia. She has her small secrets like an affair at work but overall she's normal. That's basically our EVE Marina and she also works not just in police, but in special investigation unit. The second protagonist is female detective Raika and things have been running slow for her, so she agrees to try and help Lilia with the case. That's our typical Kojiroh, but in female form (since Sogna games need women!) - untidy, careless, but with a spark of detective genius. She also has an assistant Seela who is a daughter of police department chief. Raika used to serve in police, but quit it when the killer she caught was released due to killing under the state of affect. Both main heroes are nice and they interact in an amusing way, but they're not Kojiroh and Marina and the length of the game does not let to develop characters further. 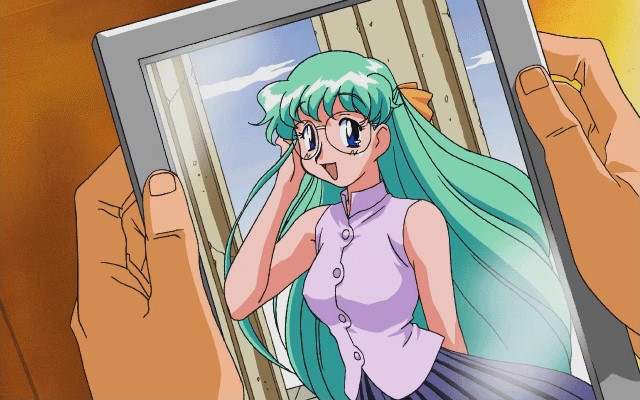 Characters: All the other sub-characters are males who represent police station. Pretty great characters. Police chief is a brutal old-school guy. Laboratory expert Lloyd is an intellectual who is surprisingly perceptive (he actually solves all the cases by himself). Police office clerk Mark is the guy Lilia dates, quite a charmer. I really like it when the game has strong male staff.


Story: Game starts quite slow with some not so exciting disappearance case, walking around the town and questioning the people. And all that hardly bears any results so Lilia asks Raika for help. And Raika basically does all the same - visiting the same areas and talking to the same people. She finds some clues, but basically stalls as well. Then Lilia recieves a letter with threats delivered to the police office - the demands are to stop this investigation. And then Seela disappears which is seen as implementation of the threats... It would be a spoiler to say anything more, cut exciting part of the story only begins from that moment. I've counted three big plot twists and treacheries alone. And now the main reason why F40 can't be treated as other Viper games. There is no erotic content for the whole first half of the game which is over one and half an hour. Is not a good enough reason? Then what you say to this - both first main H scenes are shown not as fun interlude, but as disasters with actual deaths of characters happening as a result. It's a very serious drama that traumatizes both main characters. But it's also not an nakige as things smooth up a bit towards the end of the game. It's a very serious story touching difficult social matters. 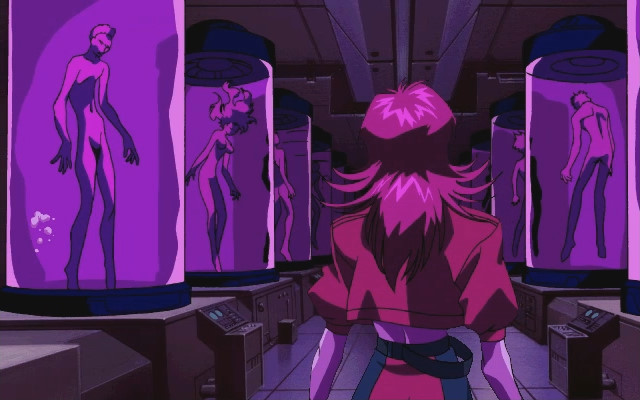 Theme: Main theme of the game is the same as in Eve: Burst Error, but explicit explanation can easily become a spoiler.
CG: I'm fully content with the number of CG. Due to the game relatively big length there is no animation in every scene and sometimes only months are animated, but that's more than enough.
Sound: I already complained about inability to decrease sound level. Well, there is such config option with three different volume tabs, but decreasing any of it lowers down the overall sound in the game, but not voice of BGM sound. Game is fully voiced, but I found couple unvoiced scenes, like dialogues during memories recollection. Also I'd like to not that there is no narrator in the game and narration consists of dialogues that are all voiced. 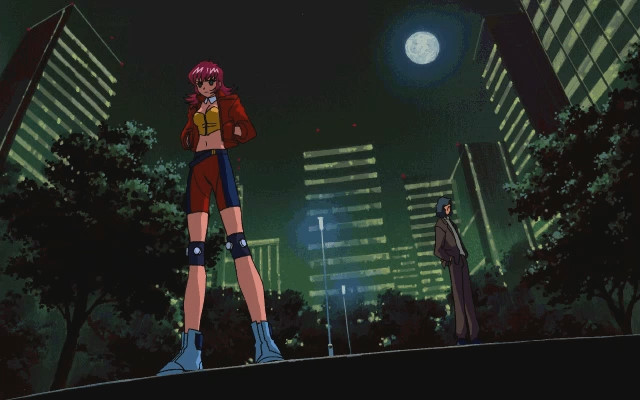 Overall comments: I would not consider F40 to be a degraded clone of EVE: Burst Error. In the end those are absolutely different stories with only archetypes of protagonists and main theme being the same. Sogna has a unique approach that is implemented in dialogues driven story and high animation level. There are so many twists in the story that I happened to blame the same persons for criminals then rehabilitated then blamed again for several times. But there aren't extra scenes in the game. If some seemingly unnecessary scene is shown, it has some meaning - and it's satisfying to notice those short scenes upon watching the game for the second time. As I see it, Viper-F40 is Sogna's attempt to go away from fanservice works towards serious stories. Whether Sogna succeeds in it or not we shall know from its remaining games and hopefully my reviews of them. 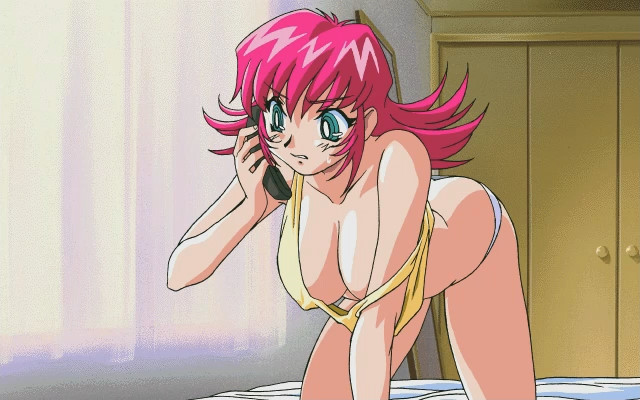