Foreword: I was prejudiced towards this game after reading Japanese reviews blaming it for scrapping story in favor of H-events, but in reality the setting, plot and characters left me no choice but to get to the ending.
Title: Rougetsu Toshi
Developer: Softhouse Bonbee Bonbon
Date: 1997-12-26
VNDB link: https://vndb.org/v15347
Youtube walkthrough: https://www.youtube.com/watch?v=BX9cGamwbB8&list=PLENAECnNmAq9uoqPyBvnAsL7316x1C3bc 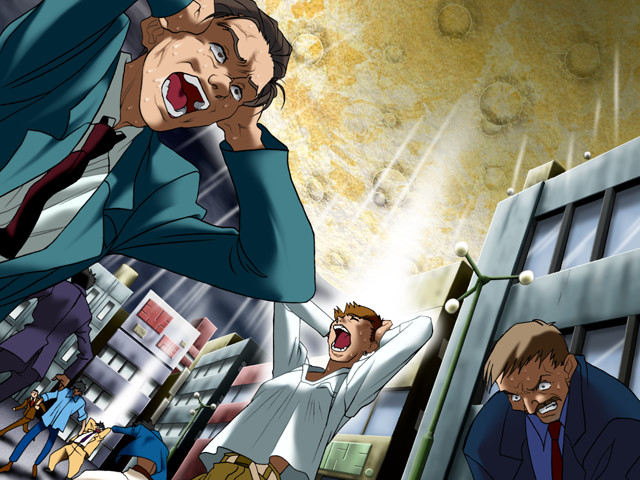 Synopsis: Tokyo at the end of the century got completely blocked from the outside world due to transformation of Kanto plains and emergence of black fog that blocks radio waves. The raise of shady organizations and appearance of strange dreams make people uneasy. Hero acquires mysterious power to oppose those threats. 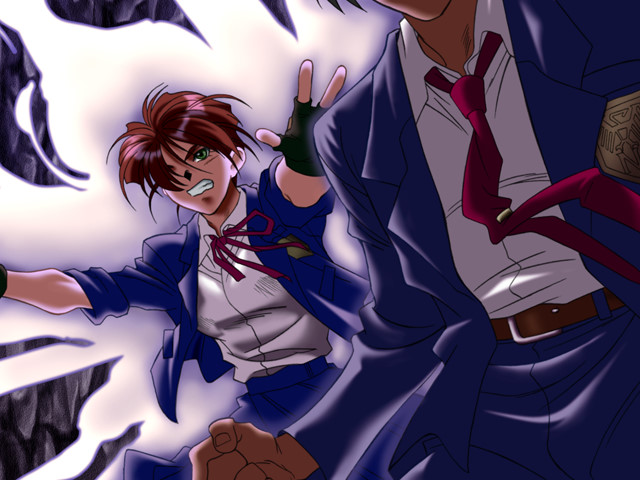 Rating comments: My rates reflect my hesitation between 8 and 9 as final score. Game felt like a firm 9 during the most of its course and and only in the last third some of its flaws became evident after grasping where the game was finally going. I expected even more epic ending and at least some sort of epilogue. Otherwise it would be 9 since the game is of surprisingly high quality with individualistic characters, old-school charming design and a well-rounded story.

Protagonist: Akira Myouji is an average high school student who starts to see strange drams. However he has a formed personality and no real weaknesses thus he has a cool aura. He does not look for H events, but is rather coerced towards it or does it out of necessity. The reason is that crystal bearers have to compensate their negative destructive energy with some positive life creation act... oh well, at least there's some kind of justification. 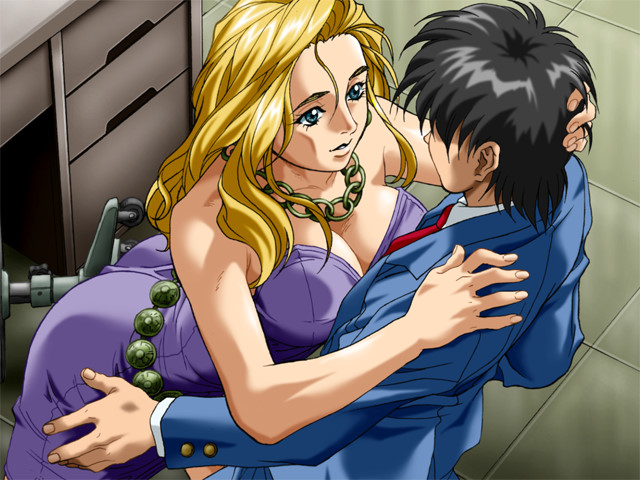 Characters: There aren't main heroines in the game. There is childhood friend Asuka, her best friend Kuriko. There is also police special female team with the following cast: leader and descendant from ancient monsters fighting clan Suzuka, reserved blue long hair beauty Aoto, undercover transfer student Yuka, eccentric burly personality Mai and undercover Health room nurse Shiho-sensei. There are also side characters - strange library girl Kuko and school teacher Biho. Needless to say, they all get H-scene and sometimes much more than one. Most of the characters are grown-ups and everyone is memorable and attractive. My favorite character is Kuriko. We first meet her when she gives Akira a tour around the school - and while at it she badmouths pretty much everyone and gives skeptical comments on everything. Then she suddenly starts to avoid Akira and has a fight with Asuka and in the end Kuriko turns out the the most mysterious person with a huge role to play in the story. 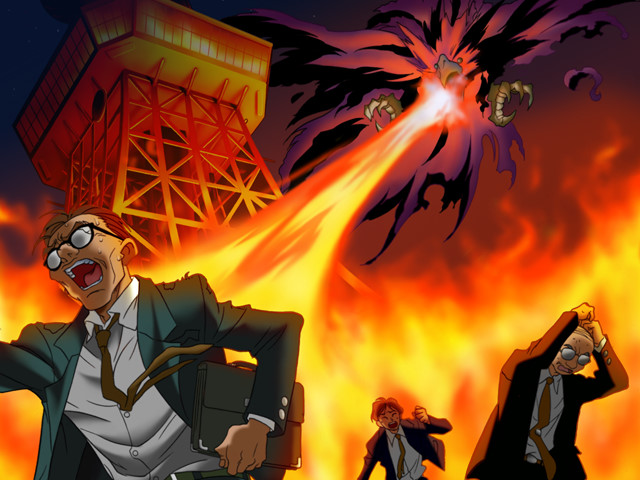 Story: Story can actually be described in couple sentences. Akira visits school and sees strange wet dreams about opening of the first game at night. One day he sees TV news broadcast about monster rampaging on the main square and hurries there to protect his friend who might be there. As police forces get thrown back by the monster, Akira manages to create a spirit gun and kill the monster with one shot. After that he's drafted to a special police division of spirit gun users unit and together they try to uncover the mystery behind school girls disappearance and prevent opening of the rest of four gates and the end of the world that ensues after all five are opened. But actually there's much more in this game than this dry outline, like development of relations with different characters and side-lines like the fate of the hooligan band or identity of woman who comes in the dreams or mystery behind Akira power (he can't control it and fails to use it when he wants to). Add to then the apocalyptic dark setting of isolated Tokyo standing on the brink of destruction by monsters or environmental disasters and you get more a less a full picture.

CG: Great number of CG and I absolutely love the style and design. 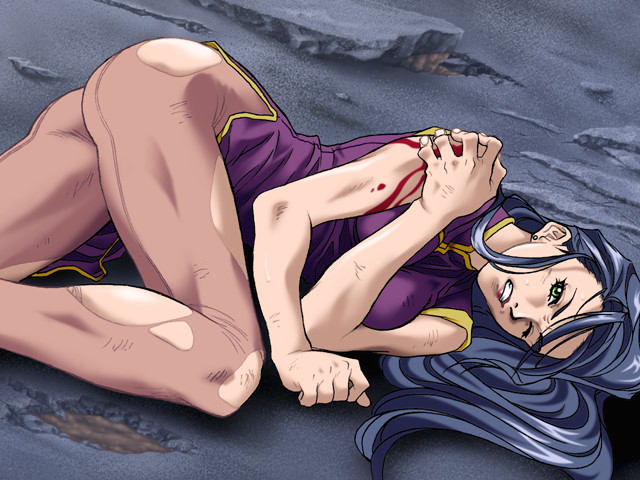 Sound: Only girls are voiced. BGM is notable, especially the piano composition by the end of the game.

Theme:  Title of the game can be roughly translated as "hazy moon city" and the moon plays a big role in it, especially in the second half. There is almost no sun in this world and outside scenery is inevitably dark, but by the end of the game the end of the world happens literally by the Moon sucking Tokyo city in. That's a great sight and decent metaphor.

Overall comments: Game turned out to be a big deal and a serious chunige story. It lacks the multiple routes diversity or the philosophical basis of the events, but it's an epic apocalyptic adventure story and game tells it brilliantly and logically. Just don't expect complex elements and Rougetsu Toshi will definitely attract you with its dark charm. 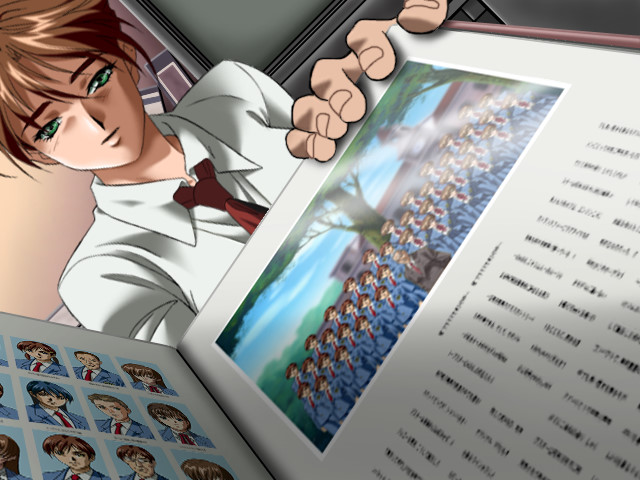