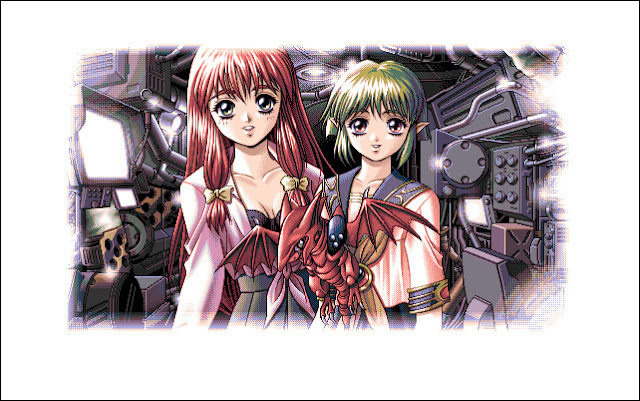 Foreword: There is a negative English review, but VNDB voting shows a decent 6.72 score atm and this is Silky's story oriented work, same Silky's that I praised multiple times for Kawarazaki-ke no Ichizoku, Reira Slave Doll, Ushinawareta Rakuen and Koihime. So I decided to make it to the end of Jack ~Haitoku no Megami~ no matter what.

Synopsis: You are Jack Martin, a drunken, selfish, sex-driven bastard of a detective. You recently received a job to capture the inter-galactic terrorist "Phantom". The Phantom has been confirmed to be heading toward a galactic convention on a transtellar shuttle. This is where you come in. 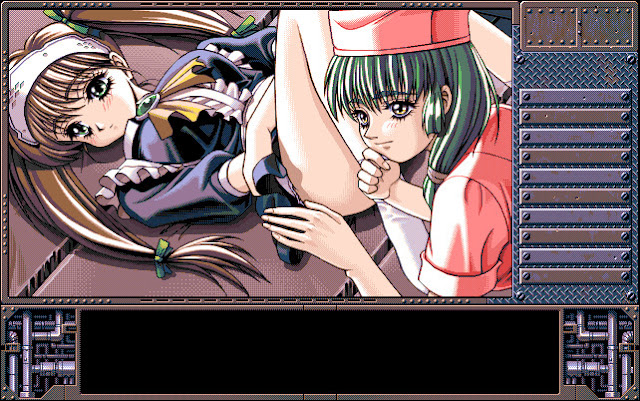 Rating comments: Pretty high score still. The introduction was very shallow followed by meeting meaningless characters having meaningless talks and then I entered the wrong branch where Jack just dozed off after drinking session at the bar oversleeping the important meeting and missing the whole murder case at the ship bridge... then there were some random girls encounters and then just something hit him in the head killing him after over 2 hours of play... wow, I felt really miserable at that point and that first impression really hurt evaluation. Then I followed a walkthrough and finally remotely understood what was going on. Other complaints are to be touched in corresponding sections.

Protagonist: Saying Jack is a bad protagonist is saying nothing at all. He's horrible. He does not have a single plan. All that he's doing is drinking in the bar and then drinking in his room occasionally having other girls drinking with him in the bar or in his or their rooms plus occasionally meeting some faces in the corridor. And if he drinks with the right people the story manages to unwind by itself... 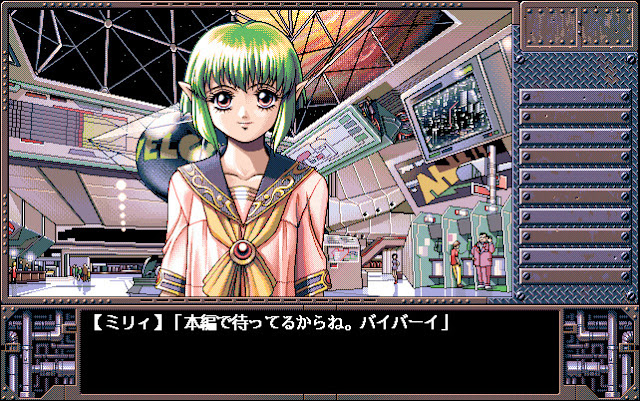 Characters: Characters are my biggest complaint in this game. There are a lot of girls, but they just flash here and there, throw a few dialogue lines and disappear in order to reappear in some spontaneous even leading to a H scene. Reni is the main heroine of the game, Jack's partner. She's an island of sanity in this asylum, but there's an impression that she just sits in the room all the time, so she never actually follows Jack. She does provide some insight, but apart of that she ain't much supportive.

Story: There's little in the story department. Main heroes hunt for mysterious Phantom, then a murder happens and they start investigation which does not bring any results, really. At some point Phantom just pops up and a swift resolution follows. I was greatly misleaded by the line about the dragon in the English review - actually it's not a normal dragon, but a space dragon that hatched from a huge space egg, so there's no shift in the setting. 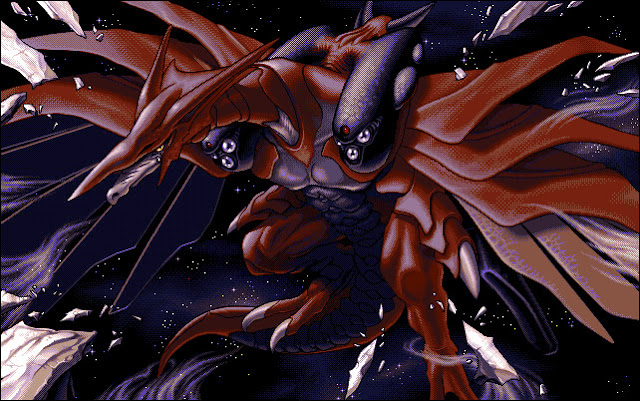 CG: Nice, but few'ish - but lots of HCG. Colors are kind of dim like in Reira while I'd prefer something more bright like Ushinawareta Rakuen.

Sound: Tracks are pleasant, but there are some 8 of them which is not enough.


Themes: Ok, this game actually does not have a symbolic theme, but why not mention couple repeating features
1) Oh, what time is it? Let's check the watch. It's 14:10. There is still a lot of time left. Those lines with slight variations are repeated so often, but I don't think there was some deadline ever so all that talk along with the clock integrated in the interface have little meaning.
2) The throat's got dry. I want to drink alcohol... Those lines are repeated over and over at those rare moments when Jack is not actually drinking. At the culmination point of the game in the mids of battle with Phantom he repeats the very same lines... That might be a nice feature of a cool protagonist, but Jack is not cool. He's rather miserable. 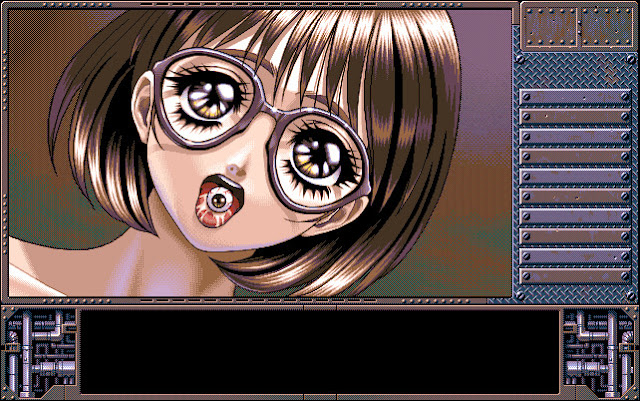 Overall comments: I seem to be bashing the game in every section, so I'd like to focus on good sides in conclusion.
1) First of all, the game plays as a contemporary visual novel with just clicking through and occasionally picking lines of choice.
2) Secondly, the constant drunkenness of protagonist opens up new opportunities like distorted consciousness and free flow of thoughts.
3) There are some nice to observe archetype characters like a homo, an obviously super suspicious mechanic, an esper.
4) Jack himself actually gets some character depth by the end of the game - we get to know the circumstances that caused him to drop from an elite military unit and start to drink.
5) The SF setting is quite interesting, actually, with postwar spies hunt and mysterious space events like that space dragon.
So it's not a masterpiece level game, but a solid Silky's experimental game. I like works with an SF touch Silky's is smart enough to provide an entertaining product. I'm looking forward to reviewing their next game Fermion ~Mirai kara no Houmonsha~. 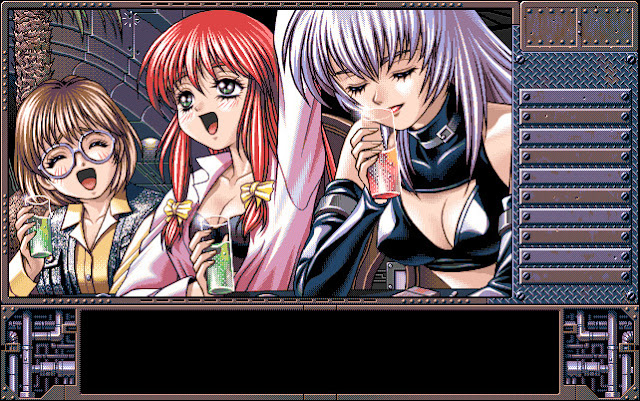