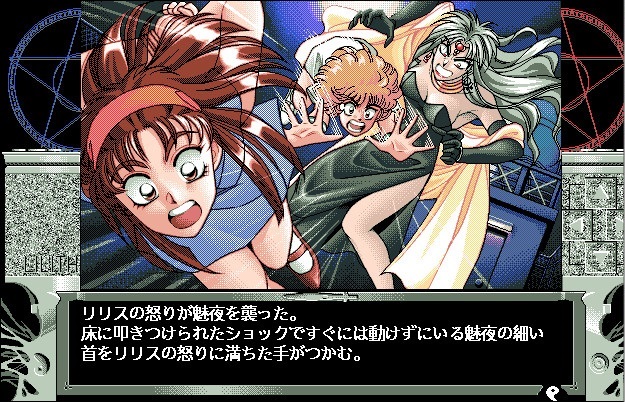 Foreword: Game's totally obscure and there just one quite shallow Japanese review exists, so I'd probably miss this wonderful game unless saw Four-Nine as developer. And I'm really happy I did!

Synopsis: An intense night battle between kunoichi clan leader and evil biblical spirit Lilith ends with kunoichi falling into coma state.
A cat gets into an ordinary student Koketsu room, transforms into a girl and claims that Koketsu got her master kunoichi spirit and must help her master and defeat Lilith. The problem is that nothing is known about Lilith but the name and together they set to uncover its secrets.

Structure: One route
Length: 11 hours
Game type: Command selection adventure
Difficulty: Challenging since there are gameplay elements introduced with walking on schematic map and triggering events including traps, some of which result in game over. Once I even managed to trigger game over during a H event! And there is no scene replay - you'll have to replay from the last save game.
Character Design rating: 7/10
Protagonist rating: 8/10
Story rating: 9/10
Game quality: 8/10
Overall rating: 8/10 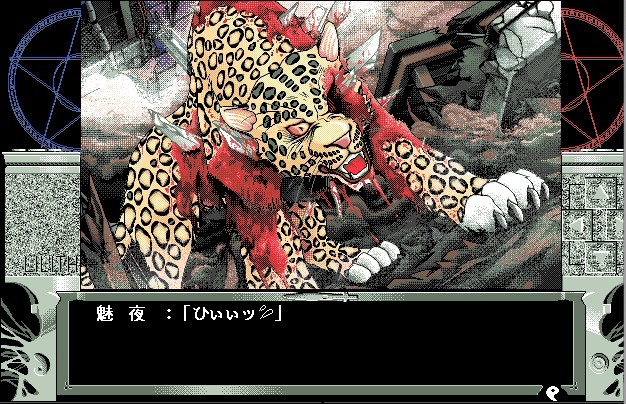 Rating comments: I can't praise this game enough. Lilith came a year after Gao Gao 3rd and it fully inherits the spirit of Gao Gao series, just with a slightly different setting. The story is surprisingly solid and long. Protagonist is the strongest compared to all the Gao Gao series games. Characters serve the story purpose mostly, but they spend so much time with Koketsu that we get to know everyone very well. The gameplay elements are really annoying when encountered, but those get easier and easier as story goes on, so the impression gets balanced. Being PC-98 exclusive, game is not voiced and can feel monotonous at times and only for that it's not a perfect score.

Protagonist: Koketsu is a normal student proficient in Kendo. And I can only admire how he manages to beat all kinds of beasts, demons and undead all by himself with his wooden sword! That kitten girl is absolutely useless in battle and strong allies join up quite late in the game. There are strategic retreats at times, but mostly he just beats crap out of anything! It's been a while since I encountered protagonist that strong. He's funny, cool and takes decisions himself. He reminds Wolfy from Gao Gao 3rd-4th a lot.

Characters: I'm not really sure for transcription, but cat-girl is Miya. There is also childhood friend Minoru. Eventually a fox girl comes into stage and kunoichi Sasame comes out of coma, so we get quite a harem here! And most of enemies are girls, of course. What actually delighted me is that not every female enemy gets a H event unlike Gao Gao series. There are also numerous neutral/episodic female characters in the game, so there's not enough time to devote to separate heroines. 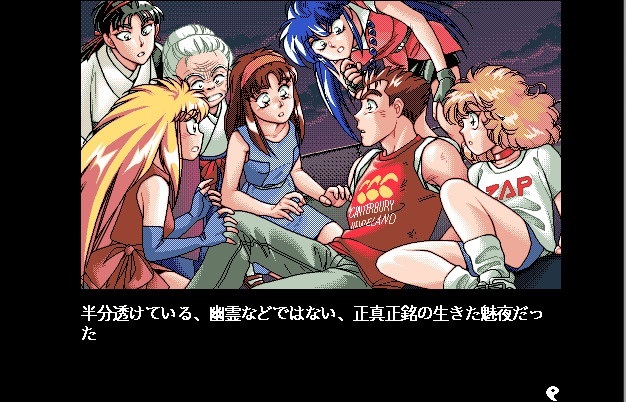 Story: I absolutely liked the story since it was absolutely unpredictable and full of great enemies, battles and blood. There are so many civilians and enemies killed violently that Gao Gao does not come into comparison even remotely on the matter. I also liked that at some point story got some structure as heroes needed to get all three spiritual stones. So each of these spirit stones parts and next fighting parts have each a beautiful legend in the core. Some of those stories are even about our enemies which totally blasts. Since I divided the videos by structural parts, it's well worth to mention those when talking about the story, but without too many spoilers, of course. So Koketsu with Miya just gather information about Lilith from various sources and work out a course of actions in introduction. Then gathering of three spirit stones follows. And second half of the game is devoted to numerous encounters with old and new enemies. That's the gist of it, but there there is a lot of content for 11 hour story.

CG: Relatively big number of CG, but as usual for Four-Nine, only HCG are full screen size. What I especially liked is that there aren't many H events in the game. And H content is filled by inserting many random H events that are peeped while investigating some locations. Quite a lot of H events with Koketsu are packed by the end of the game since he needed to restore a lot of energy and we know an absolutely best way to give an injured bleeding hero energy!

Sound: About 10 tracks, but those are totally different and very nice non-mechanic. BGM really adds to the charm of the game. 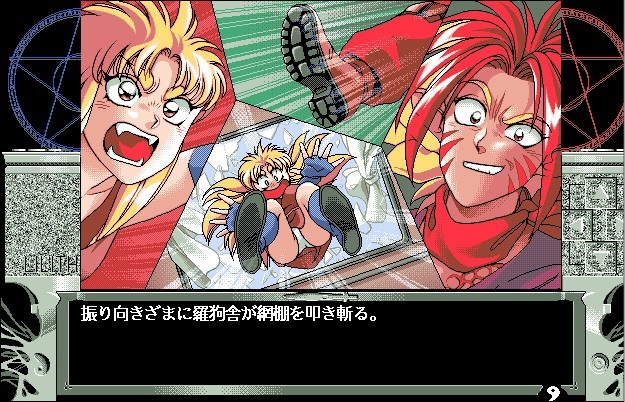 Themes:
1) Lilith is the supposed first wife of biblical Adam, so religion has an important role in the game.

Humor: I was surprised to see so much mild humor in the game. It's totally the Gao Gao type. Some cases that come to mind to get a taste of it:
1) Christian priest says he studies Japanese culture and he already knows of ninja, geisha and hara-kiri!
2) One heroine was found in the bushes and she just can't excuse Koketsu for stealing her first breast! As it turns out it's the the same thing as the first kiss, but about touching a breast.
3) An exchange student is asked if she knows something about Lilith. It's a girl who went through a mirror to the wonderland (No, it's "Alice")! It's a game where you turn blocks and stick them together (No, it's "Tetris")! It's a fighting game between monsters where king is the mummy (No, it's "Anakaris")! It's shameful to say it as a girl, but it's what men have between the... (PLEASE STOP RIGHT THERE!)


Overall comments: This is a masterpiece and the exact kind of hidden gem that I would like to find in visual novels. A rich event-driven story with very unusual, but appealing characters (most of characters are half-bests as in all the Four-Nine games). So why is it so obscure then? There are many versions: command selection gameplay, trap/puzzle sections, bad endings, slow start of the game. But I also blame December - there are so many visual novels issued each December that it's sometimes difficult to find the place in the top 10 and the rest are deprived of attention. 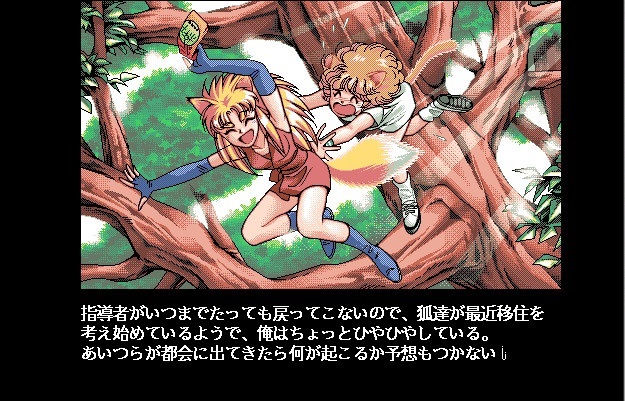