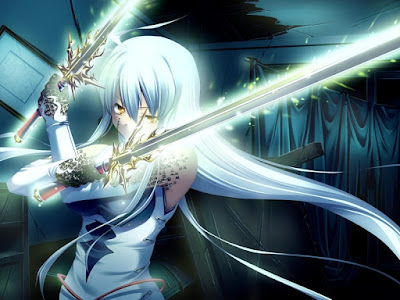 There are only six titles this month to choose from, but four of those are masterpieces - Shinjisougeki Carnival, Devils Devel Concept, Like a Butler and Tapestry -you will meet yourself- . Reviewing first two. Micchi has pretty much the same, plus three vns that I block as nukige, but what's really funny is that he considers only delayed game Areas and Yoake fandisc big titles. Expectations and outcome don't necessarily coincide.