Foreword: There were three particular reasons to choose Purepure for review. First, because May 2000 disappoints me with the range of games - most games are either charage, or nukige, or gameplay focused games. Secondly, I see Purepure similarities with Shunpuu Shoujo that I love gently. The third reason is that I see this game to be very different from previous Ange games. I'll try to elaborate in the main part and give my reasons for nominating this game as game of the month in conclusion. 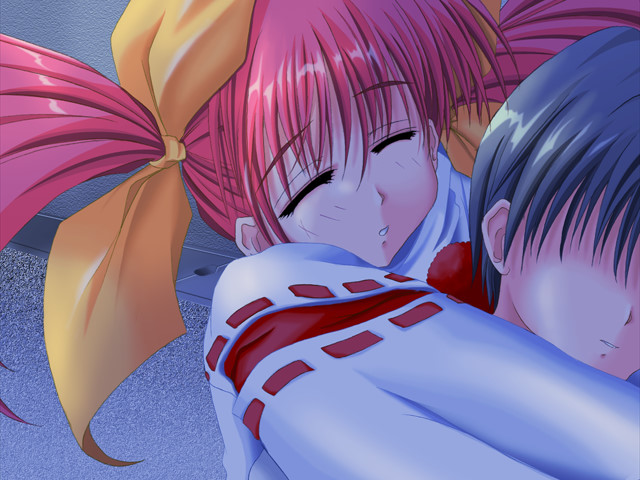 Title: Purepure
Developer: Ange
Date: 2000-05-26
VNDB link: https://vndb.org/v13524
Youtube walkthrough: https://www.youtube.com/watch?v=jMpR_BlLqDc
Synopsis: On the moonless night the hero stumbles upon a strange girl. She speaks of herself as master of ceremonies that was kicked out due to being useless. She ends up living with the hero. What's there behind her past?
Structure: Game is divided 14 days with 10 days for setting flags and four days for displaying outcome.
Length: 3-4 hours
Game type: Celestial artifacts girl mystery
Difficulty: There is only a dozen of choices, so easy, I guess. But there are other branches as well.
Character Design rating: 4/10
Protagonist rating: 4/10
Story rating: 5/10
Game quality: 4/10
Overall rating: 4/10 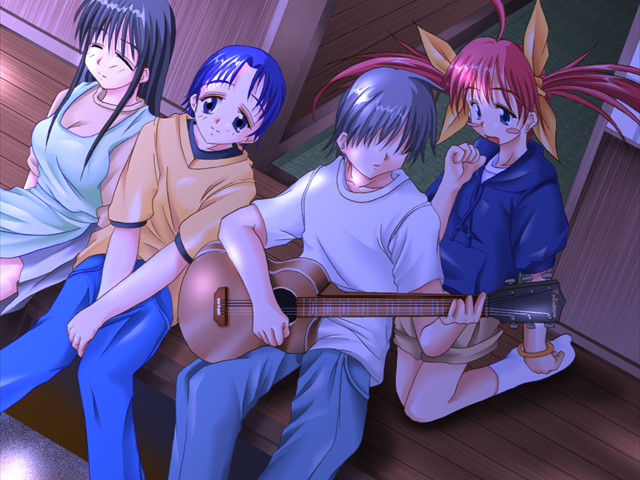 Rating comments: Such ratings from me only mean one thing - game is an absolute disaster. I choose the game for the story and its serious development, and story was somewhat okish, but can't point out anything else.
Protagonist: Nothing special. His presence is not felt at all.
Characters: There are five heroines overall, but I see no reason to play any route but the main heroine Saki. 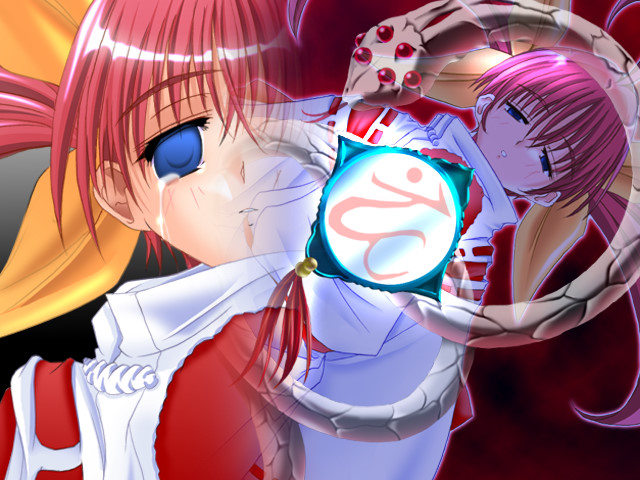 Story: Story is quite a copycat of Shunpuu Shoujo except for the fact that Saki is not a celestial being herself, but she possesses mysterious sacred mirror and hand-band. The whole flagging part and a good half of "route" path is just water with absolutely unexpected ninja H events on the way. The actual drama finishing part has the same conflict as Shunpuu Shoujo which saddened me a lot, but without the cool angel buddy and humor. The conflict is almost non-existent and resolution is unnatural. I know there is also a bad ending in the game, but I can't possibly see how it can mend anything wrecked so much at that point. 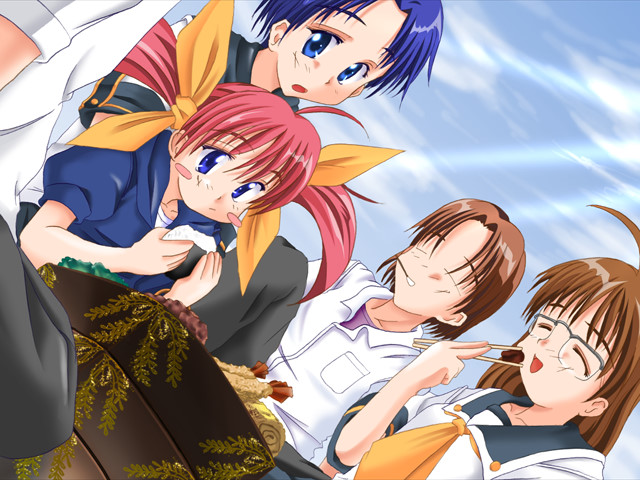 CG: There aren't many CG in the game, some 80sh with HCG occupying over half of the number.
Sound: BGM was quite pleasant, but repeated itself too often. I doubt there are even 10 tracks here. No voicing at all.
Humor: I failed to find any humor in the game even in situations where CG are meant to be funny. 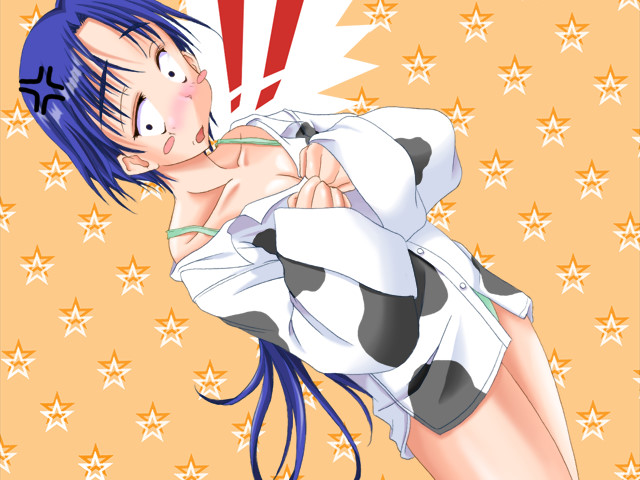 Overall comments: So Purepure is horrible to my taste. What strikes me the most is how it's different from previous Ange games. Ange games were never high quality ones, but they were based on curious stories and had a special style, mostly graphical, so that I could guess Ange game almost without fail. This game feels like it could have been produced by any lesser known company, just an average game with an average story and drawing, nothing special about it at all. The main question is why Purepure is the game of the month May 2000 then. Just because it's the only story-based visual novel of May 2000. I can't stand moege or hospital nakige. But May 2000 has a big title "Natural 2 -DUO-" that's better in every way! That's true, but I value story the most. Purepure was not a waste of time in that regard. Natural 2 would be a total waste, and I'm especially disgusted with the games that have both pure love and devil routes with the same heroines. Thus we have what we have in May 2000. 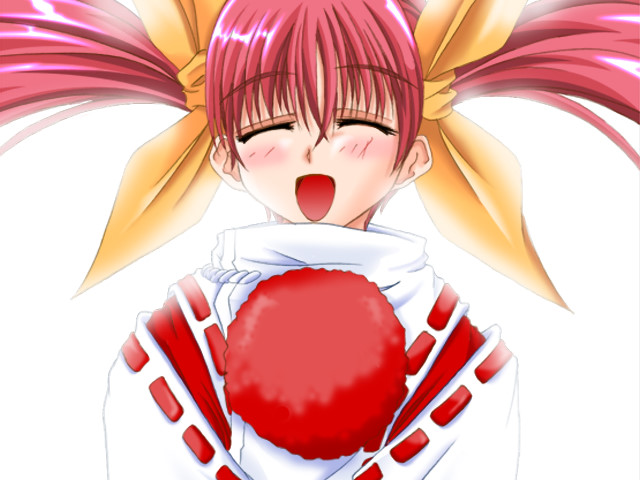