There is a hospital where almost noone is ill, and everyone spends days peacefully waiting for examination day... There is a proper review ( 1 ), so I intended to skip this game entirely. However, I got a request and thought why not, what could possibly go wrong with a game that got an average score of 8.29 on vndb? Actually, everything went wrong right from the start. The genre is heartwarming hospital themed nakige, or so I determine it. I really detest hospital theme and nakige. I would never be able to play Kana little sister, for example. But hey, at least I can find interest in comedy, characters, songs and those fun events at CG, right? I really failed to see traces of comedy in Treating2U. Characters aren't really something that stands out here. In Masami route that I played I could not see her appeal at all, just a traditional Japanese widow, who could just wear kimono as well. She looks to me like an addition to her son Tatsuru, not like a main heroine at all. Japanese reviews also don't rate her route highly, and I admit that for me someone like green-hair scar face girl Ikuno would be a much better choice. 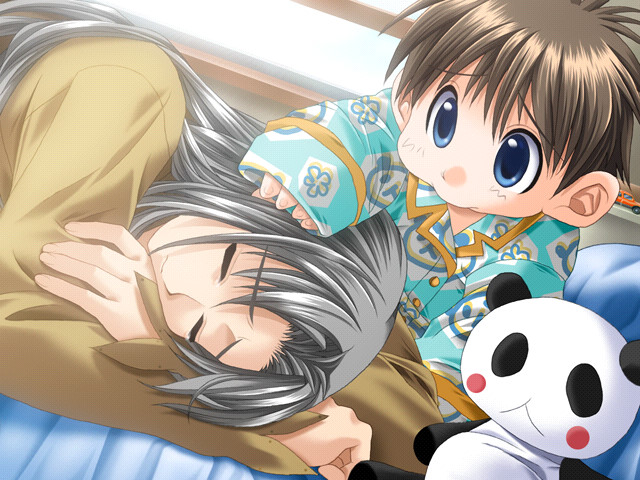 There is one technical issue that absolutely obstructed my gameplay and impression of the game. NO VOICING. It's strange to complain for me - the majority of games I ever reviewed had no voicing. I played every PC-98 visual novel, and none of them had voicing. Blue Gale just had to cut their budget, but story does not become worse just because heroines aren't voiced, right? It would be right if the game had a story. All it has is several human dramas, and the key word here is Human. It's basically a charage - how can a charage be without voicing? I absolutely fail to see humans behind the heroines in this game, just some characters I feel nothing towards. There are six heroines to capture in this game - I really felt it was an excessive number. The whole common route is so long and torturing, because there are too many heroines, and each of them needs to make a certain number of appearances.
But there are other cool elements in this game. There's an absolutely cool protagonist who sings real songs! Even songs could not help the game at that point when you're already 6 hours through the game with not a single word said and either under the same few BGM or in complete and total silence. Main character is kind, adult, cool looking and is good with children. It seems to me he's praised so much, because heroines that bad in this game. Why would I want to watch at an adult man playing with children for couple weeks in the hospital? Common route is what determines a good game. Here common route is long, but is hardly worth talking about - just a playground to get acquainted with the girls. The heroines routes here are much better and really present a unique story each time, but it's just my principle to play only one route for a normal charage without true ending.
The game is just a combination of factors that I can't stand, and because of that I'm unable to rate it properly.