Foreword: Finally a Caramel Box game with a plot that I can actually enjoy. But online RPG development took me by surprise, so I'm totally sold here.

Synopsis: The protagonist, having lost his family because of the faulty A.I. of a machine, makes his living as a professional player of a game called CQ shot.
Suddenly your friend requests you to be a bodyguard for a strange girl who is getting stalked. The protagonist doubt whether or not there actually is a stalker but since the girl seems very afraid, he takes on the job and she starts living with him. 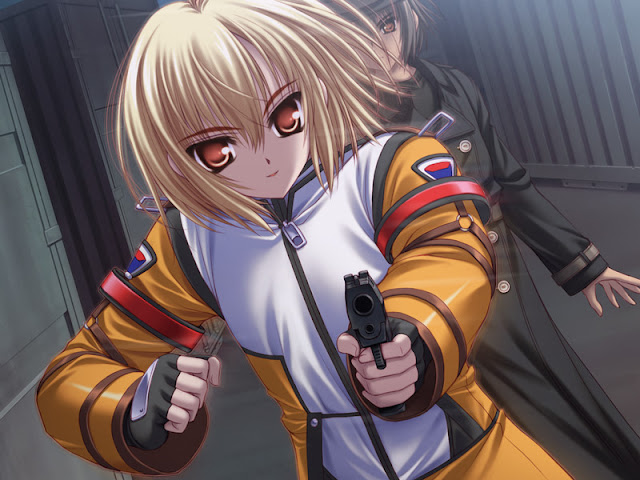 I believe that Aekanaru Sekai no Owari ni deserves to be called a masterpiece. I rate quality as mediocre here, but it's a rare feat to encounter a serious story with developed characters. It does not try to imitate past examples of success stories. Instead, it follows its own path and catches attention with its sincerity. This game is unique in so many ways. 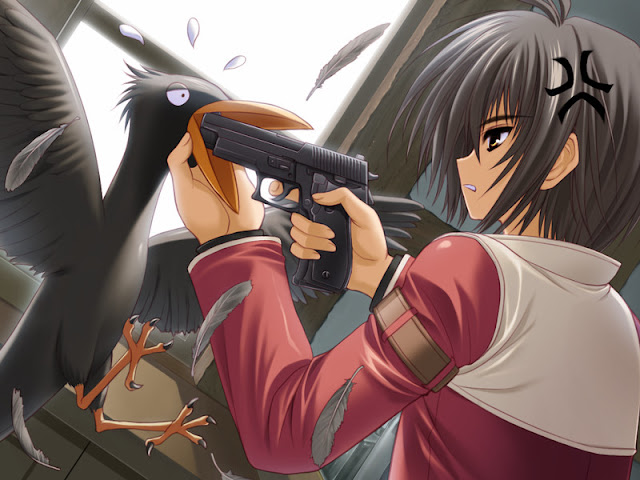 As for the story, it's not that straightforward as it looks. The actual stalker twist occurs quite late. Before that it's a futuristic school story running alongside runaway artificial intellect Ripple line as she finds shelter at Natsume flat. During the stalker incident Ripple uses her analytic and hacking capabilities to avoid casualties, so her existence becomes known to other characters. But stalker incident develops into something else entirely.

Game has an unusual structure as stalked girl Chifuyu route manages to run before the real conflict is even drawn. Other girls follow the same plot-line different only by the end. Yes, they don't have individual routes, but this common route is so long and saturated that there is no real need to go elsewhere. After all, it's mostly the mystery and the enjoyable dialogues that determine this game. 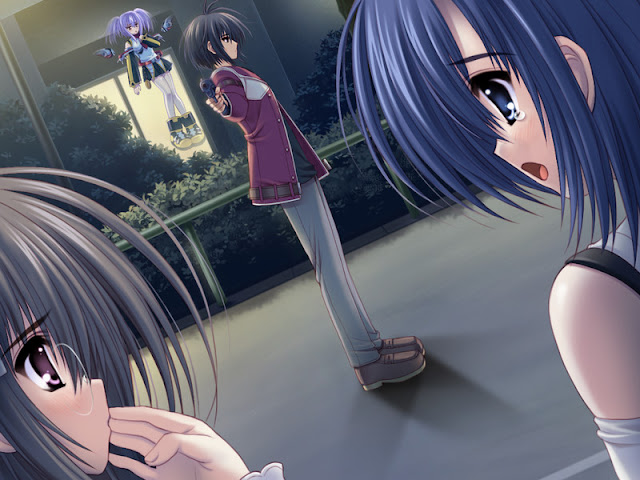 All the heroines (apart of Chifuyu, in part due to her ending that feels like a bad ending) are really nice, serious and pleasant to watch and read. Some conversations may seem to take unreasonably long time, and there may be a feeling that nothing happens, but - again - Aekanaru Sekai no Owari ni does not try to force things and appeal to everyone. It moves at its pace, and with enough patience structure starts to form eventually.

My biggest complaint is about lack of CG and unvoiced male characters. There are two male friends and quite a few guys out there talking to Natsume with no girls present, and during these long conversations it's easy to forget that game is voiced at all. Character design may feel weird and similar looking at first, but heroines get fleshed out really well, so this first impression soon dissolves. 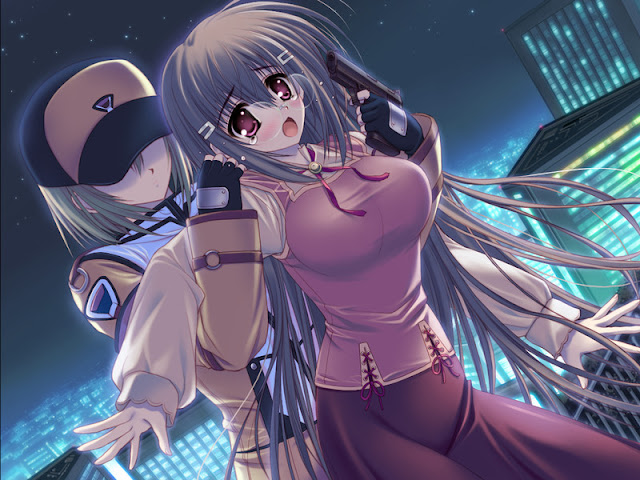 The world is created with a lot of detail. There is so much talk about different technologies that it can even be considered info-dumping. Virtual reality, CQ Shot and Magic paradise add three more layers on top of that.

Aekanaru Sekai no Owari ni is a rare case of a real masterpiece that does not brag around about its strong sides, but presents a really solid reading experience with great text, mystery and characters. There are few games that I really enjoy reading, so I cherish every occasion when I encounter one. 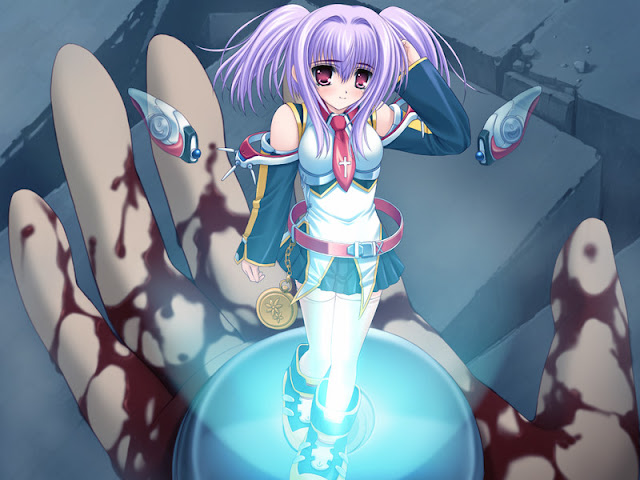 So, a good story then?

I consider story good, but not entertaining. Reader needs patience, affinity with the heroines and some virtual reality tilt to be able to get immersed with the world and the story. Those who seek fast emotions will find nothing here.