Synopsis: The memory that was forgotten somewhere, the feelings that were sealed in it ...
The memory of green, wandering eyes.
I forgot summer sky refection in the puddle, drops of tears, small lips and whispering voice.
This world is beautiful - gentle fragrance, soft warmth, protected sleep, gentle embrace, innocent smile.
All of these things are waiting for me as pieces of memories. All for just one wish. 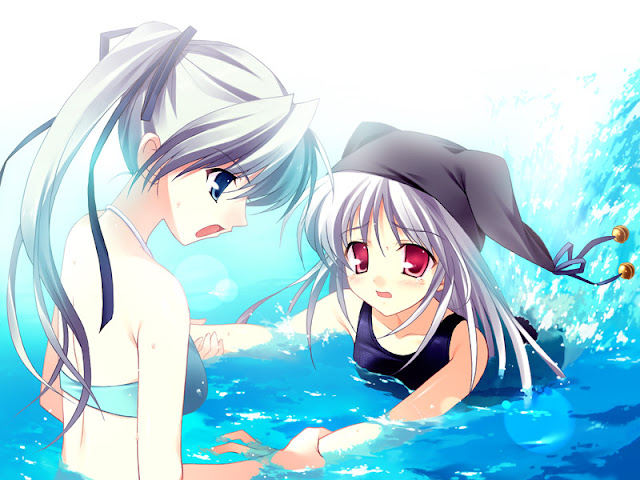 Very poor scores since nothing inspires in this game. It feels like it fails at all directions. Since this review is done largely for the sake of game's plot, it's going to be full of SPOILERS. 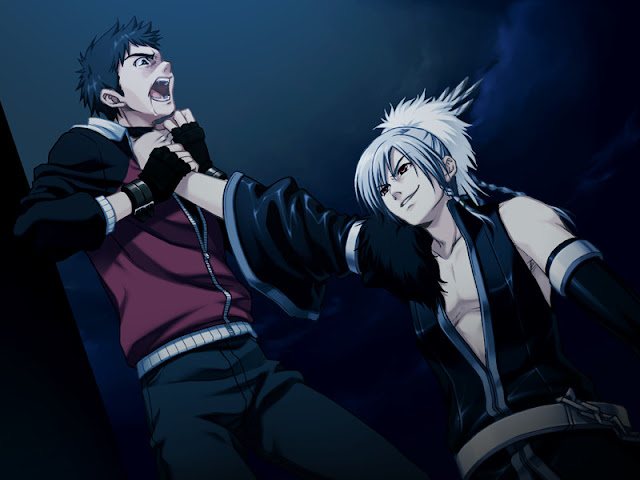 Game begins as main character Rou loses his train ticket, so he returns back to his rented flat. As he walks home he meets a hungry "Nameless child" (from Suika) with her stuffed cat. Rou takes girl home and feeds her, and it turns out that she has nowhere to go. Then we get acquainted with childhood friend Rin who comes to feed Rou all the time and apartment caretaker girl Nana, followed by other inhabitants of this boarding house - mysterious Hijiri, miko doujin artist Miyako and finally noble maid (wha?) Tsumire. Game is clearly divided into four main parts - Tiers, and the whole first tier we just wander lazily from one girl to another and even get H with Nana who asks to play a sex prank on her. Couple times Rou sees a dream about reddish sunset wasteland world. And then just a dimension distortion shows up and and sucks characters inside to the reddish sunset wasteland world. Did not expect that after 7 hours of gameplay? Well, weirdness only begins here. We witness how Miyako protects the building with two seals and how one of the seals weakens so much that evil inside it materializes into a person. No one has the strength to fight him, so they have to let him go. With that game concept is finally formed and with the late opening we finally get to Tier 2. 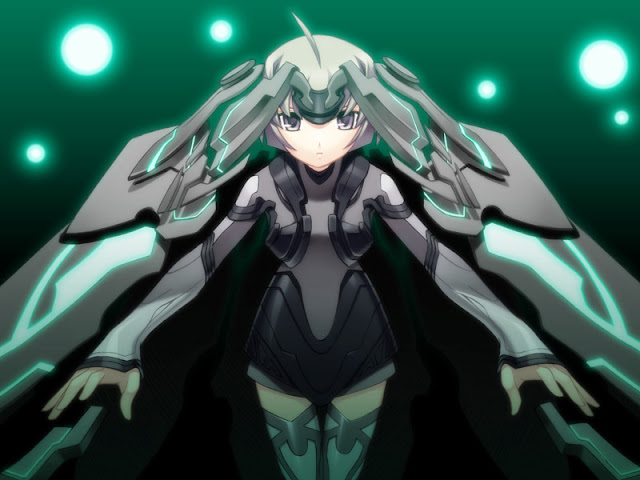 Rou regains consciousness alongside a cute girl who turns out to be Nameless child's stuffed cat Medes. She is very interested in Rou intimate relations with one of the five girls because all of those girls are of course kind of goddesses, and Rou needs proximity with them to awaken his power... It's getting really ridiculous at this point already. At the beginning of Tier 2 we witness several insult scenes with different character in succession. A lot of bad guys (and one bad woman) come to the scene, and gameplay fights start. But the flow of Tier 2 is really uneven, unexplained, weird, spontaneous and just bad. There are scenes in rapid succession without explanation at sunset wasteland town, inside some shelter and temple, but also in the real world, but nothing super-important happens. There is a series of battles with gameplay elements at this point, including the one with the guy from the first seal. Then second seal gets broken, and we finally see main antagonist. Then some demon teaches Rou how to fight efficiently not just with punches, but with patience and buffs. Then there is a defeat in the battle with the general who kills girls one by one. After that Nameless child reveals souls of five goddesses, and that allows us to fight general and defeat him. Memories before living in Amamura village return, and Medes launches some "purification" that makes us go to Tier 0. 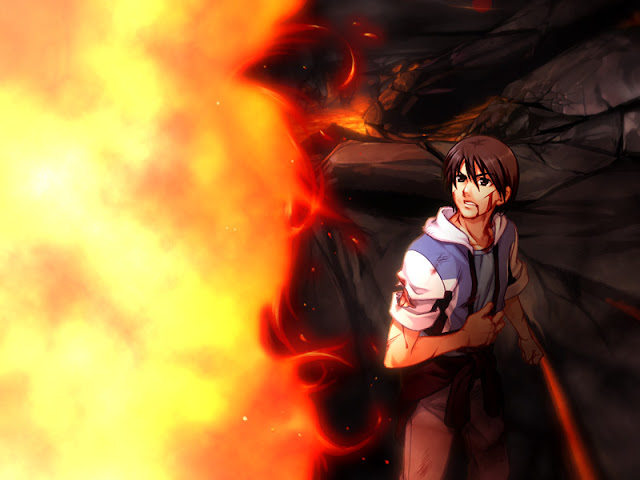 Tier 0 brings us to Miyako in peaceful rural landscape. Then Nameless child comes with Medes, and normal everyday life begins for the time being. But on a peaceful night Miyako shouts "Danger", and then falls down in a pool of blood. Then some kind of tentacle starts to strangle Rou. Nameless Child cries for help, and basically with that Tier 0 ends.

Tier 3 begins again with Miyako, Nameless Child and soon Hijiri shows up. Heroes decide to do everything right now and go to the mysterious black tower that has the power to protect everyone. There we again meet our old double consciousness first seal demon LAW/RAW who uses five demon princesses souls as a shield in the fight. We defeat him, and then the general Rakshasa form, but now five demon princesses souls help us in this fight. Then Rou destroys destructive RAW soul. Finally, at the end of Tier 3 we choose one of the souls, and ending directly depends on that. The last worlds of Tier 3 belong to Medes as she says "Let's return to that summer day". 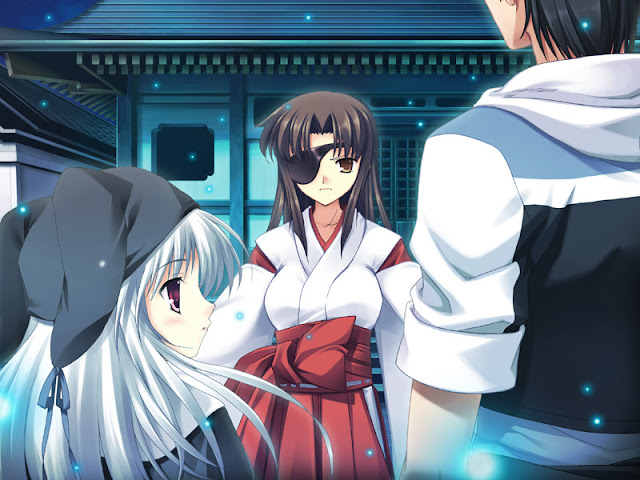 New Tier 1 is basically retelling of old Tier 1, simple as that. But ending is different depending on soul chosen at the end of Tier 3. The True End is reached by not choosing any soul, so we just remain friends with all the girls and continue to live together in the boarding house.

I needed to give the layout of the story, because neither producers nor Japanese reviewers care to give one. Some say that they did not understand it, some say that it was so messy that they already forgot about its development. And - surprisingly - I can't say I understand it in the fullest either, and I doubt that scenario writer understands it completely. There are constant unexplained shifts between the scenes, but the biggest messes are in the shifts between the Tiers. They end at some low points, but next Tiers start at high points again. 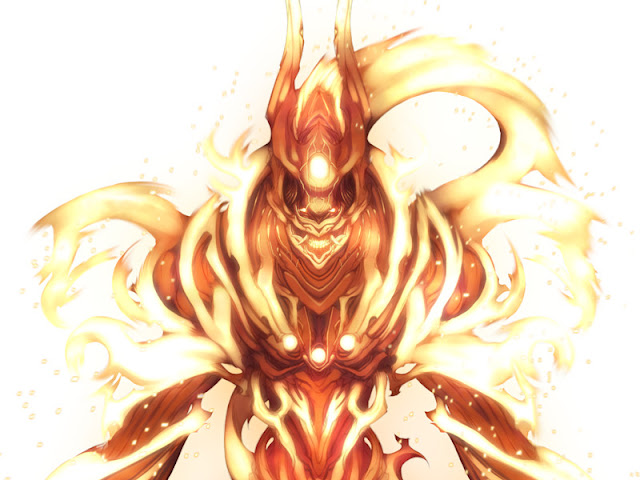 The writing impotence doesn't allow to even start discussing heroines. The little appeal some of them might gain during the beginning Tier 1 got totally lost during disastrous Tier 2. The confusion accumulates, so there is zero motivation to discuss anything without understanding even main plot events. That seems to be a clever marketing move.
1. Write an absolutely vague description so that people would want to check it out.
2. Create a super-confusing story so that no one could give spoilers in reviews.
3. Put main heroine from Suika on the cover to attract readers of Suika and let them speculate whether it's a sequel or not
4. PROFIT!

I wasted enough time on this weird mess. Shame on Circus, and let the whales fly. 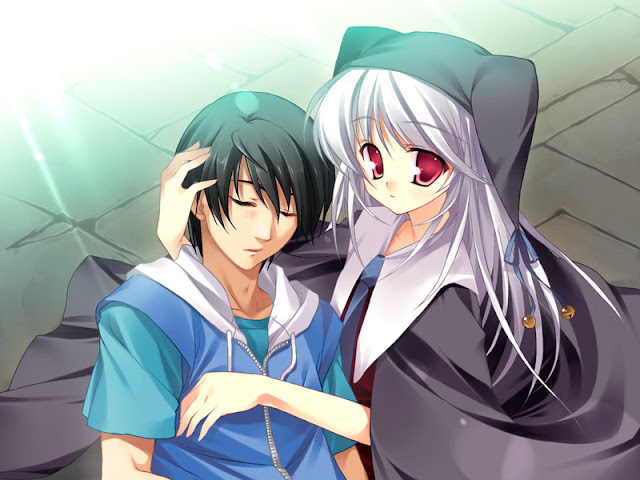