Foreword: I was choosing between booby fighting action, PS2 juvenile investigation game and SF game in January 2006, so I chose SF one, of course. I also quite liked Setsuka character design, so decided to try Horizont for her alone at least. 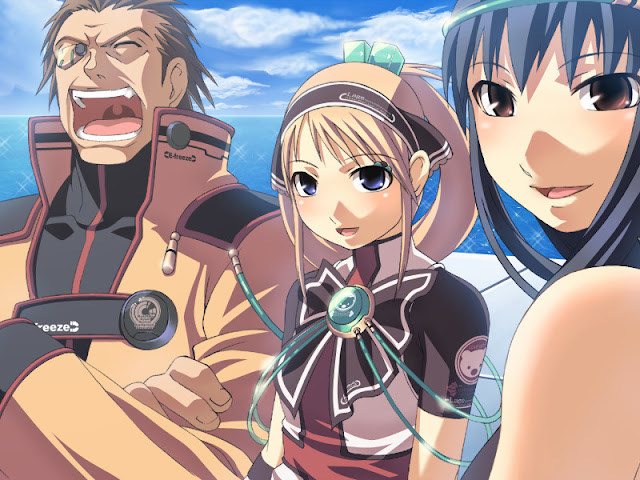 Synopsis: The Earth has suffered from terrible wars, and the United Nations' World Federation Government was formed as a result. 33 years later ULF (United LUNA Front) has emerged and declared inter-planetary war to UNWF. The Moon gains initiative and transfers battlefield to the Earth.


In the meantime, there is a group of self-described pirates "E-Freeze" in the sea near Antarctica. They have technical skills comparable to "ULF" and ability to fight in any environment with their humanoid all-purpose weapon GrastX. Main character starts as a member of these pirates.

These are very average scores. Game quality stands out as everyone is voiced, there is enough animation and songs. No major complaints about it except for shortage of CG, some edgy character designs and strange difficulty spikes. 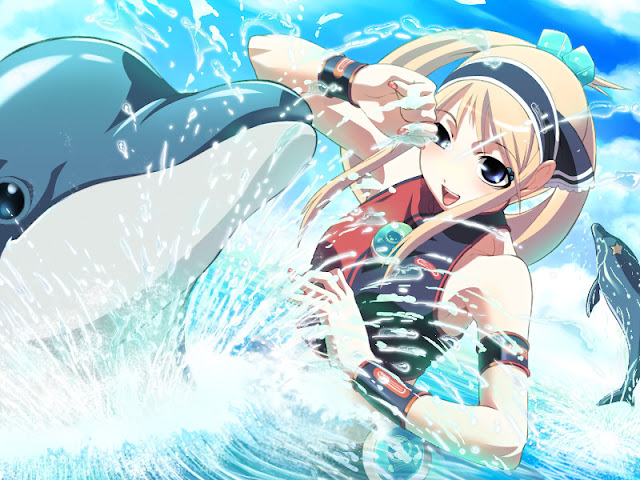 As for the story... I'd call it reverse variant of Gunjou no Sora o Koete. It's basically the same civil war, but there is zero emphasis on human factor/crisis/ideology. Instead, there are constant battles with the use of mecha, and no one even tries to understand other parties. It really is stupid how such important thing as ideology gets ripped off. Well, after short introduction video about the state of war on the Earth nothing else gets any explanation. We instantly get into shoes of some juvenile pirate from E-freeze Kairi. We don't know his story or anything at all. The same goes for the girls, we may learn about girls backgrounds sometimes only really late in the game. At the start of the game UNWF space ship gets stopped by the pirates just because it looks like a ULF ship... and the ship gets released without even robbing it. And this way we kind of learn that pirates are wicked only by their words, and in reality they oppose strong ULF while protecting weak and outdated UNWF. 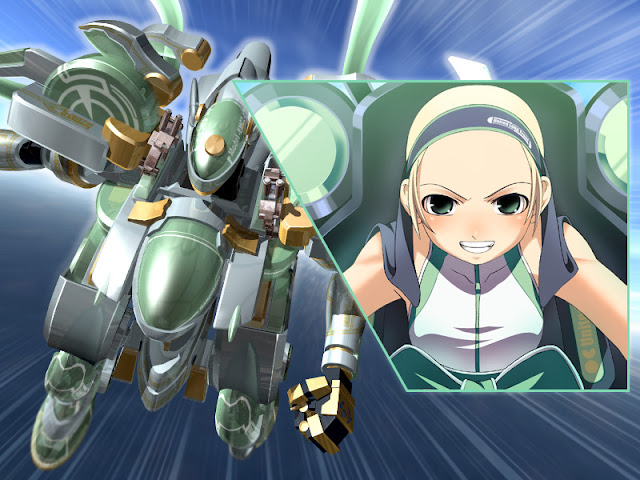 So in such wold Kairi finds a girl Ti just alone in the wilderness. He takes her to the ship, and this is where my hell begins. Ti is our super-naive main heroine as she remembers nothing, and for the whole game she only asks stupid questions or answers with one-two world phrases like "hima-hima" (because have free time) answering on the question why she comes here. Guess it's supposed to look cute, but such bland naive heroines are my individual hell. But what about other heroines? We've got pilot with past Luna ties Adelheid von Faitsel and two staff members - bitter and experienced Setsuka and freshman Isadora who lives in the shadow of her famous sister. Isadora is another naive type, and Adelheid von Faitsel has horrible looks. It always seems to me that she is a bald girl wearing ridiculous tights on her head. But Setsuka looks very promising with her blunt approach and arrogant attitude to everyone. And this is where we come to the main problem in this game for me... 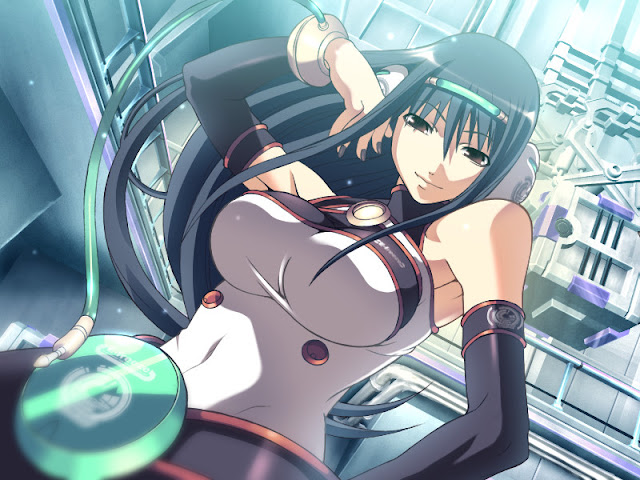 Capture difficulty. I failed to get Setsuka end. After several attempts I just gave up. It might be that the only walkthrough was in fault, or there was some additional layer of difficulty involved. There three such layers:
1. There are a lot of timed choices that disappear after 5 seconds. Due to such short window I often wonder whether I actually clicked in time or it went on without regard to my choice.
2. There are some choices that don't disappear, but you need to make a choice VERY fast or it will be recorded as wrong one, and you won't know about it till later in game
3. There is at least one case of almost invisible 3rd choice that's pretty much impossible to notice.
I might try to get away from walkthrough and try something else, but heaviness of game engine and a spree of three rape scenes at the end really played on my mind. I really got tired trying, so recordered Isadora ending instead. And there's no way I can be happy with the game after recording only two naive heroine endings. As for the endings themselves, they were very ordinary. Of course Ti had some secret past behind her, and in Isadora case her important relatives come to the scene and mend things. 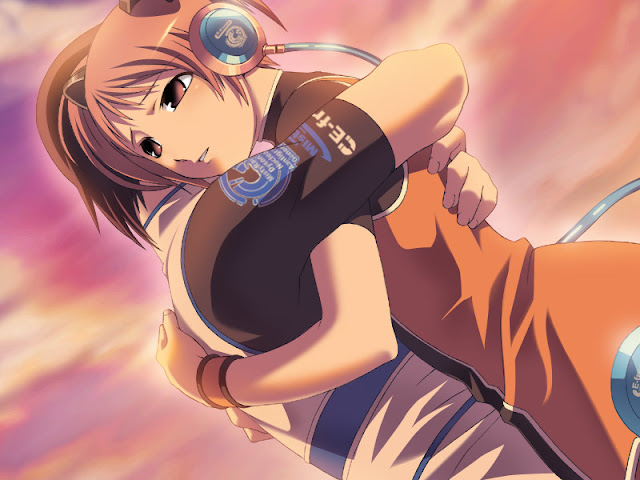 Since I already touched rape scenes, I need to elaborate on that. There is nothing going on with the story department (apart of one psycho from ULF who starts to attack E-Freeze late in the game), so how will we advance relations with the heroines? Let's just make Kairi sick in the head so that he rapes anyone unless we quickly click a decision not to! That's so stupid, really. I would not even start the game if I know there was a rapist protagonist, even the one who did not control himself. 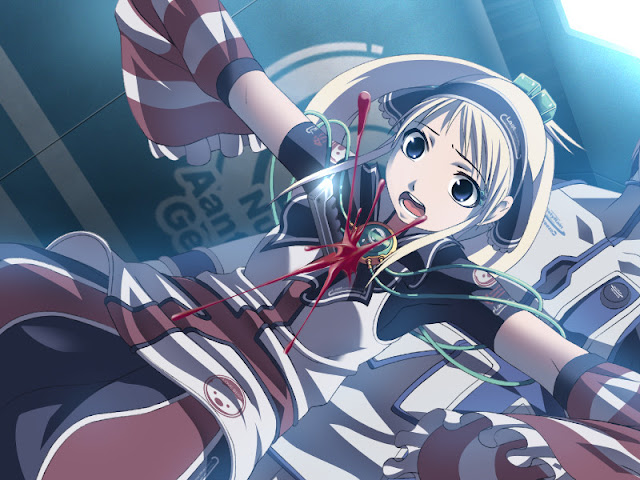 In the raw outcome we get a really strange game with lousy story and majority of characters, as well as some very irritating capture features. Can't really recommend this game to anyone except for hardcore mecha or maybe Evangellion enthusiasts.