Foreword: Was a difficult choice, in the end just chose Garden because it had slightly better scores and impressions than competitors within the month. 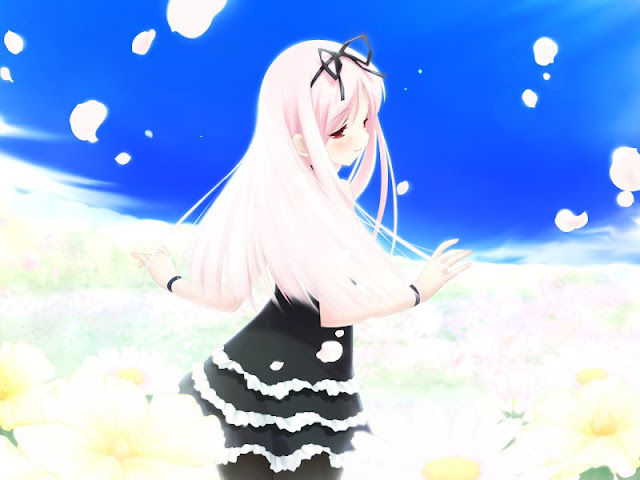 Synopsis:
When I regained consciousness, I was lying on the bed. I didn't know what happened to me, but I felt terrible. "Are you alright?" There was a girl in front of me....
After one week, I've been transferred to a new high school. Due to some certain events, I started to distance myself from everyone. I just wanted to be left alone in peace until the graduation. But two girls laid waste to all my plans...
Youtube: https://www.youtube.com/playlist?list=PLs4Gp5VU4Fv9_y9EBo5Q3aZxhpBDHUSdk 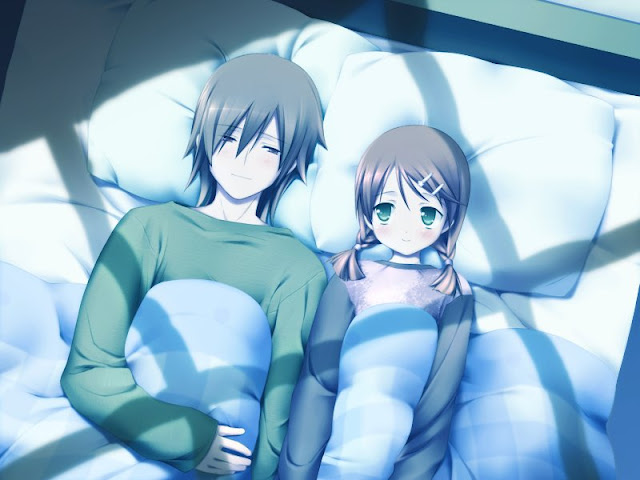 Don't let the scores scare you. It's actually a good charage. I can't stand school charage without a twist, but game actually has a special approach to the school, so there are no classes, no bell - you even forget that it's school eventually. But charage part is too dense, I'll elaborate on that.

Imagine that our hetare protagonist gets awakened by a bright nice girl Ruri, then she and Erika drag protagonist to life. Teacher Mana constantly cheers him up and even flirts to some extent. And now imagine that none of these three main heroines (and only these heroines show up in the first hour and a half) routes are present in the game (Erika actually had stab unvoiced route). It was a huge shock only to get routes for sub-heroines initially. Erika and Mana eventually got their routes with patches, but main heroine Ruri never got one... and most negative impressions are linked to this fact of how raw game was initially issued and how Ruri never got her route. Just needed to mention it. And Ruri route got taken away because it was hurting integrity of the game. I interpret it as having fantasy or mystery elements that would reveal true nature of this place. I feel that such True route is missing. 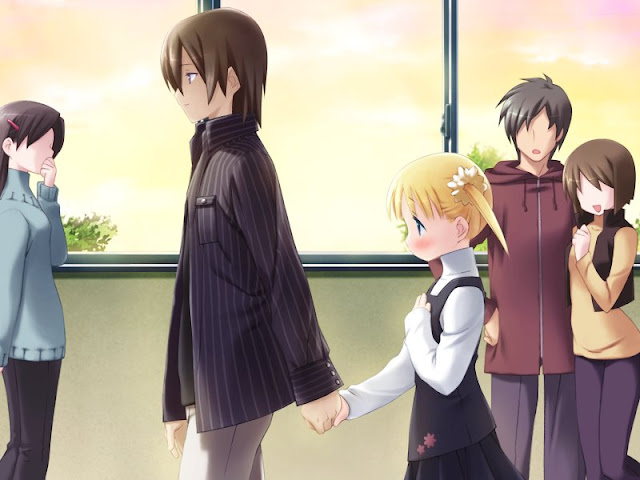 "The place on Earth that is closest to heaven" is sub-title of this work, and it describes game perfectly. Basically, protagonist shuts in himself after losing important childhood friend Chinatsu. And he is suddenly placed in the atmosphere of constant gentle love, friendship, support, kindness - basically a mini-paradise as if created to heal his wounds. But it also causes a problem. Because of such protagonist's passiveness and drama actual heroines have to be super pro-active and super-positive only allowing some occasional drama by the end of their individual routes. No need to say that everyone loves him from the very start including teacher. It's a very sugary game, but without modern glimpses and flashy-ness, so it feels more like a heartwarming game.

Ryo recovers eventually from his hetare state and appears to actually have an ability to anticipate future and read human hearts alongside developed intuition, but I absolutely detest such weak protagonist. 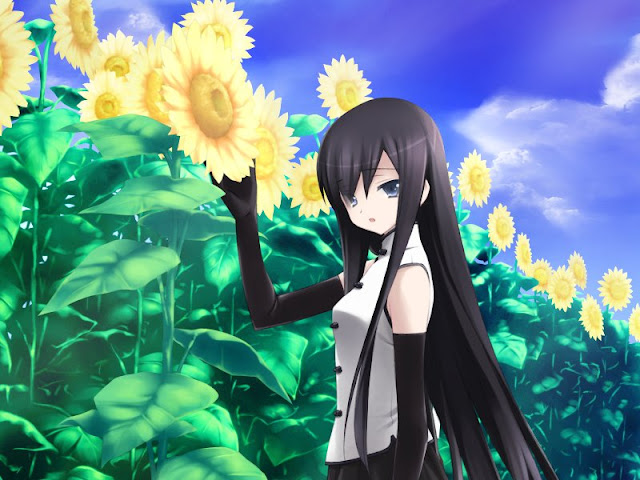 Game takes place at school, but focuses almost exclusively on extra-curricular activities, school festival and just having fun. There's a long period, about a year, so for me it was an endless streak of monotonous events. There are a lot of hairstyle and costume changes - up to 12 different dresses get changed per heroine.

Only two more things are left do discuss - heroines and quality. And no heroines routes stand out too much. Without Ruri, Erika becomes main heroine, and her route is all about comparing her to deceased Chinatsu. Other girls have different twists, but cutest heroine Azami has weakest drama-free route. Mana route is too polite. Overall, heroines routes vary greatly in quality, and couple poor routes dent this game considerably. Needless to say, everyone is in love with Ryo from the start. 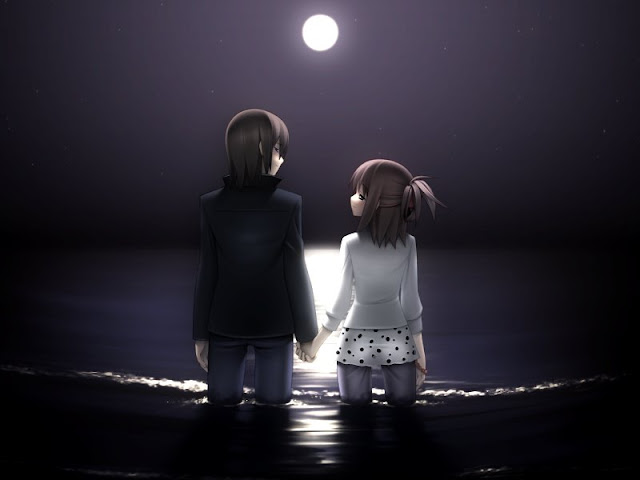 As for game quality, it's ambiguous. Game has absolutely tremendous BGM. I never notice BGM, but here it may become one thing that keeps me playing just to hear the music, seriously. Art is gorgeous, but CG are actually lacking, so all you get to remember is standing sprites. Moreover, game uses NVL format, so whatever great art is used, it gets darkened and covered with wall of text all the time nullifying the brightness and coziness of the game. Humor might be that last resort to get me to like a charage, but Garden can hardly boast of any humor at all.

So, I am personally is incompatible with this sugary charage due to cut main heroine route, lack of drama or twist in individual routes, poor protagonist and rather long and unexciting routes. But if you care for bright heroines and warm atmosphere of friendship and support between many heroines, this might be a great game for you. 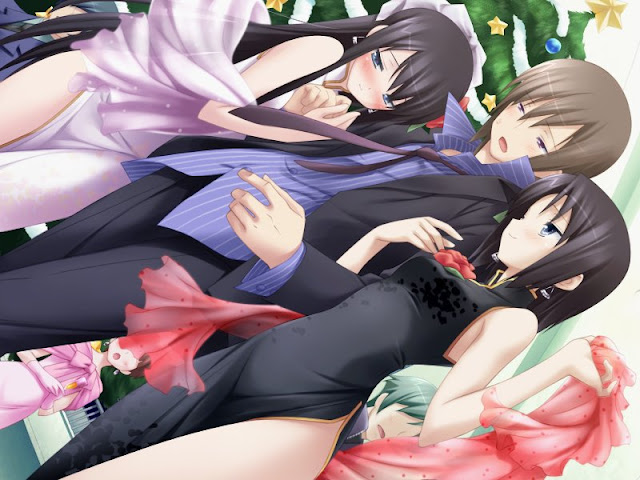