Foreword: I'm not really good with nakige and you want me to play an utsuge? Oh, well, I'll try. 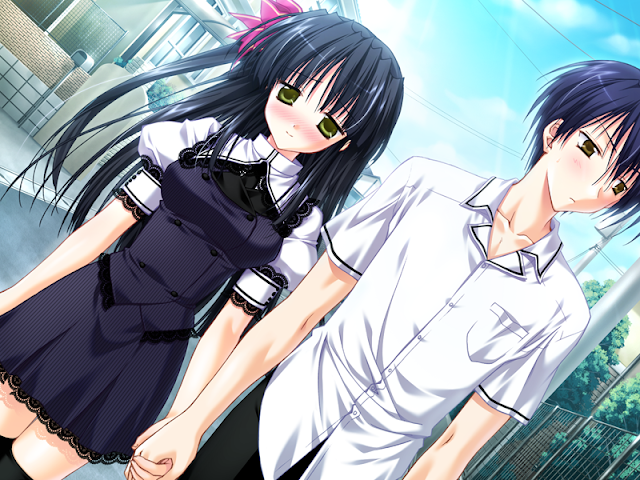 Synopsis:
Aster tells the story of four young men, whose lives are connected by one incident.
It all begins with Hiro Sakaki. He is a high school student, and enjoys his life with his old friends, Saki and Saya, twin sisters.
Under the summer sun, their relationships change little by little... "There is no miracle but hope..."
Youtube: https://www.youtube.com/playlist?list=PLs4Gp5VU4Fv_PLH2Q-nMbv9gQbzxI31ky

First of all, there are other English reviews 1 2 3 4. And since game is not story-focused, they cover pretty much everything I would. So I'll try something eccentric - compare this utsuge with the only nakige I still remember well - Moshimo Ashita ga Hare Naraba, or Moshiraba for short. 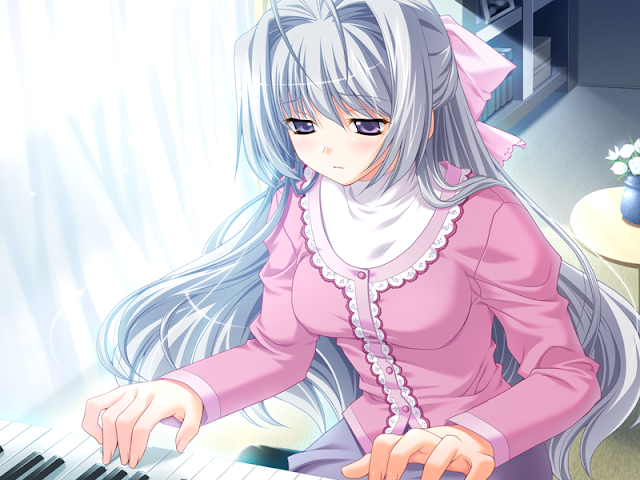 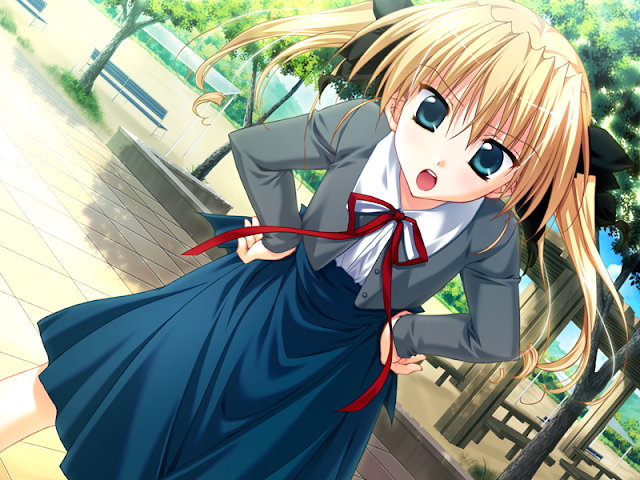 But there are even more differences. In Moshiraba younger sister Tsubasa is seriously much younger than Akiho, so she has to compete for protagonist alongside two other side heroines - Tamami and Chihaya. In Aster all the competition is eliminated since side heroines have different protagonists and don't really intervene in other girls' routes. Saki officially becomes main heroine, furthermore because she looks identical with Saya. The biggest difference among the two games is that Tsubasa dies right in the first couple minutes of Moshiraba and then is only present as a ghost, so can't participate in normal human romantic relations. When there's a will, there's a way, so in Tsubasa route we make it work and also look for a way to revive her in some way. But Aster is purely realistic. Girl dies. Full stop. Move on in a different way. 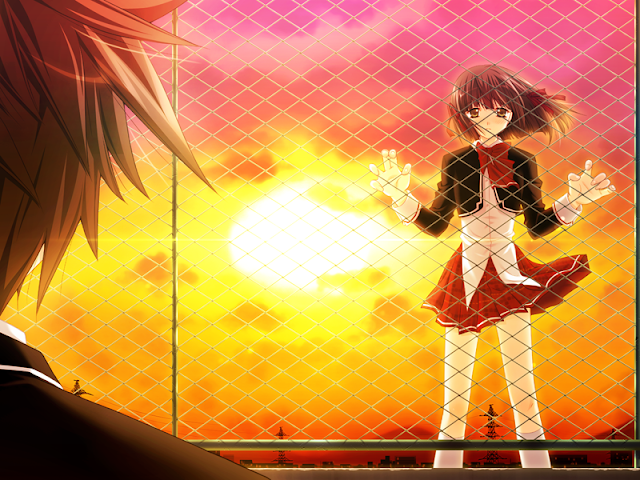 But let's cast aside obvious differences and focus on what makes us like both games. In Moshiraba focus is on the supernatural elements and close relations between sisters. But Tsubasa also has inferiority complex over her sister, so she cries a lot. In Aster older sister Saya can't have screen time after death, so prologue is devoted almost exclusively to her while main route becomes fixed on  younger sister Saki. Saki's advantage is that she is a mature nice girl who does not have dire complexes and does not really cry. Basically, Saki's pleasant personality becomes the thing that makes us love Aster. But what makes me love Moshiraba is cheerful older sister Tsubasa, other heroines pale in comparison to her. So in the end it is two sides of one coin - you either forget old love and try to substitute it with new relations or stay true to initial feelings. But in Aster - and thus in reality - there is no choice available, reality sucks. The fantasy concept of dating a ghost is more to my liking. 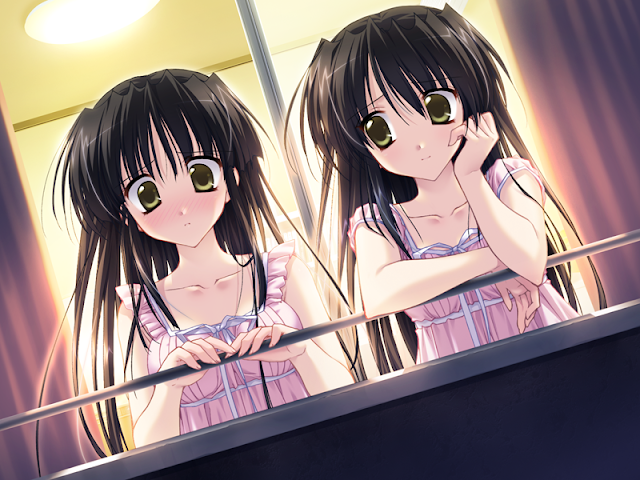 But with all the differences both games are more or less on the same scale. Then why one is nakige and the other one is utsuge? Actually, I don't see a reason. Core definition of utsuge is that it leaves reader depressed, and most of the time these games have no happy end, no help, no hope... That's absolutely not true for Aster. We get happy end in all of the four routes. Yes, Saya dies, but it happens in the end of prologue, basically before the very game routes themselves even begin. So why should we be depressed over prologue in four big routes to come next? It does not make sense. Yes, in all four routes there is some sort of drama, but just as in nakige we get over it together with the girl and become stronger. It's an absolutely nakige trait. There is one more "utsuge" addition in Aster - it's the 10-minute after-story showing us Saya last moments that were omitted in prologue. So what? It's just extension of prologue, a touching scene to infuse reader with additional emotions before making a judgement and putting the game a score. It has zero conceptual meaning. There are nakige with deaths too, and Aster is exactly such case of a nakige with death. Main characters bear this burden of death all the time, but it's what we do in real life. We suck it up and move on. So do main characters of this game. Nakige is not what Key privatizes with its stupid humor first half and squeezing tears absolutely everywhere possible. Nakige is much wider than this. Ballade for Maria is an Utsuge. For Elise ~Elise no Tame ni~ is an Utsuge. Before calling something an utsuge, ask if it leaves you depressed. Calling games like Kira☆Kira and Aster utsuge is plain stupid as these are not depressing experiences. 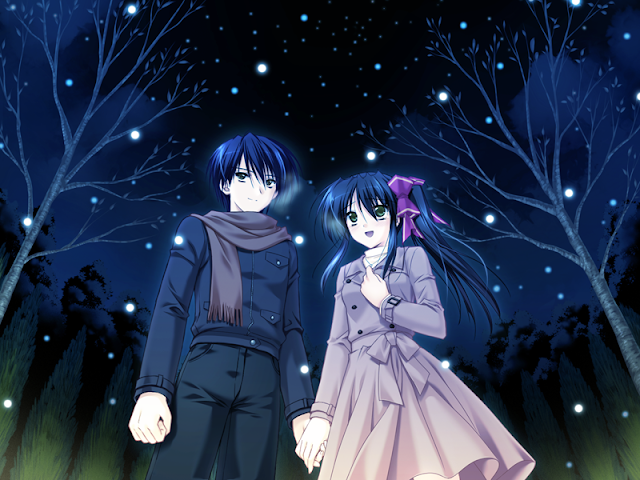