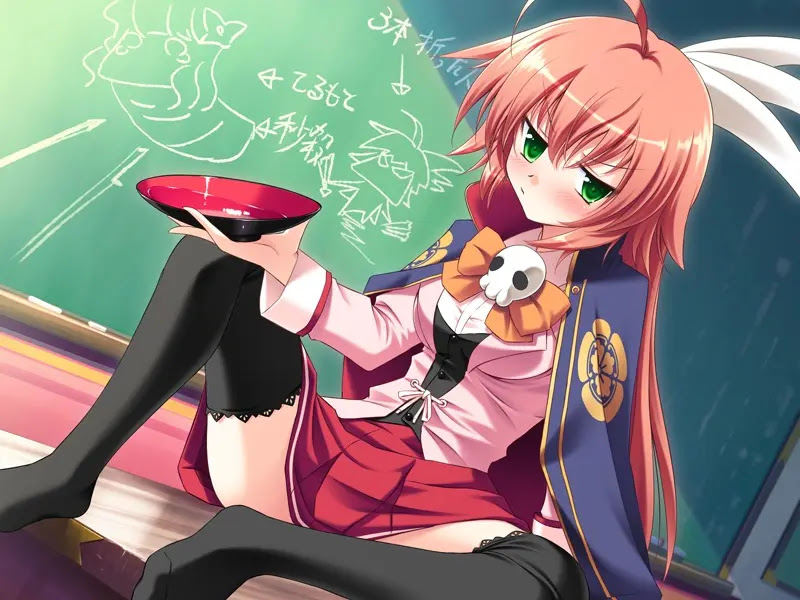 Foreword: When I face Sengoku feminization in anime I facepalm and look away, but this setting was not as frequent back in the past, so it fascinates me to try and find that one source that impressed followers so much. 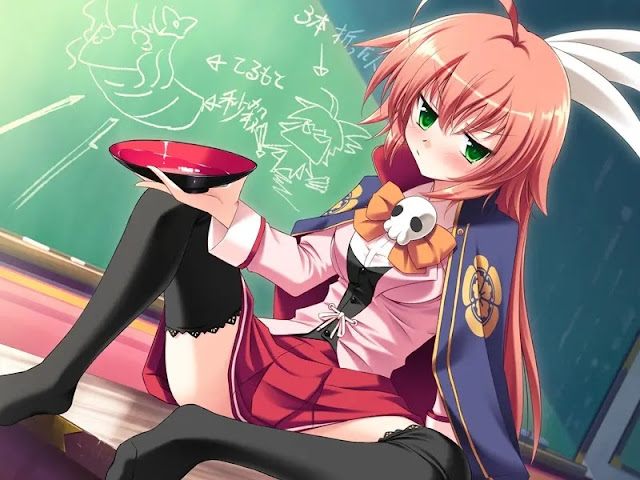 Synopsis:
Mitsuhide is an extremely poor ‘student ronin’ who gets by via part-time jobs. One day, he receives an enrollment letter to Sengoku Gakuen and readily accepts it. On his first day, a girl named Nobunaga points her sword at him: “How dare you show your face to me, I’m gonna cut your head off!”. Fearful for his life, he explains that he’s not the real Akechi Mitsuhide, but that their names are just the same by coincidence. One by one, he meets girls with the name of other famous generals, such as Takeda Shingen and Uesugi Kenshin, who all mistaken him for the actual Mitsuhide.
Youtube: https://www.youtube.com/playlist?list=PLwGwDxf37gEnYFRQbAtQs5j5GLk8wnbq0
Character Design rating: 8/10
Protagonist rating: 7/10
Story rating: 7/10
Game quality: 8/10
Overall rating: 7/10 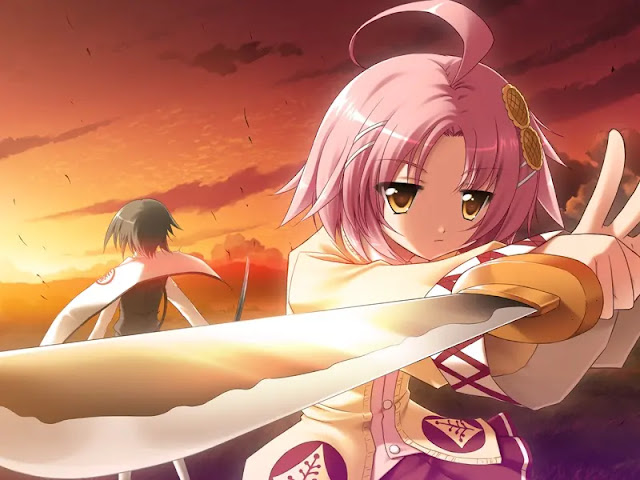 If you're still here, you're here for historical parody and cute girls, and I just can't give higher scores for such genre even though it must be the most hilarious historical parody I encountered. There are battles and even some kind of conflict, but for the most part it's done in a comedy manner. It's not wise to expect a serious story or romance game either. Moreover, some dip into Japanese history is necessary to understand at least historic figures behind heroines and protagonist. 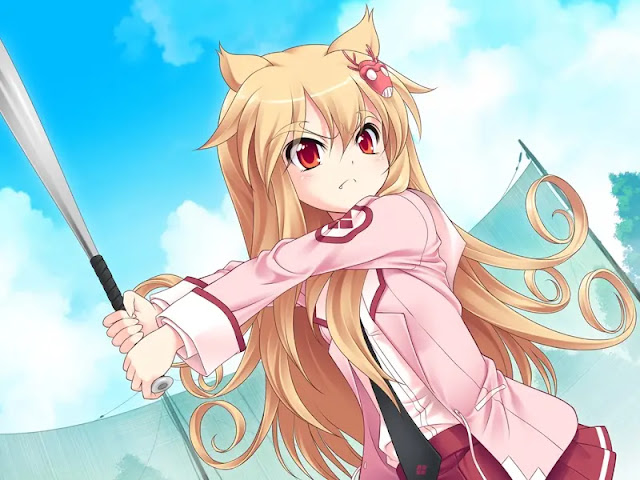 Game is divided into 11 episodes with common route taking 5-6 episodes, by the end of 7th episode flag is set, then there are 3 episodes of individual route, plus one ecchi epilogue with H scenes split is one for end of individual route and two for skippable epilogue. And I like this clear structure a lot for this lack of H content and taking it away in the skippable appendix with ability to choose option to return to main menu instead before it. 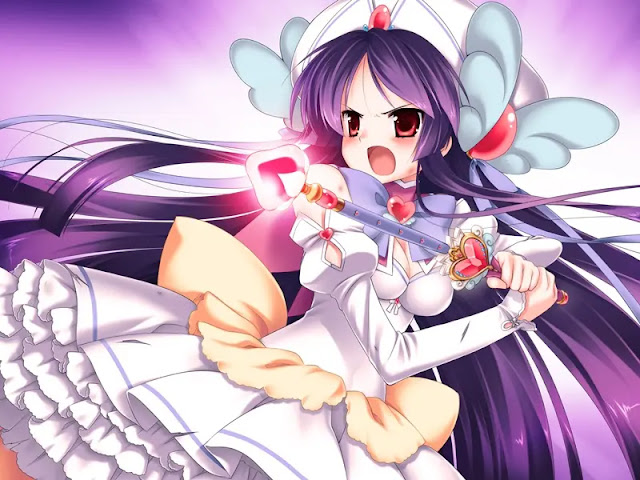 Game has six different individual routes, and those routes can vary from total war to spokon, plus girls personalities are absolutely different. Game has Nobunaga in the title, and Nobunaga route has the most serious development, tension and impactful ending out of all. But at the same time it leaves a somewhat bad aftertaste, so it's nice to progress with the heroine of your liking (Shingen!) next and enjoy a light different development. But here is where repetitions of scenes kick in, and some stories felt plain bad for me. So the longer you go, the more tiredness accumulates, and it's best to skip heroines you don't like (Mouri!) 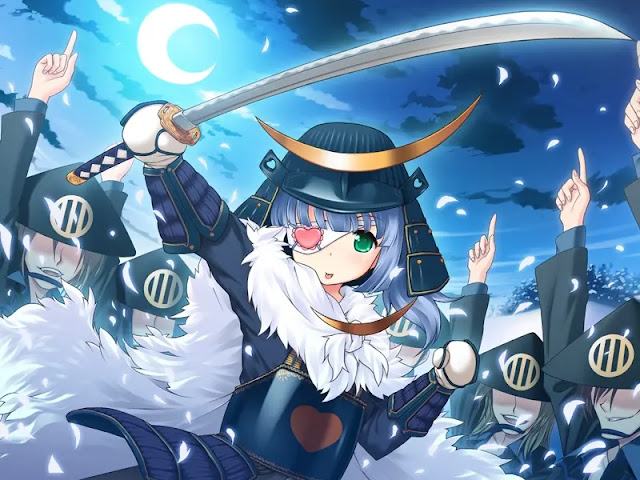 So Ouka Sengoku is a surprisingly decent game with really good parody, comedy and so much cuteness that it can rival some moege even without tilting into H. Moe, chuni, action, SOL are mixed well in here. I don't have flaws section this time, because I don't see any taking genre in account. Moreover, high variability of routes and heroines allows for everyone to enjoy only favorite parts and safely skip the rest. That's a great recipe for a game done with talent and not pretending to be epic. 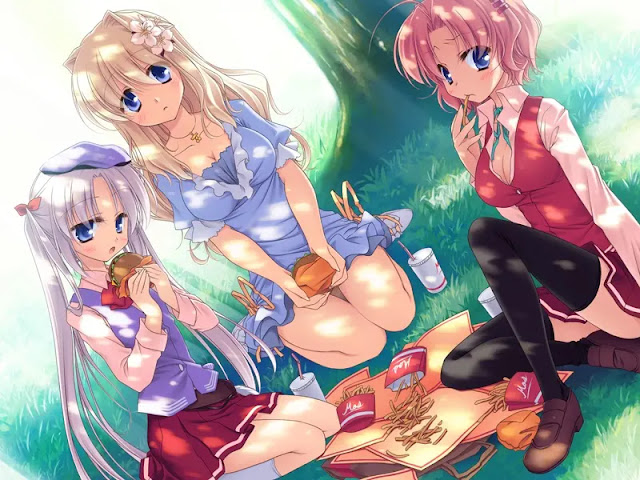