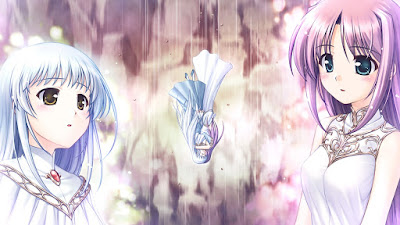 April benefits from titles delayed in March, but among 17 titles I can only acknowledge Aiyoku no Eustia for its detailed world and characters, although it's not the kind of game I can enojy. Micchi also empathizes a delayed title and some fandisc.