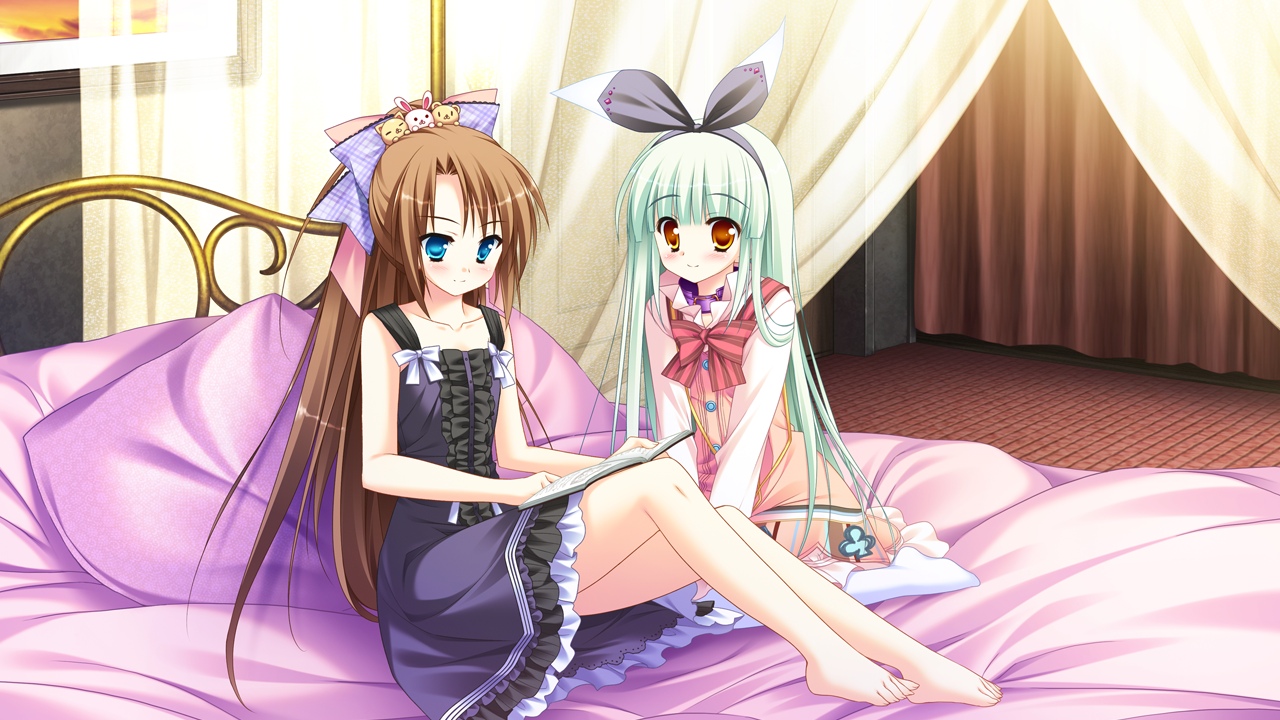 Few normal titles get released during summer Comiket. Seriously, there's just one normal game Diamic Days that I don't accept as a masterpiece, and it wins by default as VN of the Month... Micchi supports this idea and tries to focus on doujins to fill the blanks.