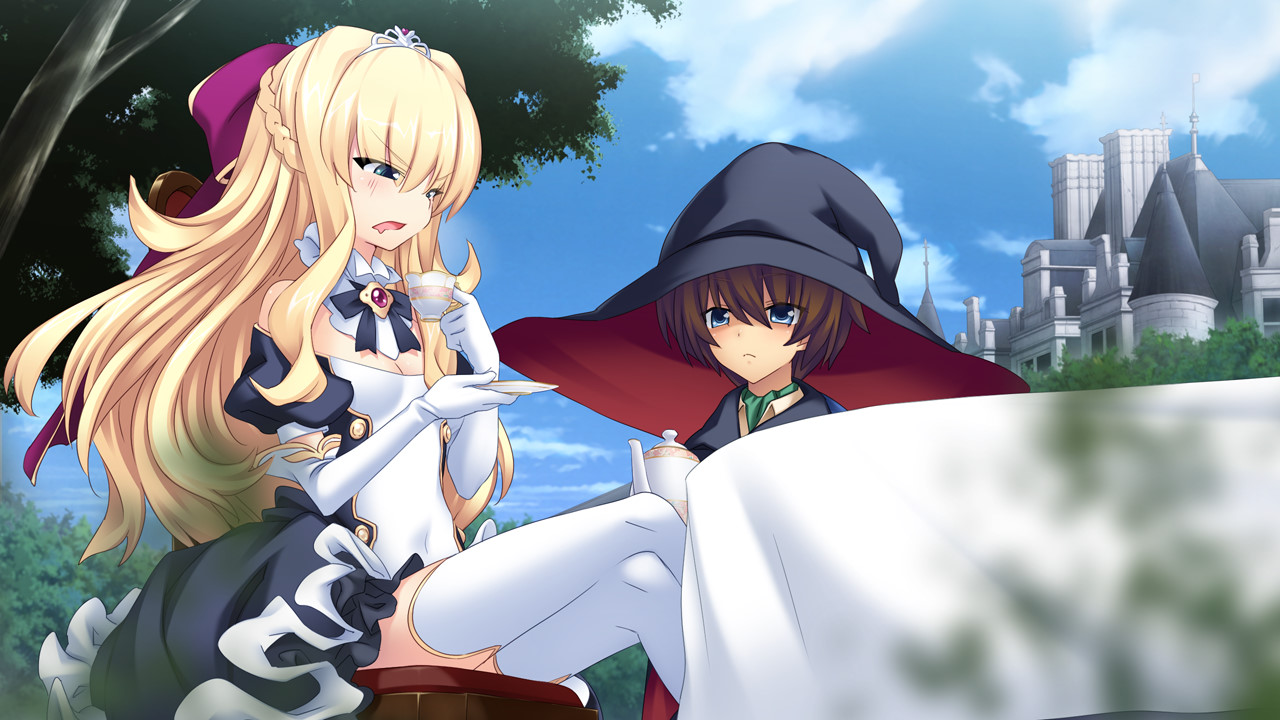 Foreword: I seriously neglected this game as a light novel short spin-off from an obscure maker. And guess what - it was a shocking blast akin to XBlaze Code: Embryo 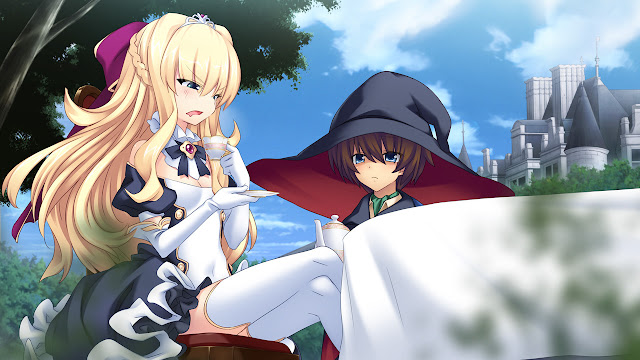 Synopsis:
This is an all-ages cross-media series by bishoujo game company mana and light novel publisher MF Bunko J. It is written by Okano Touya and TAMAMI. The light novel covers the first part of the story, while the kinetic novel DVD that comes with the special version of the paperback details the second part of the story.
Magic item appraiser Lang visits the house of an impoverished noble to collect debts. There he meets a proud girl named Charlotte who has a great sense of justice and duty to her followers. Even though she had already given out most of her possessions away, he plans to salvage some assets, but…
Youtube: https://www.youtube.com/playlist?list=PLwGwDxf37gEmfhuBbzonBQoblJCGKgV6j
Character Design rating: 10/10
Protagonist rating: 10/10
Story rating: 8/10
Game quality: 10/10
Overall rating: 9/10 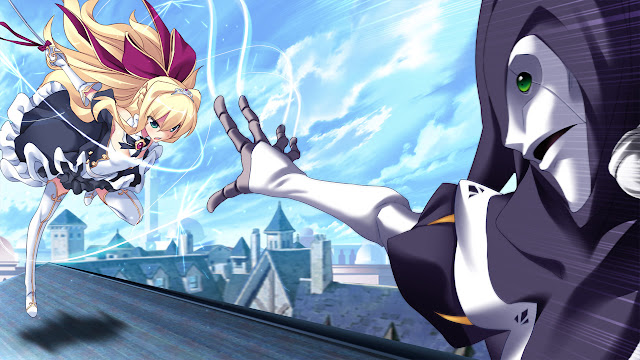 First, let's get over with XBlaze Code: Embryo parallels. Both games are all-age 100% voiced story focused interesting stories, and both actively use continuous visual effects. But Noblelige manages to be much more mature, exciting and exclusive. As you see from the scores, I absolutely love all characters in this game including charismatic and developed villains. Art is majestic, and personalities fit their images perfectly. After episode 1 my rating for this game was 10/10 as I could not find anything at all that might raise hesitation. I'll note my concerns about episode 2 later. 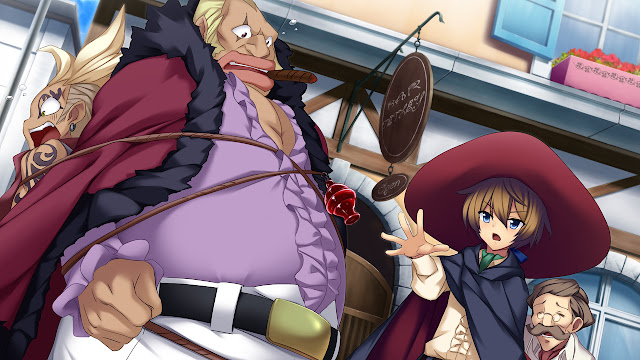 Protagonist is alchemist apprentice , former infiltrator and current tax collector Lang Donohue. Flashbacks into his saturated past take a good quarter of the game. He is reasonable, calculating and  inventive, so his battles are often based on a thorough strategy. Main heroine Charlotte, on the other hand, is a more traditional arrogant blonde noble, but also surprisingly capable in fencing, cheerful and reckless. Roughly speaking, these guys are opposites 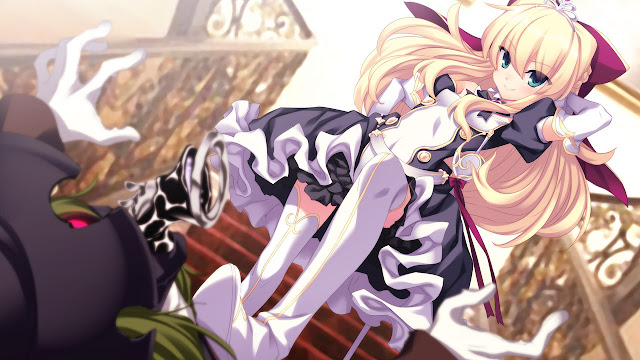 Episode 1 is very funny as I counted as many as five great jokes (mostly based around Charlotte nature) versus just two in rather serious Episode 2. It just looks so funny when Donohue comes to a worn mansion of Charlotte, knocks for a long time and decides to go down from the roof. Charlotte assaults him as a burglar , but it gets evident that she heard knocking and crying , but it was beyond her dignity to open the door instead of a butler. To the question where butler is now she answers that all the servants took some time off to consider Charlotte's suggestion to serve out of loyalty and not for money. And it's just one such well-prepared multi-layered joke. 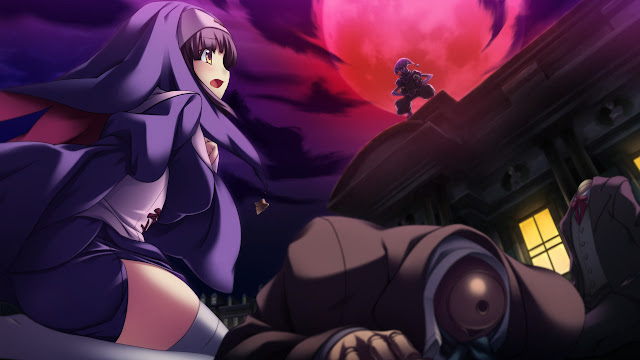 But despite overall cheerful nature game is absolutely not for kids. Main characters don't kill anyone, but there are a lot of deaths happening right in front of them and in Lang's past. Basically, Charlotte is something between Don Quixote and Sailor-moon. She treats everyone with utter arrogance but also charges to anyone's help request as a champion of justice and protector of land (also less subjects means less taxes!). It looks especially awkward because she is alone from her noble family with zero servants and loads of taxes in a crumbling mansion. Lang is sent to retrieve that huge loan and to hunt for family sacred artifact "Blue Tear". Charlotte lightmindedly promises to give him the artifact if he proves himself in the servitude, and Lang can't just turn back due to his personal circumstances. And basically Episode 1 and Episode 2 are two different help requests that trigger some adventure. 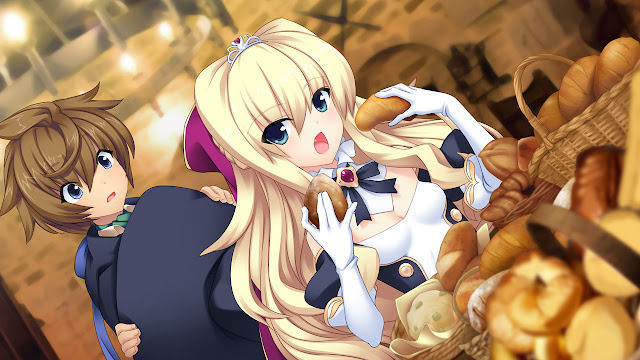 These two admirable characters are placed in a very cruel world. Runaways here are easily shot by their own comrades, slave trade is commonplace and loan organizations are super powerful as money powers this world. So there are quite a lot of parallels with our life. And Charlotte is the main star of this game also for the reason that she ignores laws of this world , follows her heart , does crazy things and actually manages to take over and impose her will. The results of her actions are actually much more successful in the long run than reasonable goal setting approach of Lang. That's what I liked in this game. Investment in people manages to beat investment in things. The very loan of Charlotte family makes Lang stay loyal while effective approach would quickly close the deal. 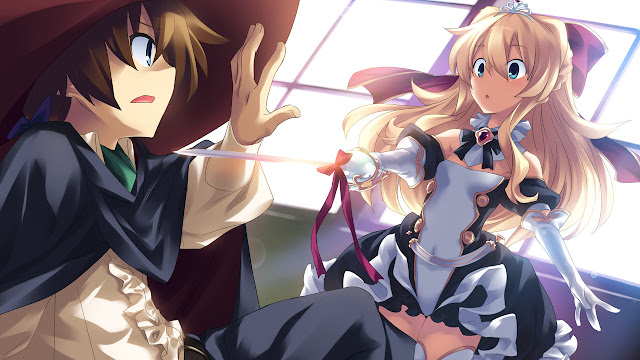 Episode 1 runs 4.5 hours and is perfect in tempo. Episode 2 lasts 6 hours and for the first half of it even conflict does not get set. Then second half is all about conflict, of course. My first complaint is about flashbacks in Episode 2. I don't mind flashbacks, but I really was confused several times as flashback begins under some pressing conditions and after flashback those conditions often get resolved without it being shown. First couple times it's even funny as it's hard to say what's reality, what's flashback and what's a dream, but it starts to irritate eventually. I was afraid that all  flashbacks and extra characters won't be integrated into the story properly, but eventually it all fused nicely. Second and last complaint is about ending as it's abrupt and failing to explain and finish things properly. Still I secretly admire such endings as maker literally says that he does not care about game's success and will finish as artistic nature demands and not to the public's crooked will. 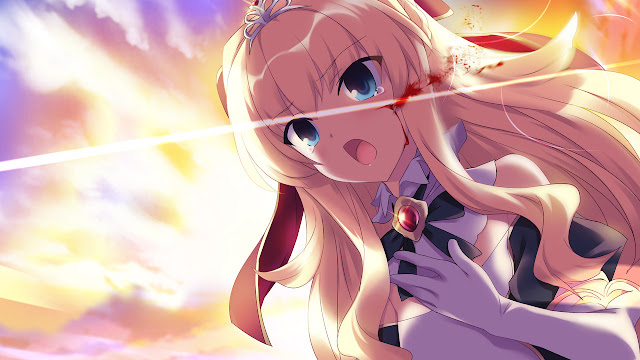 I praise Noblelige for being a great anime-resembling experience. Romance in visual novels hinders this feeling a lot, and few all-ages non-romance games ever each this level of story-telling. And I'll go even further here and compare Noblelige with Goblin slayer. After all, both are serious thrilling stories of blood and sweat where one character is a calculating genius and the other one is a noble radiant soul in this forsaken damned world not suitable for any decent species living. Even master-servant roles are similar yet opposite. Main character in both titles relies on artifacts and utility items while possessing average power. And this comparison is the best possible praise I can think of even though everything pales in comparison with Goblin slayer as the most inspiring anime ever made. 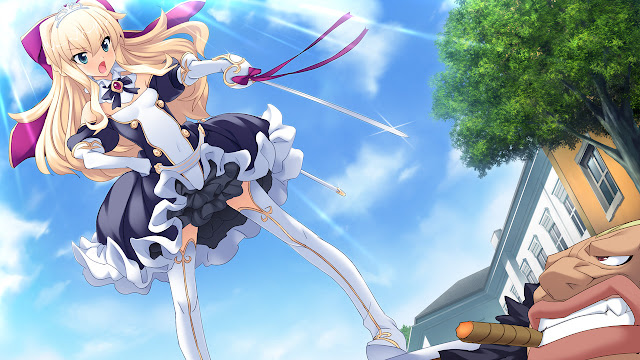