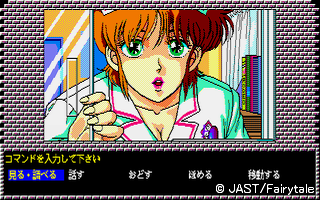 Year 1988 is the year when PC-98 won. In 1987 there were only couple games with pc-98 versions. Occasional games start to have animation and sometimes even certain phrases voiced. In 1988 there's a very big share of visual novels made deliberately for famicom.
Lipstick ADV was very revolutionary for that time and marked the birth of "Elf" games. It is a worthy champion of 1988.

Your Lipstick ADV VNDB link is actually sending people to the first Jake Hunter detective game, here https://vndb.org/v5962. Thought you would like to know.