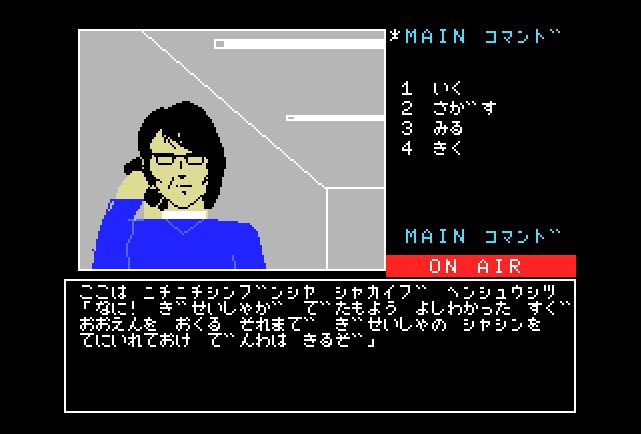 So there are very few VNs in 1985 and even fewer account for masterpieces. Karuizawa Yuukai Annai was obviously a favorite after Horii Yuji won the previous two years, but the game lacks the mystery and fills it with lots of fanservice. El Dorado Denki gets a pretty devastating review. Tenshi-tachi no Gogo is an eroge that I would strike out if it weren't in the 80s. Abyss II and Dezeni World still use text parser. So why not Shiro to Kuro no Densetsu first title? The story is fresh and serious. There is only command selection. That's definitely not the worst option and a good read!