Foreword: It's a C's Ware story game so I'm in. I have not read reviews prior to playing the game. I followed three different walkthroughs though - and still failed to get even a single happy ending. You can read about my torments below. 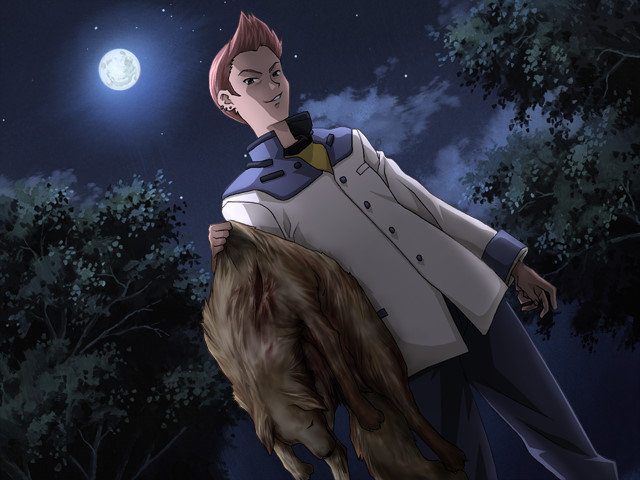 Title: Vist
Developer: C's Ware
Date: 1999-12-02
VNDB link: https://vndb.org/v6108
Length: 20 hours.
Game type: Map selection ADV.
Difficulty: Pretty insane. Some mazes are ridiculously difficult and twice I failed to find a way within an hour and had to precisely follow walkthrough. Another my huge disappointment is that I failed miserably to get any happy ending. So here how it was. I followed walkthrough accurately for the first time aiming for Rin ending. For some reason I got only a normal one no matter how many times I reloaded the last two battles. Then i dug two more walkthroughs and one said that simultaneous capture was possible so I flagged every heroine twice and saved before the final 3rd flagging... and no matter how many times I followed that choice to the end I still got only same normal ending. So my guess is that
1) simultaneous capturing is impossible and it's needed to strictly not flag any other girl
2) you probably need to make sure you win all the battles (it's very unclear in the game whether you actually got hit or made a successful counter-attack)
3) C's Ware turned into complete sadists after very very torturing Kazeoto, Chirin. There are a lot of choices and hundreds of map and items interaction so even with skipping whole playthrough for the heroines ending scene is going to take at least two hours (more like three). And there are EIGHT heroines! There's just one CG for this final scene so it's a very short one. After a full day of replaying trying to get good ending I just got so sick of the game that I don't the will to keep trying. 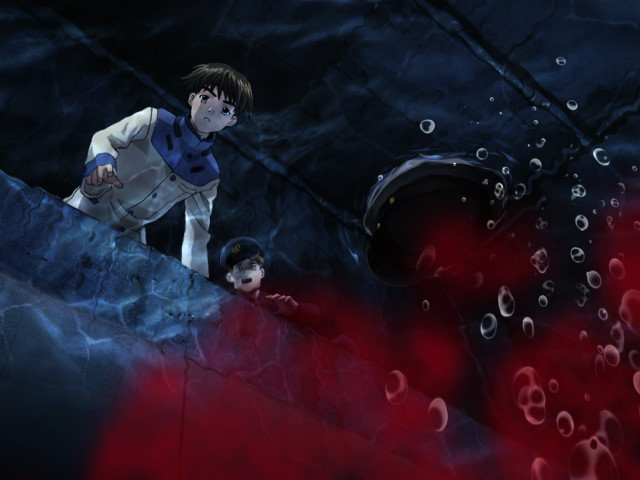 Synopsis: Takuto, the protagonist, is a sickly highschool student with a heart disease. His father is a scientist and researcher who is traveling overseas. Even thought he is alone in home, his neighbor and university student Rin come visit him every day, and every night his father call him and they talk by phone.
But one day, his father stops calling and they lost contact. Takuto wonders if something happened to him and contacts the laboratory where his father works. But the staff members dont' know anything.
Takuto is worried, until one day a strange girl called Eryu appears in his house with a letter from his father.
"I'm sorry ------" - Says the last words of his father.
And something who don't look to be human starts to approach the hero, who little by little get caught in the case of the bizarre murders.

Structure: There are 5 chapters each containing on average 8 days. 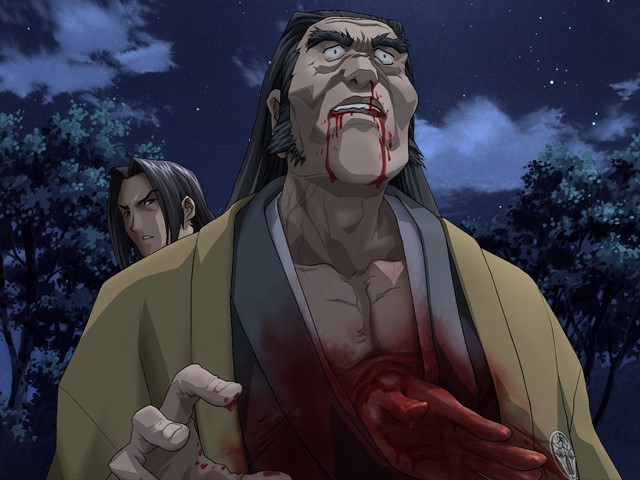 Rating comments: I'm biased here since watching all the good endings could melt my heart a bit. But overall characters don't look too likable. Out of 8 heroines I liked Reiko the scientist woman the most and she's pretty much a standard office lady. So there aren't really likable characters. Protagonist is too weak at first and in the second half he fails to control himself repeatedly and looses memory of what happened more than once. Can't really say that he's moving the flow of the story. Game looks and feels quite cheap - mostly thanks to character design and only female cast voicing. Don't get me wrong - CG and interactive part are awesome. Game also has a number of very colorful enemies and side-characters... but they are males and thus not voiced. Story was a firm 9 up to the last fifth chapter where it suddenly changed the location and got too cryptic leaving a lot of loose ends behind.

Protagonist The transformation from a weakling into superhuman was quite well done. He's beaten bloody for the first half of the game by other hooligan students and is only occasionally saved by girls who happen to be around. What differs him from other students is his high metabolism and ability to stay close to the infection fog without being infected. What I like about him is how he takes the beatings by the hooligans. He hardly says a word and just tolerates everything with the thoughts "If I do as they want the beatings will only get worse". Apart of that he hardly knows and does not have his own will - it might be for the best since it's easy to associate oneself with him. 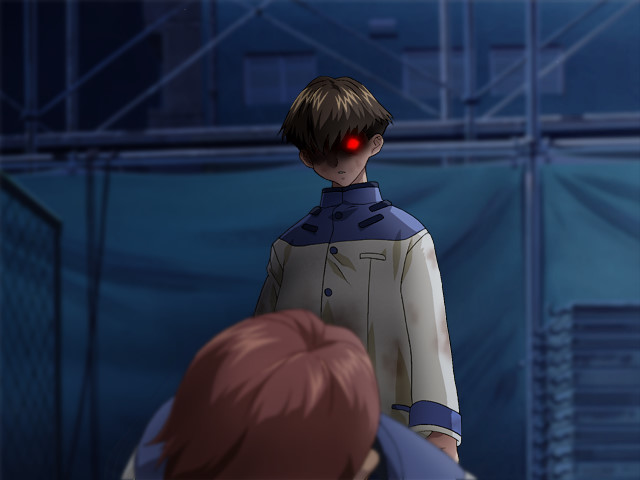 Characters: As I've mentioned there are a lot of cool bad guys in this game. Later game is based on fights, but there is only one capable of fighting heroine.Apart of the bad guys there is one very impressive "Scarred man" - he's basically of the same source as yourself and thus he just terminates his enemies. You hardly manage to fight one beast and then just walk and see rivers of blood and guts left behind that person. He showed up at different moments in the game and was a great guy to look up to. But again, last chapter prepared a hasty resolution for him as well and this trump card was poorly played. Since there are 8 heroines it's supposed to be a gal game? Well, absolutely not. Every girl has three flags and flagging is basically done by the end of 4th chapter. There are no girls in 5th chapter (well, almost), but after the final battle the girl suddenly appears and you see her ending with just one CG and some phrases. It can hardly be called a "route" and especially an "ending". It's a story game. What's nice in the heroines is that three of them are grown-up ladies in their 30's and the other half are of the same or close age to Takuto. So there is a childhood friend, a meganekko, a hooligan girlfriend, a mysterious girl who is sent to you from your father, a half-native african girl, scientific researcher, news reporter and some superstrong mysterious woman. 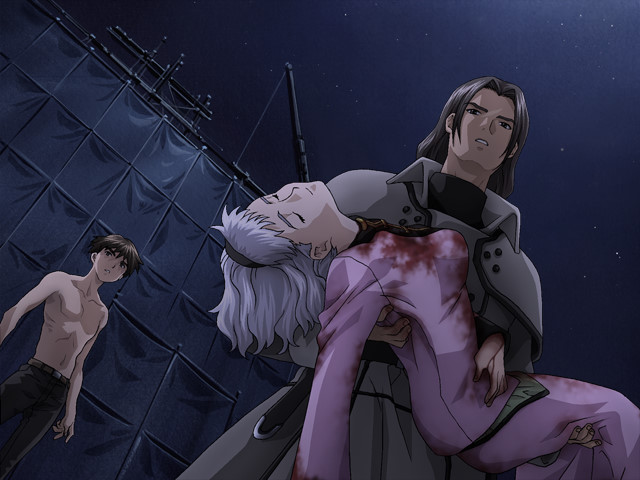 Story: So for the story. The most stunning fact is that first two chapters last for 18 days and literally nothing happens during that time. You just go to school and go to sleep at home, that's it. What's that - a slice of life? Whenever I got slightly bored with it I just rewatched the cool opening and and kept on waiting. Chapter 3 is where girls start to show up and story finally starts to form. By the end of Chapter 4 the story is over and heroine route is finalized. I would actually prefer finishing the story there with maybe one additional fight. But it goes on in some forgotten African country laboratory. But it's actually Chapter 4 that gives us all the answers. Chapter 5 throws genetics, superhuman entity, clones and superficial myths together and only tells us the story of our father (and mother?). There are only couple locations here, development is hasty and there's little meaning in what's going on anymore, then it gets even more confusing and - bam - battles - battles - the end. Battles are done pretty well so you only choose the part of enemy to attack or the defend action for each turn. Enemy may choose to block one of these three parts and counter-attacks if you choose the same body part. Saving helps, but there are also some tricks involving using special items against special enemies. Some enemies attack animations are pictured clearly, but some can't be seen in advance. Some don't have attack animation and they retaliate every round. It's quite ok as it is. So my greatest complaints are to the story and especially this final chapter. Also the first four chapters were quite lively for the most part with frequent mysterious events happening. Chapter 5 has a totally different, decadent atmosphere - grim music, cold pictures and the hero who does not care about his survival, but needs this last chain to break. Ending is the most important part of the game and here it's just wrecked mercilessly which inevitably hurts the evaluation a lot.

CG: Character designs are not too exciting, but CG truly are. Somehow HCG are especially beautiful. 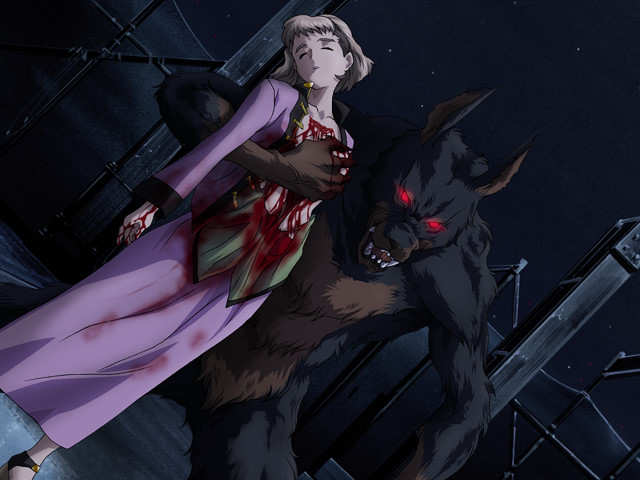 Themes and symbols: As you might have already guessed, the story does not feel integral. There are a lot of actions and cool scenes, but there is not much talk behind them. And there is no afterthought either. The mind is blank and is helplessly trying to put the pieces together rather than think it over.

Overall comments: It's a good C's Ware game and I'm in no way disappointed. The impression reminded me the one after most of Nitro+ earlier games - WTH was that just now? It's not a bad way, but it does not suit C's Ware. Previous games had a satisfying resolution, but here I got only main answers while the fates of the side-characters and even their true nature remained in the dark. A true route would really fit here well. So I'll try to remember Vist and a colorful breathtaking game with a vast amount of beauty and gore. 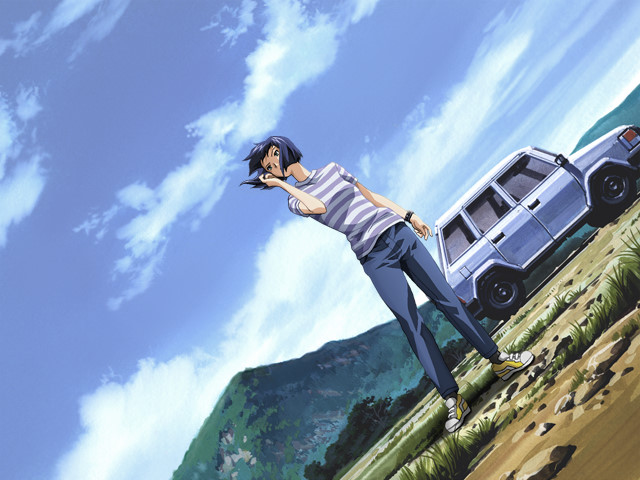