Foreword: Not the type of work I read usually. But game managed to conquer my heart with its opening song, as well as wonderful and various BGM. Actually, I would call it foreground songs rather than background music since those songs shine during the whole course of the game due to the fact that game's not voiced at all. But of course music alone can't be enough to keep attention. Shunpuu Shoujo has very beautiful unique art style and quite intriguing synopsis about celestial girl emerging in human world - such common synopsis was a base for lots of great visual novel stories of the past. But enough preface, let's begin. I'm sorry for the excessive number of screenshots - it's done because game has no CG gallery available online. 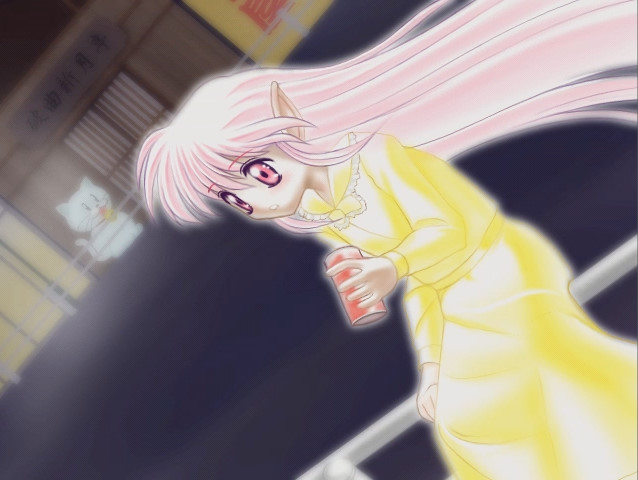 Synopsis: Takuma Takuma is a college student. One day a girl Sari from another world appears before him. She said that she appeared to purify the conscious body possessed by Takuma and the should live together till that time. Takuma friends and girl classmates aren't really happy about that. Where shall the future take him?
Structure: 13 small chapters.
Length: 3-4 hours
Game type: Celestial beings on Earth comedy
Difficulty: Easy. Game offers a choice from time to time, but those are either flavor choices or additional CG triggers.
Character Design rating: 8/10
Protagonist rating: 7/10
Story rating: 5/10
Game quality: 6/10
Overall rating: 7/10 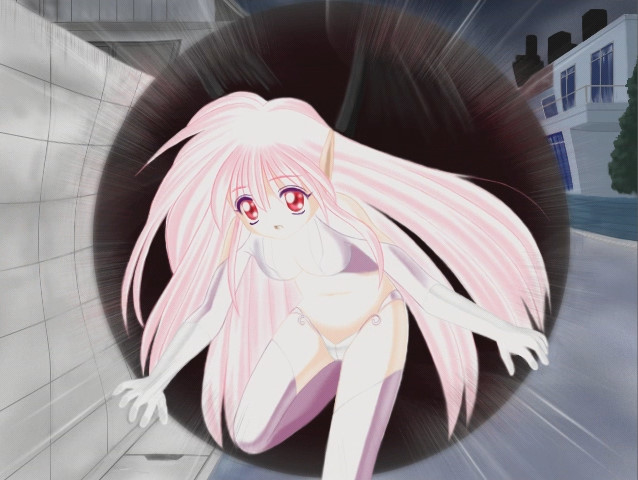 Rating comments: I always ask myself first whether the game is of masterpiece level or not. And if it's not, it can only get as much as 6. And I've come to a conclusion that it's a masterpiece, albeit minor. Character design is astonishing, but characters don't get too much development. Protagonist is ok, but in the end he's just a passive girlish student. Story is on par with Viper-GTS level, so decent, but nothing too complicated or notable. Game quality gets a huge penalty for absence of voicing and overall small length. 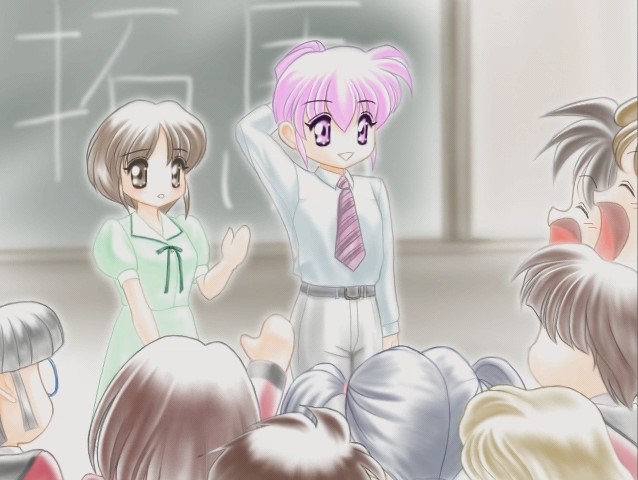 Protagonist: Takuma main feature is that he looks so girlish with his small slender body and long pink hair. That looks a bit weird, but only till HCG come in action. Seeing two small angels on the screen cuddling is quite heartwarming. Overall he's a passive graduating student and can't really move narration by himself. 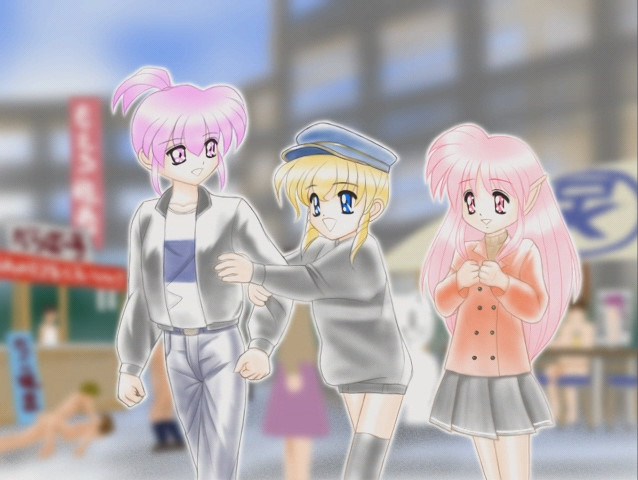 Characters: Story does not have branches, so there is only one main heroine Seiri there. But there are also two lively side-heroines - childhood friend that attends the same college and lower grade student who looks up to protagonist as a teacher. Yes... even though Takuma is a college student he somehow participates in practice as teacher for lower high school students. It's relations between these four characters that form the basis of the game and become the stage for lots of humorous situations. Apart of those four characters there are also two more heavenly beings and lots of sub-characters. 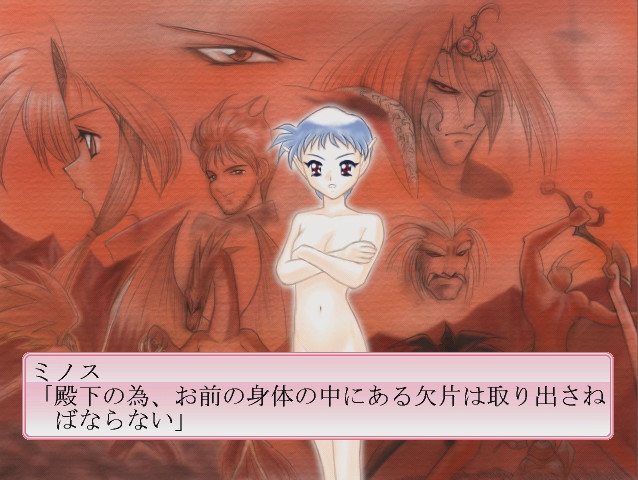 Story: I rated story the lowest - as 5/10, so I'm not truly content with that. Takuma finds Seiri jumping from the portal and getting to know the cast takes first 5 chapters. Then first celestial being appears and brings some cheap drama followed by bouncing back and merry chapters again. In 10th chapter second celestial being arrives bringing more drama and finishing on Christmas eve sweet date. The very ending is curious though as it gives an answer on the future awaiting protagonists since the default situation is quite sad - Seiri is bound to return to her world and live forever while Takuma has to grow old like any mortal. Happy end is very satisfactory. 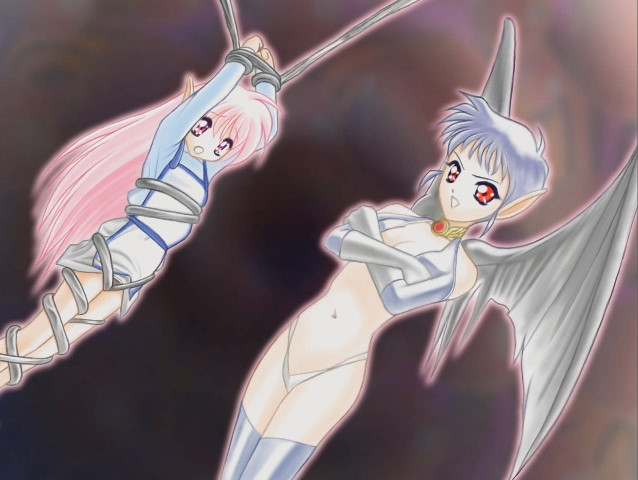 CG: CG here are so gentle and cute. I don't think I've seen art style like that anywhere before. It surely is a treat after today's absolutely the same polished art style dominating in both anime and visual novels.


Sound: BGM is an important actor in the game. For the first hour I was just listening to the BGM rather than enjoy character interaction. Soundtrack is especially cool because there is lots of singing in it. 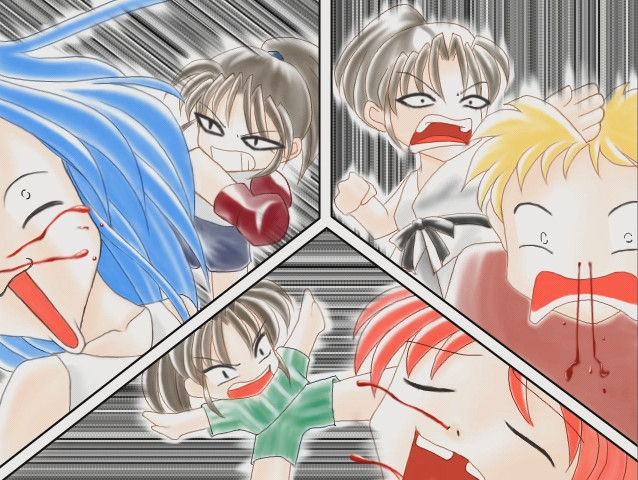 Humor: Humor here is not high quality, but rather in form of funny faces, character sprite emotions, chibi action CG etc. Most of such CG depict someone hitting someone else or such. But same as with CG, even chibi style here is very cute and actually only half-chibi since it's the same body that's deformed and head is proportional to the rest of the body.


Title and Themes:  Title can be roughly translated as "spring breeze girl". I don't think there's a special meaning to it, but Seiri is really so pure and shiny that she's like a breeze among other games' heroines. 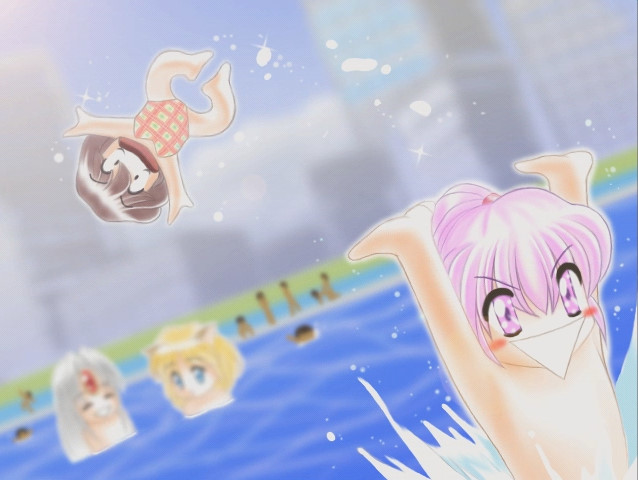 Overall comments: Game's actually better than description above. It has special charm that can't be felt without seeing for yourself. It has unique magic due absence of voicing and unconventional CG and BGM. I'm really glad that Aquarium recovered from the ugly art of its first works Carrot Time and Pretty Cat ~Lily and Kyle no Daibouken~. But I also like that the company does not forget its roots - just look at the very first screenshot - it's Nyantaru Pu himself from Toki no Moto e! I'm happy to see Aquarium made it in the 2000s and will look forward to seeing its further eleven works. 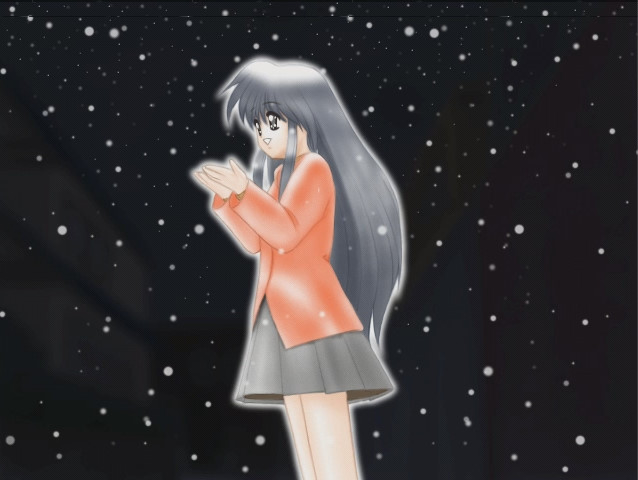 I see you quoted my blog a couple of times; I've decided to play some more vns after a while of not doing so and made some maintenance on the blog, and took the liberty to add yours to the sidebar, hope you don't mind

Your blog is one of the most insightful sources of information I ever seen! And it's so inspiring, because you've chosen a lot of ancient, obscure and difficult to read visual novels and managed to breathe a whirlwind of life in those antiques. You're the living legend out there and I've enjoyed reading your contributions to forums.animesuki.com a lot (afterwards, of course, since I have not been around for long). I greatly appreciate updating your blog rolls since I've found a few ones I managed to completely overlook. Oh, and you're doing it again - picking one of the least appealing, but historically very important visual novel that I initially could only endure for an hour as a part of a joke! Thank you for shining out there.

Good to see somebody enjoying these things. Don't remember ever posting much in animesuki but good to see you found that useful also.
I do like to see more obscure things, though there are several major vns that I'd like to read so I might be busy with that for the moment lol.
Most of the blogs I used to read seem to have died in the meanwhile
This time, I had interest on for elise seems a while back but because I thought it was a more denpa-ish game, I don't think it was a waste of time but I dunno if I would read it knowing what I know now lol