Foreword: I never wanted to play this game, but got a request to make a playthrough recently, so agreed to do that since I was quite curious to see how much the original differs from the remake and why actually PC98 version is described as kamige by some reviewers (1) while remake being trampled to dirt.
Title: Ai Shimai ~Futari no Kajitsu~
Developer: Silky's
Date: 1994-09-30
VNDB link: https://vndb.org/v1836
Youtube walkthrough: https://www.youtube.com/edit?o=U&video_id=u8udgdLjN0U 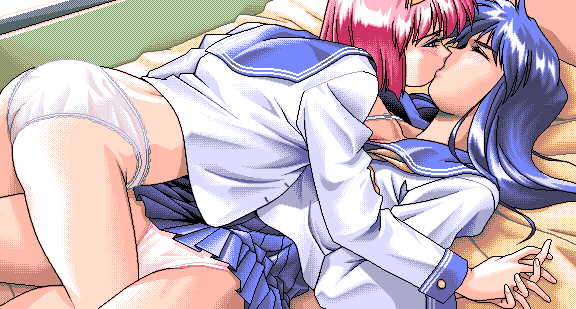 Synopsis: A sincere older step-sister and a curious younger step-sister are doomed to become love slaves. One day, a house wife named Yukie has a traffic accident. She is ordered to pay a large settlement to the other party, Taketo, the son of the owner/president of Nogawa Industries. Unable to make the settlement payment, Yukie allows Taketo to have her sexually. At the same time, Takato's father, Nogawa, approaches Yukie's step-daughter, Rumi, and blackmails her. His evil scheme even reaches for Tomoko, Yukie's younger step-sister.
Structure: 10 branches with endings, some of which are bad endings and some almost identical. Game takes part during 5 days of Taketo father trip overseas - during that time Taketo must settle the incident.
Length: 2.5 hours
Game type: Nukige.
Difficulty: Quite difficult due to big number of branches, guide recommended
Character Design rating: 5/10
Protagonist rating: 2/10
Story rating: 2/10
Game quality: 7/10
Overall rating: 5/10
Rating comments: Even posting a nukige review is a high enough score for such a game, so 5/10 is not that bad. There's no real story and MC is just pure evil golden boy. But character design and graphics overall (including animated pieces) are really nice and all.
Protagonist: Taketo can only compete with cruelness with his father, corporate bigwig. Basically he has zero morality, so easily forges documents, drugs the opposite party and blackmails everyone. Don't think there was ever a trace of his humanity depicted anywhere in the text. 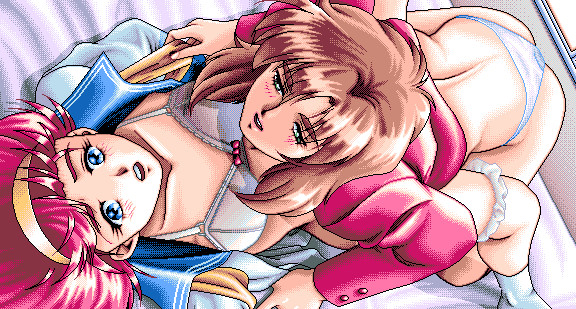 Characters: Main heroines are sisters Rumi and Tomoko, but their mother Yukie and secretary Yumi also play a very big and picturesque part in all this mess and all possible variations including 3P and 4P. Characters are cute, but not developed at all. What I disliked the most was that the interaction between the sisters is minimal, they remain schematic pieces.
Story: It's really all in the synopsis. Taketo's father gets into a crash and imposes dealing with its consequences on his son Taketo (in exchange for giving him pocket money) instructing him using harsh methods and using women weaknesses. And Taketo does just that - invites Yukie to the company office where drugs and binds her making lewd photos of her and forcing to sign a 5 million yen debt receipt. With that document and photos he goes straight to each of the girls at school, violating them as he wants in exchange of partial debt lifting. After 5 days father comes back from the overseas trip and finds out his safe cracked. Basically all the endings differ by the person who cracks the safe and the person who actually gets the safe contents in the end triggering all kinds of good/bad endings. 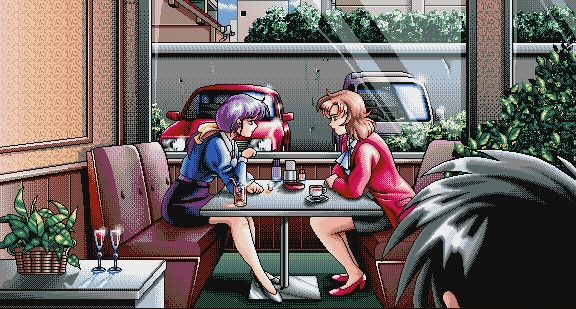 CG: Game hugely lacks non-HCG. It should probably be noted that pc-98 version does not contain censorship. Instead it just... lacks detail in some parts which was quite mainstream way of censorship in 1994.
Sound: BGM... I definitely remember there was BGM and I even waited for two minutes for the intro piece to finish. But overall I guess I did not pay enough attention to that.
Title and Themes:  Title reflects the brainless story - only the fruits of those two love sisters matter here. 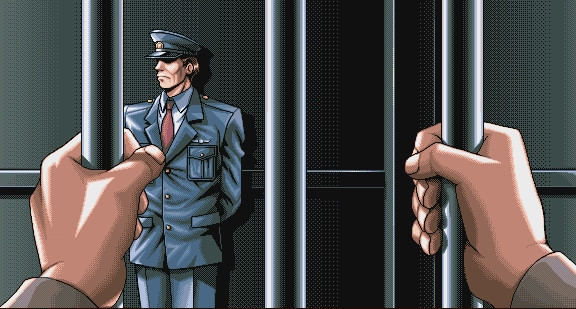 Overall comments: I really did not know what to write about here, so let's keep this at minimum volume. Silky's had a great success with Nonomura Byouin no Hitobito and with that established a standart of multiple branches, multiple endings for further generations. Ai Shimai is their next game, so it's natural that it was meant to reap the success of that new experimental structure. But while Nonomura Byouin no Hitobito is an intriguing mystery game, Ai Shimai is made as a brainless nukige where multiple branches structure looks redundant. They could prolong the game time from 5 days to like 10 days to include all combinations of participants and add some bad endings, but instead they developed these 10 almost identical routes that don't even have logical endings. Like in one ending hero gets hit on the head and receives the best possible ending as a result and in other cases he gets to jail after the very same loosing consciousness instead. There's no effort made in any branch, so it all looks like a very spontaneous development. I'm just happy Silky's stopped spamming the same structure in their future games in favor of more variety. But Ai Shimai original is not all that bad compared to its remake that's a parade of ugliness. So is this game bad? Yes. But is this game good and significant enough to get a review? Absolutely yes. 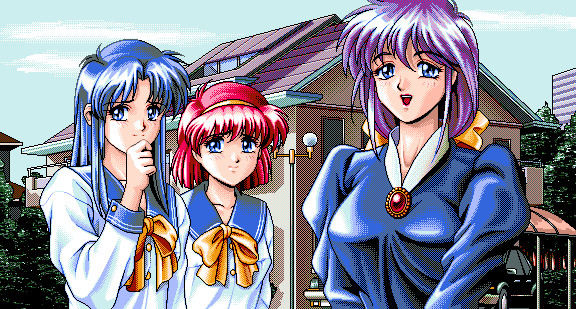 it still my biggest regret on not seeing the LP before the channel was taken down :(. well RIP me i guess.

PS: how was your thanks giving by the way (mark from youtube)