Foreword: I have not put a 10/10 score in a while. Psyclone is a classic cyberpunk story with sophisticated plot and great cast of characters. For genre fan it's an ultimate treasure. But game's not hookable, so I had to manually copy each line from the script for video playthrough. It was absolutely worth my time and I hope it can be worthy of yours.
Title: Psyclone
Developer: Vanilla
Date: 1998-10-30
VNDB link: https://vndb.org/v15546
Youtube walkthrough: https://www.youtube.com/playlist?list=PLENAECnNmAq8KWBAvVAymrEDxV6nl3B0E
Synopsis: Psyclone is a cyber-reality city accessed by using bio-interface. Recently it has been under attack of crackers causing anomalies and hurting people, so its inventor "Postman" along with his comrades "Bee", "Peepin Sam" and one of the crackers "Saiko" try to find the source of attacks. At the same time in the real world many young girls get missing in the slums. How can these cases be connected? 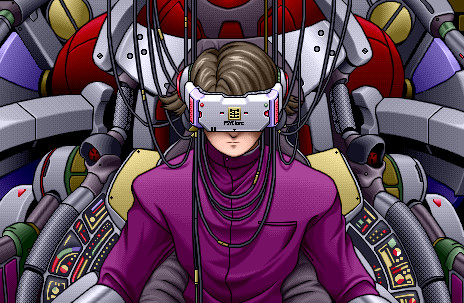 Structure: There are about twenty micro-chapters, but those are numerated in any manner.
Length: 5 hours
Game type: Classic cyberpunk story.
Difficulty: Easy. Each time you get a game over, you can press try again and get just before the wrong choice.
Character Design rating: 10/10
Protagonist rating: 10/10
Story rating: 10/10
Game quality: 8/10
Overall rating: 10/10

Rating comments: It's been so long I put any game a full score. Game is perfect composition-wise and characters-wise. But game quality gets a huge penalty for rhytmic but lacking excitement BGMs, non-full size CG (HCG are almost full size). There were also technical difficulties - inability of hooking and game error on windows switch, but launching with Dxwnd and using the text script ripped from the game did the trick in the end.


Protagonist: Postman is a great protagonist. He inherited rights on bio-interface after his deceased father, but he created Psyclone all by himself. Furthermore, he managed to save his father's memories before the brain death, so his father is alive in the form of talking head in the real world and a full-scale actor in the net. The real name of Postman is Thomas Post Stroker. He's got a face and both knowledgeable and cool. 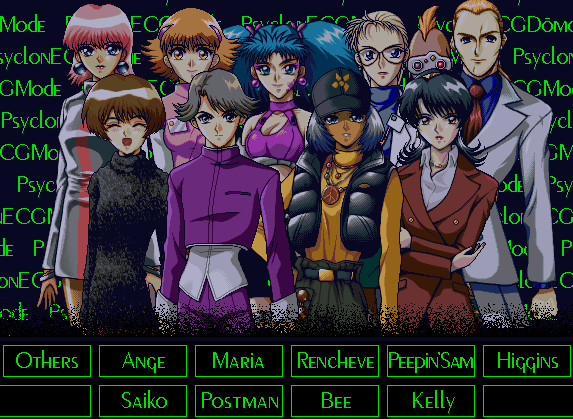 Characters: The characters names correspond to the picture above - upper names row to the upper characters and lower names to the row below.
There are two main heroines. First one is Postman's comrade "Bee" who is known for being a fast and tough user. She uses both forms of male and female in Cyclone. Her real name is Vi Rubins. She tries to behave rough like a boy, but she is so sincere and protective over Postman that she managed to totally win my sympathies. For example, in one of the bad endings she keeps nursing Postman in the vegetable state after he got his brains fried in the cyberspace. She also saves her virginity for Postman despite behaving all tough and being mocked by Saiko for that. I could not force myself to look at Saiko ending after seeing Bee's one.
Saiko is a supercute and supertalented cracker. She has a lot of in common with Postman as they both are regarded as otaku with an affinity to old tech. She's energetic and of modern views. She's a very nice person, but I don't like it that her ending requires intimacy twice during the main course of the game.
There is also a third main heroine, but she stands aside of both primary heroines. Kelly is a police inspector with a very important role to play. All I can say is that her ending goes on top of the primary heroine ending and may either happen with any of the heroines or may not happen at all.
But look at this cast. There are also plenty of cool characters. Ange with her bright clumsy personality brings a lot of comic relief into the game. Peeping Sam is one of the coolest hackers with a terrific voicing. Postman's father is not presented here, but he is a worthy addition to the team, both for his constant fights with Postman and for his activity in cyberspace. That's a really great cast in here. 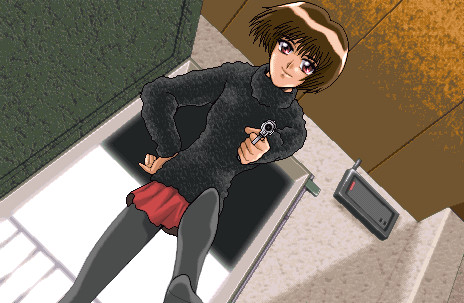 Story: I don't feel like giving spoilers this time since the story is absolutely worth of reading yourself, but here is what I can share in addition to synopsis. Postman dives into the cyberspace to track the cracker and confronts Saiko there, but she turns out to act all by herself and not connected with the other cases of attack or kidnappings. So she decides to cooperate with the team to find the real culprit. At the same time Postman is being followed by a Cybertech corporation worker Ange who consistently offers to sell the rights for bio-interface. Upon overhearing a policeman we get to know that policemen have to fill quota of bringing two girls per day. So we need to investigate three major facilities - Saiko's information shop where she got information from, police station and Cybertech. And that's absolutely all I can tell without major spoilers.

CG: There are not as many CG as I hoped for and it's a pity that CG only take like 1/3 of screen space. But I really like the old-school style and the quality of each CG. 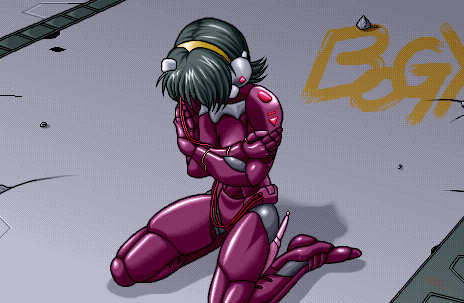 Sound: BGM is rhythmic, but without real melody - that can be both plus and minus. Voicing is truly great (only protagonist not voiced).

Humor: Humor in this game is not in the form of gags, but rather situational. Ange is the main source of humor situations. I especially liked how she was offered some tart and each time she sincerely exclaimed "Ah, oishiso!!!", but then remembered of the number of calories and rejected the offer. But the fun part was that the same situation was repeated several times during the talk. And she has such a light windy personality that we easily believe that she sincerely rejoices each time forgetting about previous cases. 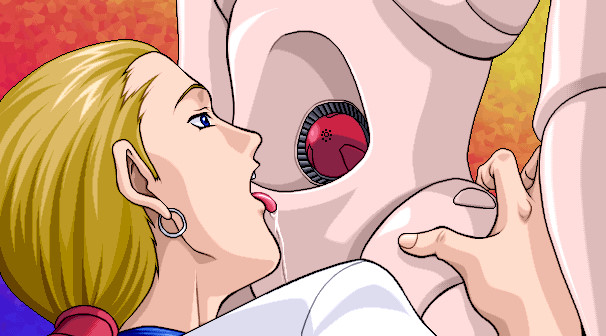 Title and Themes:  I always try to guess the meaning behind the title of the game. And this time there are so many meanings in the title. Psyclone = Psyclone city + Saiko + Psy + Clone. Game incorporates the best cyberpunk ideas, but manages to tell an absolutely unique story.

Overall comments: I praised the game enough, but how could such a wonderful game be overlooked by Japanese audience? Game's got just one impression that's not even accessible now via web archive. I guess game graphics are to blame. In 1998 users could only try to assess the content by the box and box only features non-flashy images and weird phrases like "Cracker", "Bio Interface", "Texture Ripper". And that cost 8800 yen which was the cost of a top-tier game. Whatever the reasons are, game is just too big to be forgotten and I'll give remaining Vanilla games special attention. 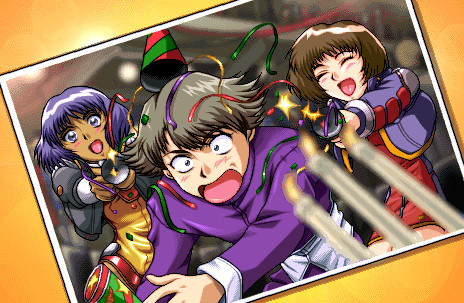 Hello there. Anyway to contact you?
Great review.
Have a nice day.

My mail can be found on youtube channel about tab.

Sorry. It shows for me as email for business inquiries. Failed to make it public, so posted email at google+ link under about.

Hi, link to YouTube appears to be down, wich is a disappointment. It would be cool if you fixed that.

I can't fix that since google shuts down whatever it wants without giving a single strike and without bothering to explain the reason - just throws the link to the general agreement as a reason and to any appeals. I'll try to make walkthrough-only channel making proper backups, but a bit later.