Foreword: Heaven's Cage is a very curious find for me due to its fresh, uncommon view on MMORPG. It pleasantly surprised me on more than one occasion. Here are the results of this experience.
VNDB: https://vndb.org/v1355
Youtube: https://www.youtube.com/watch?v=m4rkHG8K-TE&list=PLs4Gp5VU4Fv_nMwz1VgZtn0zheAWpoWfO

Synopsis: This game is about a group of classmates and an online game called “Heaven’s Cage”. As they go forth and explore the virtual landscape, battling monsters and looting dungeons, they unknowingly start to get to know each other. I appears that the characters can make some interesting online personae in the virtual world; such as seasoned fighters, powerful magicians, mysterious player killers, or a character that hates fighting/killing monsters. It would also appear that this game is more connected to the real world than we’d assume. 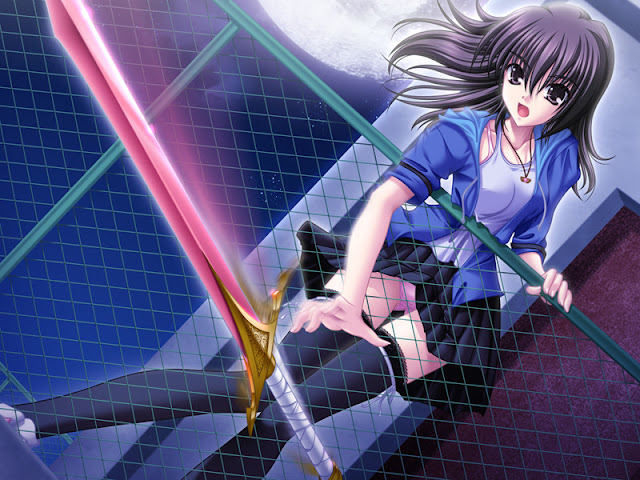 It took me a long time to finalize the score, but there was not a single doubt that it was a masterpiece. During the whole common route and Melaria route it was a 8/10, but other individual routes are much different and at the same time very much alike among themselves, so evaluation dropped to 6/10, thus the result. Game is pretty chaotic, so will be this review. 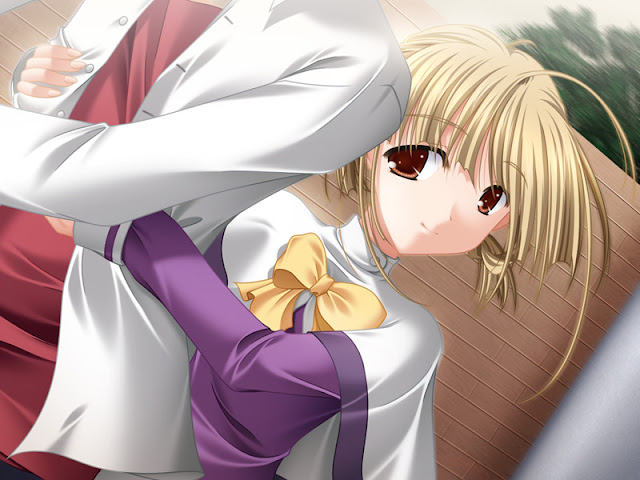 First of all, synopsis is pure crap, but official synopsis is even worse, so here's my lazy summary. Makoto is a normal high school student. Due to family circumstances he has to help about the net cafe. There is a local mascot girl Nao that he needs to escort to her work in the cafe and from it due to being stalked. But Makoto spends evenings in the "Heaven's Cage" MMORPG as a trader with the naive girl Melaria who seems to be bugged. Strange monsters start to be seen at school. Schoolmates including Nao get to disappear and mysteriously show up at the "Heaven's Cage" as adventurers... 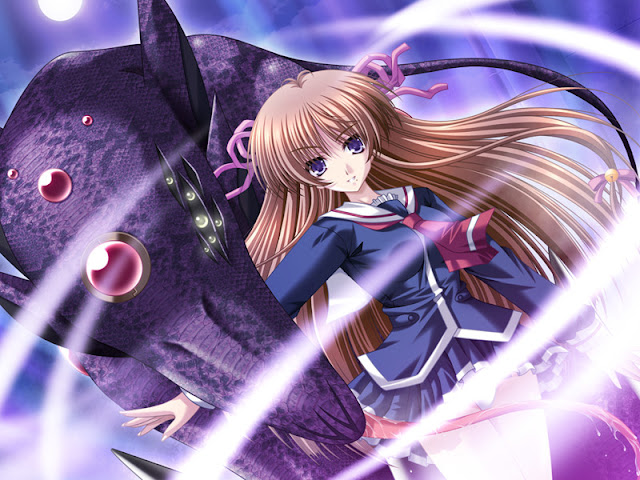 Phew, that pretty much covers it all. Just mind it that answers to the mysteries aren't really cool, so upon learning all of them game loses much of its charm. I really liked the common routes because of of pervert cousin Misao and constantly embarrassed Nao. The gags they produce are hilarious. At one moment I even thought that Nao is voiced by Naruse Mia - the voice got same funny. But I was always waiting for virtual world logins as Melaria really managed to grab the attention even while being a naive heroine. Melaria does not exist in the real world (well, except for her route), so she is not stupid naive, just naive about RPG. And that everlasting gag about Melaria hitting samurai bunny with the book and asking to forgive her all the time is just hilarious. I'd also want to notice that game cleverly uses repeats. Like Nao always says "Hai" wa ikkai where Hai can be Hoi, Ai, Ey etc. And then when Nao disappears and someone else says the same it strikes really hard. I'm saying all that in an attempt to explain why common route and Melaria route thrilled me so much. Just add here guildmates, permadeath, grind, time loop, player killer, beasts as if from abbyss, and I get enthralled. 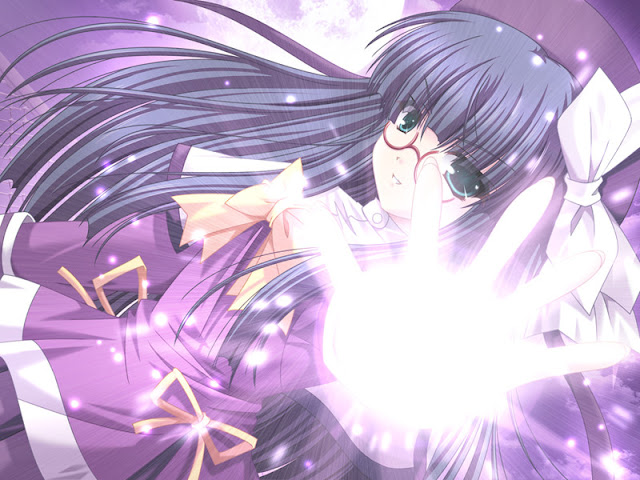 Originally there was only one negative point noticed - visuals. CGs are rare and mostly really bad. Then another point was added - eclectic narration that is presented both by Makoto, but also Naoki and Saiko. There are constant dream and interlude pieces as well as virtual logins that aren't really referred to in the real world, so we can't even confirm that Makoto really plays a MMORPG. These multiple protagonists are needed, because Makoto's job in the virtual world is ... trader. Wow, really. He is pretty bad with fighting, so whenever we need a strong character Naoki usually shows up. But the most devastating negative point is the resolution in all the routes apart of Melaria route - very upsetting endings. 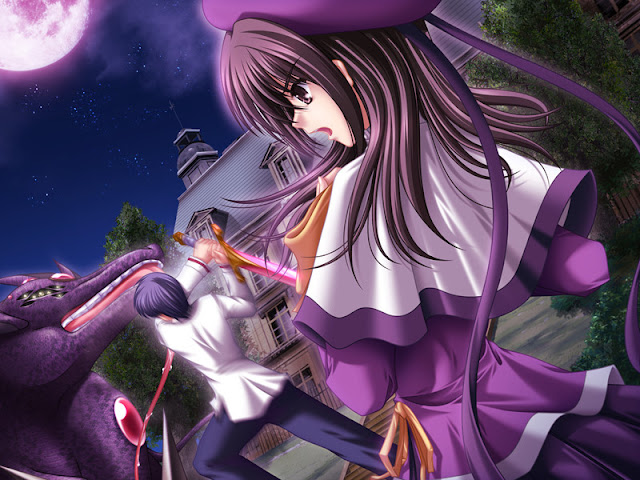 Melaria is - probably - the main heroine of the game as she is the only one who has multiple endings (all the other are bad ones), but what's most shocking is that her route is the shortest one, it hardly scratches the surface of the virtual world, actually. But it has great resolution and saves mystery for that later, so is really enjoyable. All the other heroine routes are just a bad retelling of Fate/Stay Night. All the alliances keep the attention for some time, but the story fails to be bold and tell anything new. It's just a shame that the most intriguing character Amakawa Koyuki never gets her route. It was a chance to finally find another way out to the different resolution. 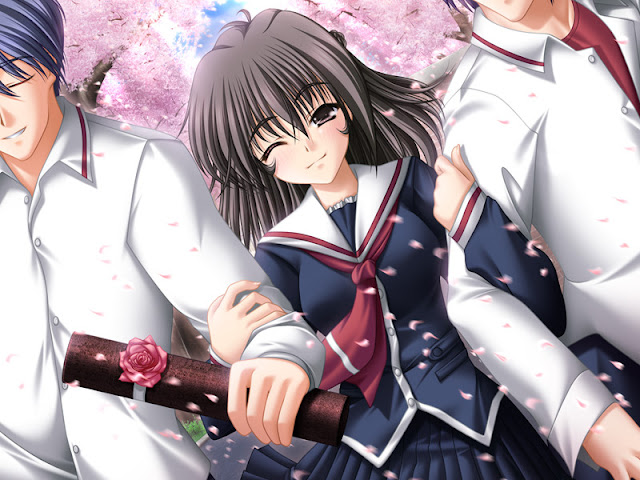 Game has one curious though that keeps pestering me. What if absolute majority of adventurers are fake ones and are controlled by AI? It's an absolutely shocking discovery that in Heaven's Cage there are only some 10 adventurers overall. The rest are fake ones since they never get interested in the most important news and never try to make any effort towards finishing the game. 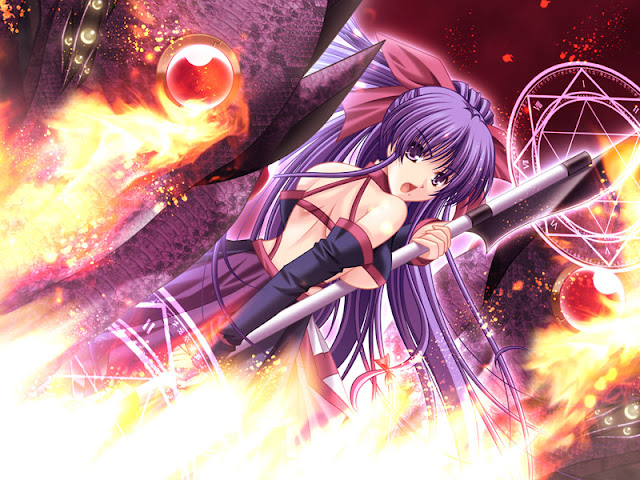 So, Heaven's Cage is a game that starts really strong, but ends up poorly, and we all know that final impression is what matters the most. There are some really nice characters like Nao and Shion. It's nice to see real world high school girls turn into adventurers of different professions. I enjoyed the combination of elements introduced here. But the core of the game is poor, and I can't argue about that. 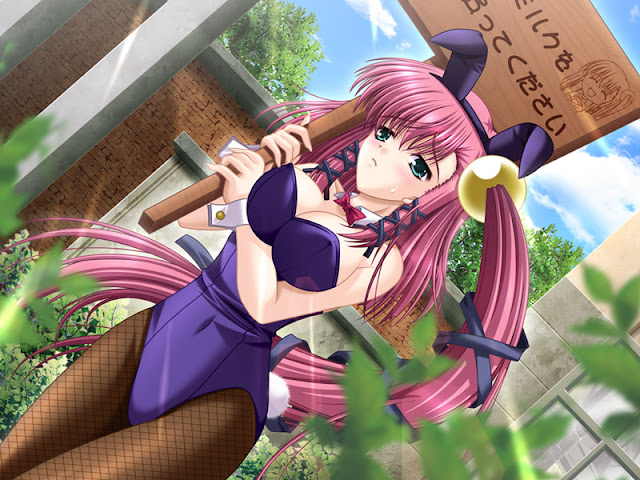 So, this VN sucks in its entire ending portions?

Melaria ending was conflict-free and thus pulled this game for me. In other endings everyone starts fighting each other without presenting enough reasoning and there some permanent deaths - and this produces a negative impression.