Foreword: Could only find one small impression (1), and it covers main points. I'll try to provide some novelty by comparing the game with the anime version.
VNDB: https://vndb.org/v25
Youtube: https://www.youtube.com/watch?v=o19Xvg1cMhE&list=PLs4Gp5VU4Fv-J7-CHaWYlOWzwXgTG0uAE

Synopsis: Kusaka Yuu is a student that lost his will to live after the death of a dear childhood friend, until the day a mysterious girl, named Yoake Eimu, appears. From that moment on, his life would never be the same again. Hunted by Ayakashi and their hosts, the power within Yuu awakens and a never ending battle begins. 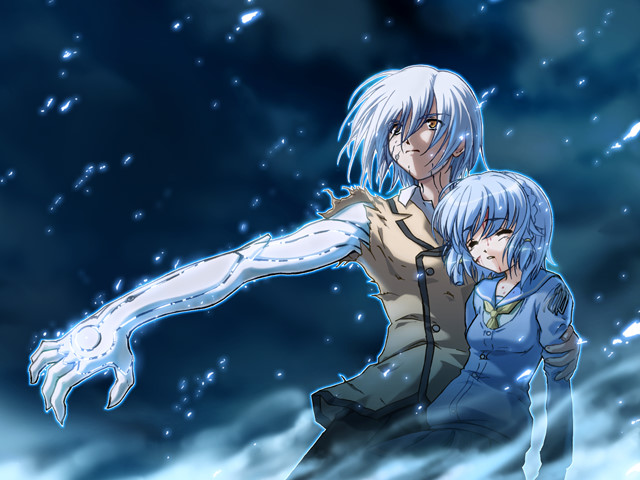 Some comments on the rating are necessary. I absolutely adore quality here as there is an abundance of CGs here, all male characters are voiced (except for protagonist), a lot of animation is used constantly, writing level is high. But as a whole it's a pretty straightforward action chunige with moderately interesting heroines and normal protagonist. The result is great, but within the expectation boundaries set by the concept. 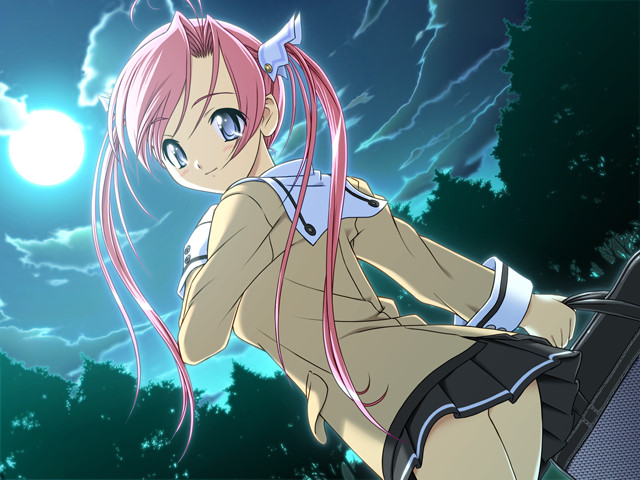 A few words should be added about the story. Yuu has a gift to manipulate items from the start. He meets aggressive gift bearers very soon, and mysterious girl Eimu can't protect him all the time, so Yuu has his power awakened in extreme situation. Alliances between ayakashi wielders get forged and broken as they all try to find their place in the society and protect the world from this curse that drains power with each use. Soon Yuu finds out that his powers come from the incident that happened two years ago and of which he has no recollections... 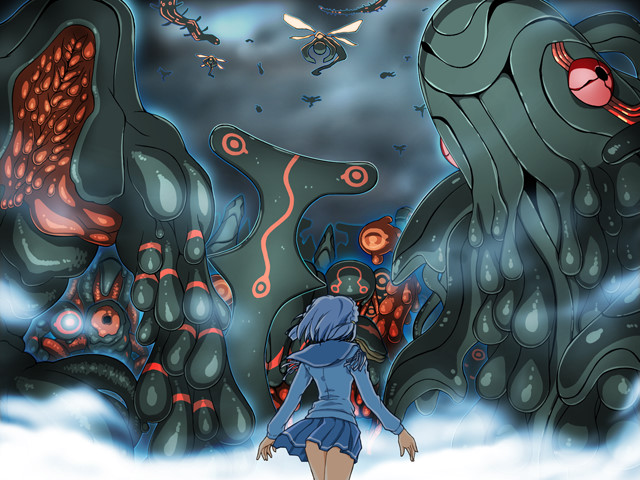 As expected, anime version retells the introduction of the game very thoroughly and vividly (unlike game that tries to limit impact of blood in scenes), but then focuses mostly on action skipping all the build-up and gags. As a result, it feels like a spree of pretty random battles and starts to become boring around the middle of the series. Anime also does not have the liberty of following all the endings, so it focuses primarily on Eimu and her sister Akino endings. Eimu can be called the main heroine of the game due to complex personality (hinting this would be in the spoiler range already), and Akino story underlines the problem and future of ayakashi as species, so it's only natural these themes are developed in the anime. A lot of side characters get scrapped in the anime. What makes me feel awkward in the game is childish sprites of the girls. In CG they look much older, and in HCG even more mature. Anime fixes that by presenting slightly older versions of the heroines. Overall, anime feels forced and disappointing while game manages to provide a unique story while giving enough attention to various heroines. I especially liked that Chinatsu got her ending after being so poorly treated in the main course of the game. 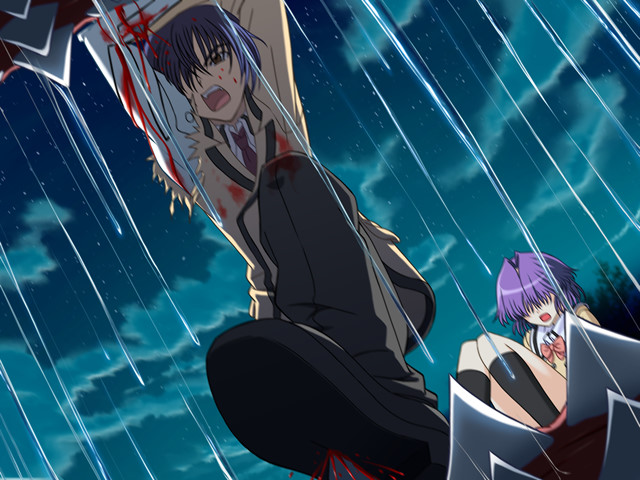 Ayakashi remains mostly an action game while the philosophy of ayakashi as species becomes buried in whirlpool of betrayals. Game is highly enjoyable as it is, and my only regret is that age range of main characters and constant shift into action did not let the more serious themes to flourish. Every heroine is likable, and personal stories vary greatly, so I don't really see a reason to ditch this game. 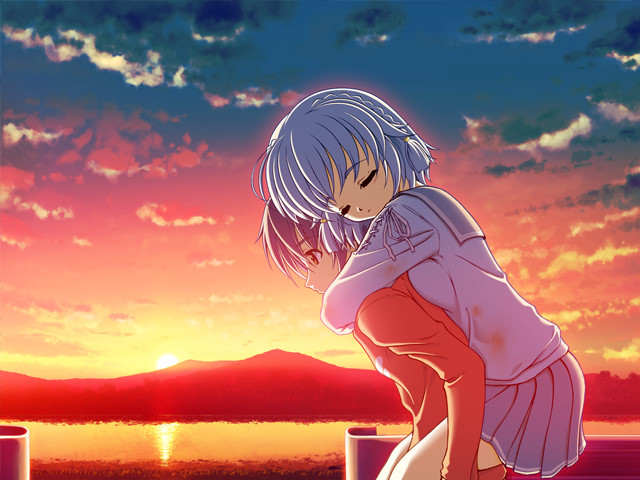 So, how many routes are there here?

There are four routes here, four heroines are marked main characters at vndb. But the story is basically one, just at different stages we can stop and pursue some heroine instead of going further. This way only Eimu route feels true since it leads to the very end of the game confronting all the main enemies.