VN of the Year 2008 and POLL for EXTRA review

Year 2008 started with two failed months, continued strong, but by the end lost a lot of appeal for me. There is not a single full 10/10 masterpiece (although technically Dies irae reworked version may be counted), but the overall number of masterpieces is again 20, exactly the same as in 2007, so can't complain here. New portion of Visual Novel Openings 2008 with songs.

A number that becomes magical for each year. Wanted to catch up with micchi blog that started monthly overviews in late 2008, and I'm finally there. As for VN of the Year, i'd nominate 12Riven -The Ψcliminal of Integral- .

Covered three years in visual novels over these eight months, but now I'm taking a month or so break from new posts - will rest, update old posts with newly added works and fulfill a number of youtube requests to add leftover routes. See you somewhere in October. But last post before the short break will be extra review for the year 2008, of course. Traditionally, adding here untranslated masterpiece games that I did not pick up for review throughout the year, and if five slots aren't filled, getting some curious non-masterpieces in addition. Let's choose an EXTRA review for 2008 in this poll: 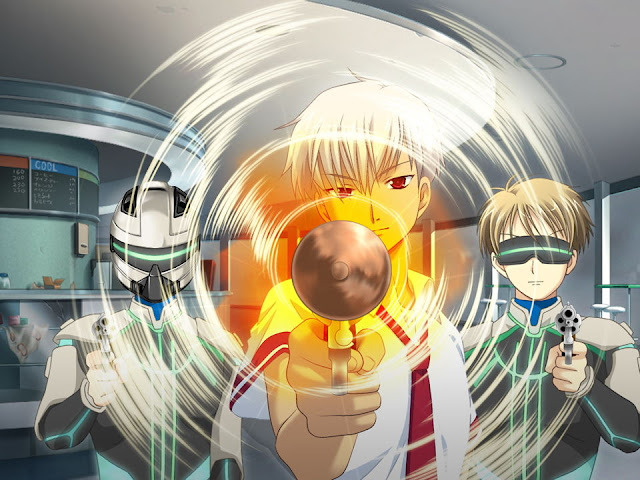