Foreword: I did not intend to play Armist to the end, but its game system was indeed player-friendly and the story turned out to be quite a serious thing instead of being a bakage, so it's well worth a review.

Title: Armist
Developer: Basement
Date: 1992-07-03
VNDB link: https://vndb.org/v8564
Length: 2.5 hours.
Game type: Command selection ADV.
Youtube walkthrough: https://www.youtube.com/watch?v=wRhArebnKUk
Difficulty: That's the most important thing in the game. There are few commands to select from and as soon as the topic is depleted the command disappears. This way repetition is eliminated almost completely. There are also some 10 "fights" in the game, but there aren't any stats and player can only choose means of attack for each of three heroes. That choice is mostly meaningless (only the toughest enemies are immune to physical attacks and should be dealt with gunfire). 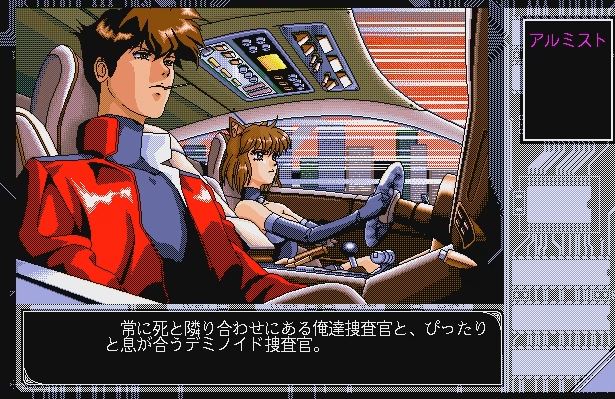 Synopsis: In the future, advanced genetic studies opened unseen possibilities for mankind. After years of research, it finally became possible to create artificial human beings with animal traits, the so-called deminoids. The player takes the role of the head of a detective agency named Armist; two pretty female deminoids (with bunny and cat ears) are his trustworthy partners. Investigating a murder in a huge deminoid-producing company, the hero will eventually discover the truth about this scientific achievement and all its implications...

Structure: Game consists of moving between four floors and each of those floors demands a different diskette image, but overall it's just one day.

Rating comments: The governing attribute of the game is simplicity. Both main heroines Billy and Miria have straightforward characters. The gameplay is mostly about room investigation and the important information is given mostly in the end. There's no drama or treachery and game is short - that all prevents the game from being a major one.

Protagonist Rise is the name of the hero. He's the head of the detective agency. A cool guy who can both melee and support with gunfire. What's especially nice is that he's not a perverted type - but a pure professional. 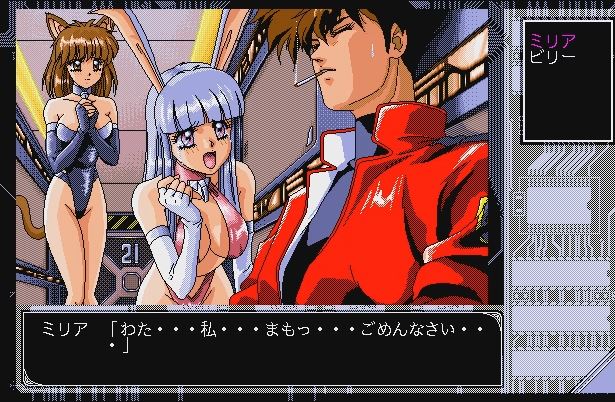 Characters: Miria the bunny girl is the more sensible of the deminoids. She believes in negotiations and she's a cowardly one. Her weapon is a gun, aimed shot and quick shots. She's also blamed by Billy for wearing fancy dress. On the other hand Billy the catgirl is the close quarters fighter using  claws from her fingers. She's the violent type and prefers to to fight, then think.

Story: We just come to the roof of skyscraper and investigate the rooms of the four available floors from 45 to 48 on with on average 5 rooms per each floor. One by one we get to find survivors in different states of mind, but none of them are perfectly sane. Some of them turn to be enemies, some happen to be helpful. Oh and of course we get to know who and why massacred the whole staff of deminoid production company and put an end to the incidents. 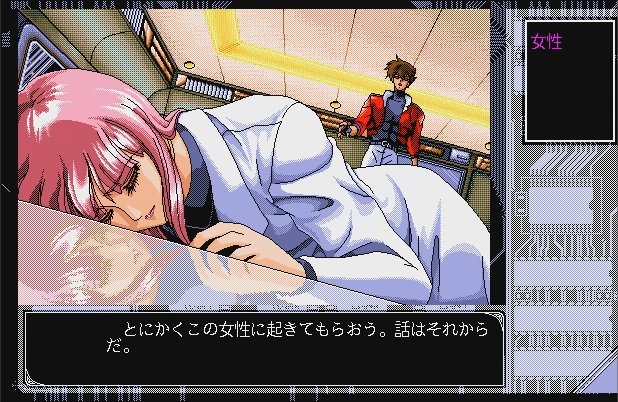 CG: CGs are of beautiful retro-style, but are mostly packed at the beginning and close to the end of the game. The only HCG in the game are couple shots of enemies without upper body dress.

Sound: Sound is merry and couple of bgm REALLY reminded me of Gao Gao series music.

Overall comments: So the reason I even decided to write a review on this game is how much it reminds me of Gao Gao series. Same animal ears mutants, same heartwarming party talks while exploring, same numerous rooms and floor for investigation (and some rooms looked very familiar to me), same merry atmosphere with occasional drama crumbs, same heads icons on the bottom during dialogue and even bgm at times sounded much alike. I honestly believe that this little bright game inspired Four-Nine for creating a whole world based on the same premise. But here there's little mystery behind deminoids. Four-Nine, on the other hand enveloped the whole mutants appearance in the myst and added the whole new layer of humanity extinction (to a different degree in different works of the series). Game is hooked well and the received text is without garbage, so I'd recommend to have a look on the game for all Gao Gao fans and just all admirers of retro CG and music. My video walkthrough is in a bit too fast tempo since I did not intend to get to the end of it, but it's still watchable, either with pauses or with just reading dialogues as there are always pauses for dialogues. 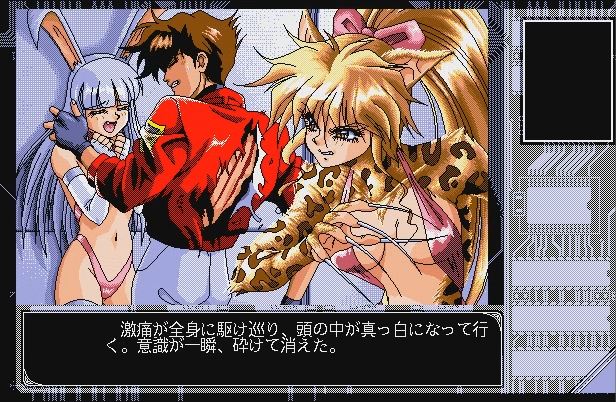