Foreword: Himeya Soft and C's Ware are basically the same people, so it would really be a shame to miss their first cyberpunk game, father of Xenon ~Mugen no Shitai~ and grandfather of luv wave. How deep is the story? How much torture does it imply on players? Does it already have mind-screw elements? I'll try to answer all those questions. 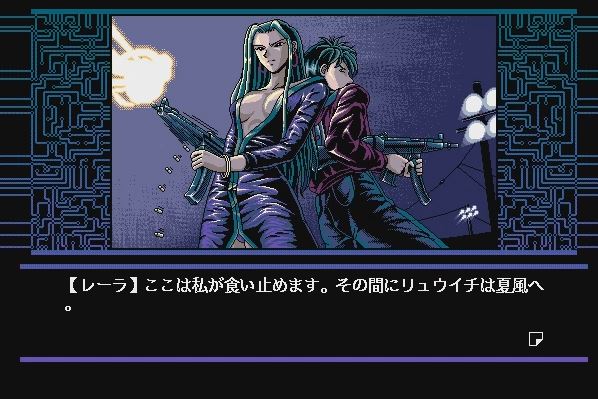 Title: Phobos
Developer: Himeya Soft
Date: 1992-07-16
VNDB link: https://vndb.org/v9006
Length: 4 hours.
Game type: Command selection ADV.
Youtube walkthrough: https://www.youtube.com/watch?v=PWumb25ixg4&list=PLENAECnNmAq8RWaOExpvkkUSuI3utIyp1
Difficulty: It's not difficult, but rather very repetitive. There's no telling when event is going to be triggered, so I had to make a full round of talks with each npc and return to the base each time. It would be more pleasing with a walkthrough.

Synopsis: In the future, mankind successfully colonized Mars. However, the colonists eventually wished to be independent from Earth's control, and as a result a war began. Martian colonists used armored combat androids in battles. Eventually an uneasy truce was achieved, but Martian economy was badly damaged by war, and the planet became de facto dependent on Earth to survive.
Half a year later, a young Tokyo-based private investigator named Ryuuichi and his assistant, the android Leyla, are contacted by the colonel of the former colonial army of Mars. It appears that someone has stolen documents containing top military secrets and disappeared with them. Ryuuichi is asked to find that man, whom he knew quite well during the years of war...

Structure: Ryuuichi is given five days till the new rebel war starts, but actually the game takes only four days and on the beginning of the fourth day the most important events to prevent the war take place.

Rating comments: I really liked the protagonist and the story behind him. But for heroines... they lack attention and thus depth. Android assistant Leyla is given much attention, but she hardly has any feelings apart of loyalty. The story is really tough and good with sudden twists and treasons. But overall high repetitiveness and somewhat spontaneous H events hurt the impression. It's still a masterpiece for me. 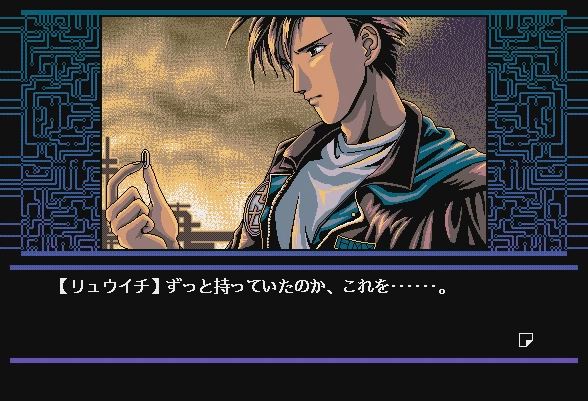 Protagonist: Ryuuichi is the real gem of the game. He participated in the martian war and three years later keeps seeing nightmares about those armdroids he killed. He does act like a perv at times, but that's to add comical effect mostly. His wife Leyla stayed on Mars and he remodeled one of the armdroids to serve as his assistant and named her Leyla as well. Ryuuichi story actually might be more important than the main martian guerrilla one. The game ends in half happy tones and half sad ones and the ring scene is touching and well-done. Describing it would be a spoiler. 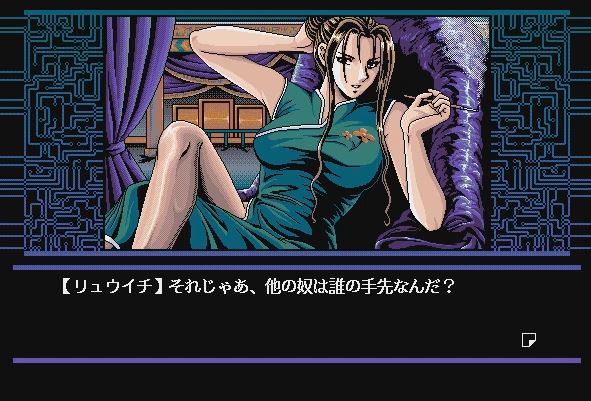 Characters: Game has quite many characters. I've counted seven heroines with HCG. There are also some hard-boiled male characters. The peculiarity of the game is that only one heroine is of calm civilian type and the others have a violent character and are skilled in warfare. They're quite the beauties as well.

Story: So, we're only given vague instructions to find captain Konnor who killed one of the soldiers and fled with secret documents regarding martian guerrilla movement. We're not being too successful when we find some mysterious woman spying on us. Following her leads to East district where two suspicious organizations dwell - Sakuragi Heavy Industries and Club Kowloon. Both of them have only women as staff members (males still serve as guards) and for a good while we try to get inside those buildings. Still the most of plot events happen as encounters - our life is in constant danger with so many violent girls around. At the same time one of our hirers major Garrak is rumored to deal with drugs and conspire with martian rebels. Then suddenly everything starts to look not as it seems and friends get to be difficult to tell from foes. So, yes, it has mind-screw elements, even though in initial state. But the story is complex and inspiring, so it's well worth the time.

Title meaning: The title screen of the game says literally : "The "PHOBOS" is a satellite of the mars". And up to the very end the name never shows up. And it actually turns out to be the name of the secret military plan dealing with photon and nucleus. I really like it when the meaning of the title gets explained at some point. 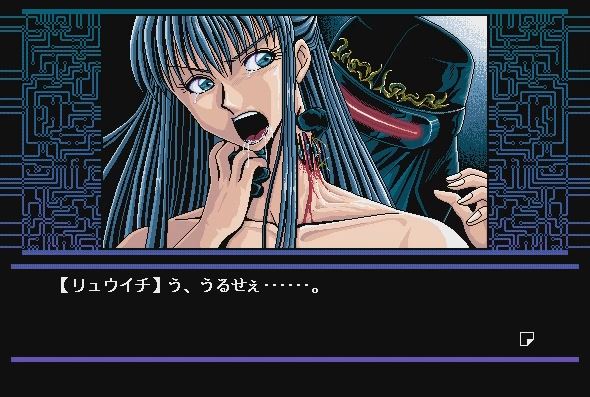 CG: I can't say CG are good here - they're fine - the girls are mostly cute, the males are tough and androids are cool, especially when damaged.

Sound: There is a different BGM for each place and those are pleasant tunes.

Overall comments: Phobos is a serious mature SF story and adult elements suit fine here, same as in Imitation wa Aisenai. HCG are very modest and light since they serve the story and not otherwise. That helps to create a human dimension out of protagonist private life drama instead of being just a sales oriented adventure work like Snatcher. I really like it how Himeya Soft and C's Ware great games turn out to be underrated. In Phobos case I blame horrible and childish-looking box cover. The more the joy to discover these masterpieces. 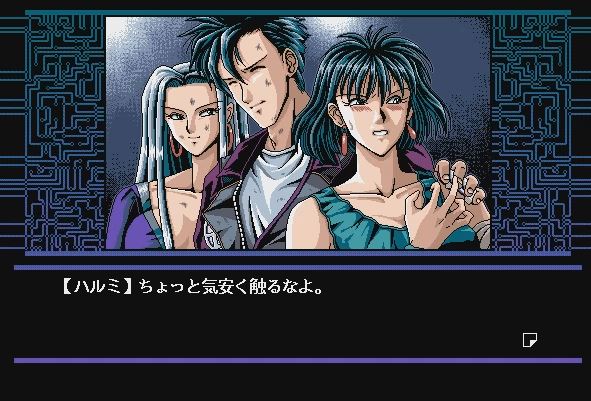