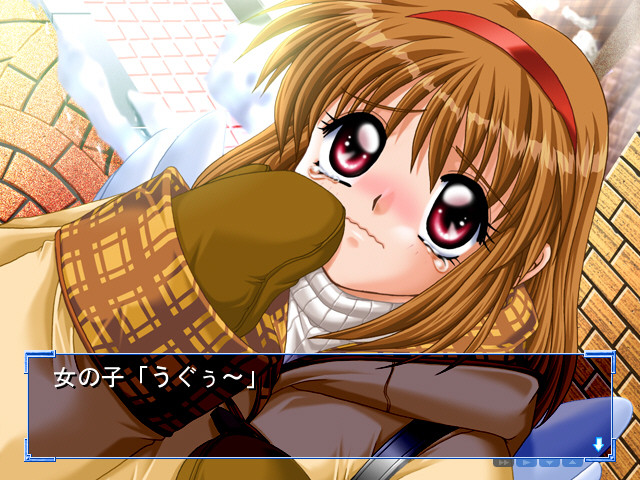 The VN of June 1999 is Kanon. Not because it's well known - that's irrelevant. But because I've found a route in it that I totally liked. I'm talking about Mai route, the demon hunter. The main funny part coupled with night school hunt were a cool mix. The three-sided friendship of Mai-Sayuri-Yuuichi was just perfect, because the bonds between the girls were so firm and that they understood each other completely compared to Yuuichi who doubted them often. There are night evil spirits fights, lots of swordplay, cool and always right Mai - what's not to like here? I did not notice forced drama or sleazy relations there. Well, the last hour of Mai route was horrible, because nothing happens apart of childhood memories and desperate attempts to squeeze a tear by endless repeats of the same things. I safely ignored the last hour and thus saved only good memories about Mai route. I'm not going to explore other heroines routes since I'm not ok with their personalities and/or mental health. So hip hip hooray to Kanon, the great devil hunter story or at least so I remember it for. I'm absolutely assured that the main power of Key is in creating very enjoyable drama-free general routes and heroines routes and especially endings fall into being forced nakige.