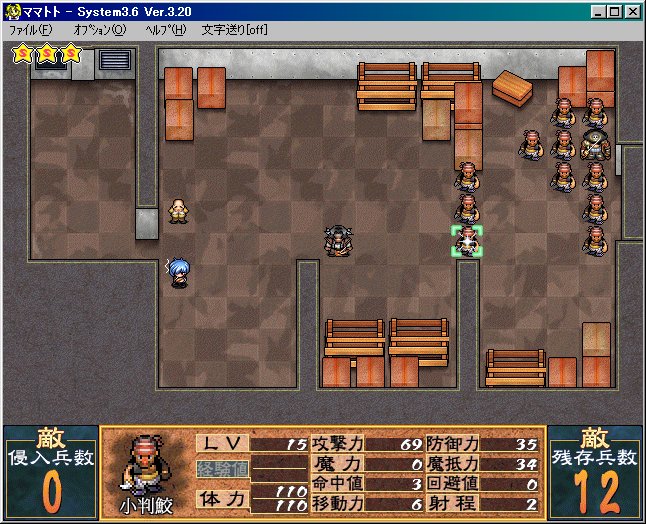 Wow, there's a mortal combat between such titans as Team Baldrhead, Alice Soft and Studio e.go this month. Well, Men at Work is the first RPG offspring of Studio e.go and it's just too simplistic to compete yet. Baldrhead is also the first part in the series and suffers from some technical problems and short duration. Mamatoto ~a record of war~ on the other hand is quite a polished RPG that even has English patch and it is the VN of the Month July 1999.