Foreword: Won't lie, I only picked this game since the other notable titles of the month were gameplay-centered. But this one is a mystery story centered around time travel which makes it stand out among the rows of typical charage in October 2000.
Title: Kaichuudokei
Developer: Free's
Date: 2000-10-13
VNDB link: https://vndb.org/v21778
Youtube walkthrough: https://www.youtube.com/watch?v=Y8GxGaUo6Yc 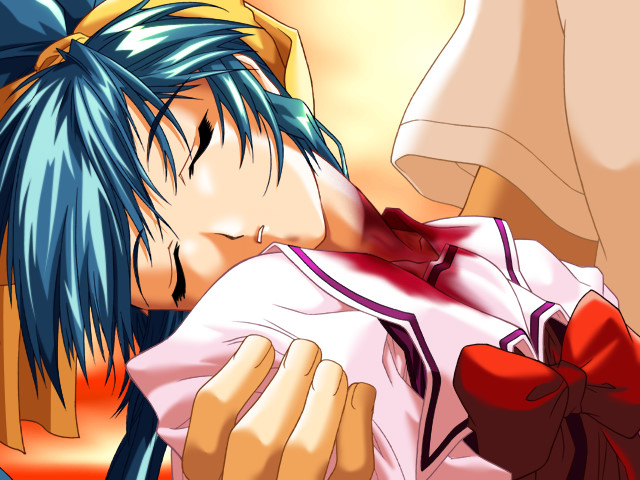 Synopsis: Some girl appears before main character and gives him pocket watch. The next day she meets hero once again, but she had no recollection of the yesterday encounter. Strange events start to pile up turning into bizarre incidents that are able to claim one's life. Can he protect the girls?

Structure: Game takes some 5 days, but we have to repeat only last 2-3 days usually through time travel
Length: 3.5 hours for one route
Game type: School crime mystery with time travel
Difficulty: I'd say moderate. Composition is unusual, so it's possible to get lost without knowing how to proceed after bad ending
Character Design rating: 6/10
Protagonist rating: 5/10
Story rating: 7/10
Game quality: 5/10
Overall rating: 6/10 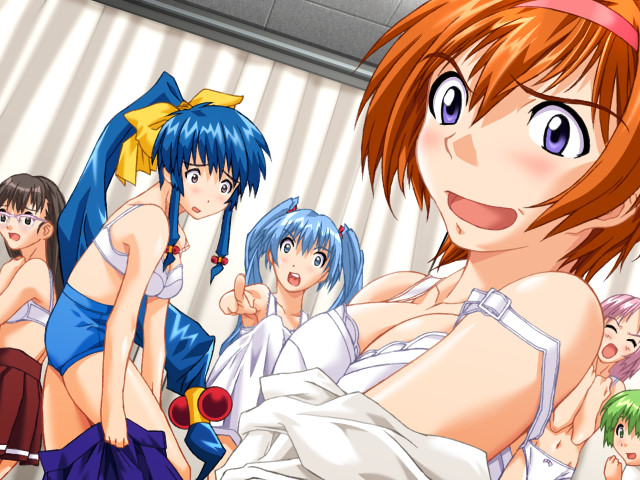 Rating comments: 6 is the best score I can give to a non-masterpiece game. Game is about the mystery, so characters aren't much developed, same as protagonist. Game quality gets a dent for some poor CG, no voicing and constant crashes at win10 at sound effects play (win98-ME does not have crashes, but it's impossible to hook text there).


Protagonist: Nothing much special. A normal high school student who got involved into a mysterious case.

Characters: There are three heroines - Asuka, Haruka and Sakuya, but the main heroine with the most intriguing plot like is Asuka. 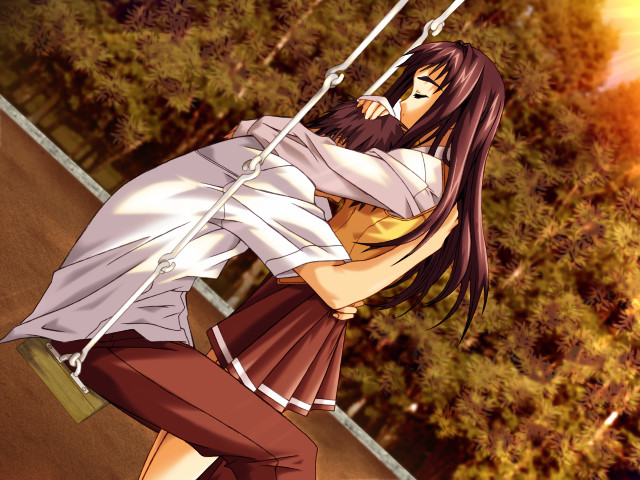 Story: Main character receives pocket watch from a girl one day, but when the same girl moves to his class the next day, she has no recollection of giving the watch. There are several incidents targeting girl's life and of course death in the end which triggers time jump with the need to prevent death. There are four cycles of the same events, and each time we get to uncover new part of the mystery and observe different suspects. The ending was very unexpected for me. Great composition and story, actually.

CG: Most are fine. Good thing that there are very few H events in the game, two per heroine or so. 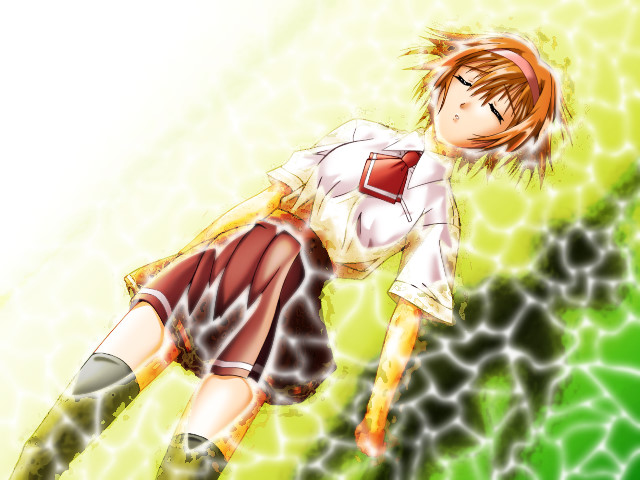 Sound: BGM turned out to be nice and inspirational, especially liked the danger motives.

Thoughts: The motive of the game is that innocent looking persons are usually the most vile. And it was nice to see how that idea played out in each of girl routes.

Overall comments: I liked the story here. It's complex enough and short enough to keep the thrill from beginning to the end, creating an overall positive impression. 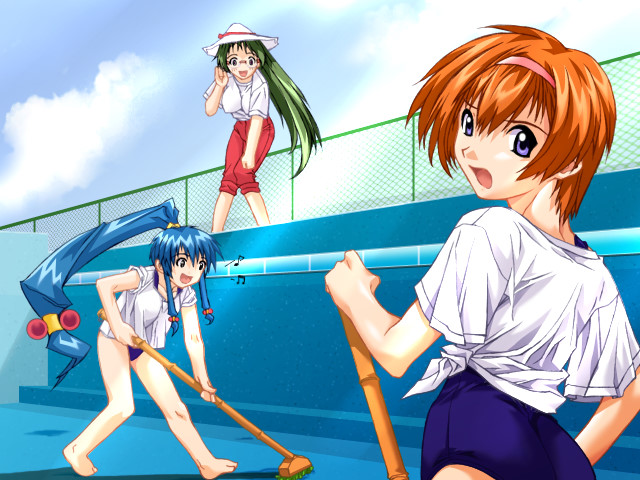