Foreword: This game has too many girls with guns for me to miss. Sorry in advance for for guns-only gallery! Honestly, Ragnapolice surprised me with quality police story and meaningful heroines. This is a full scale 8/10 masterpiece for me. 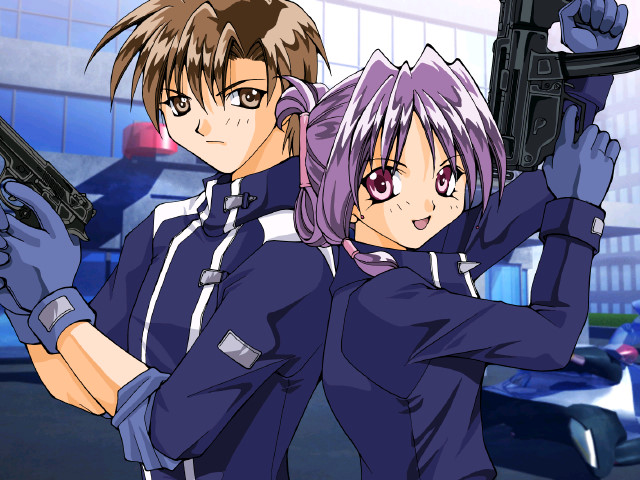 Synopsis: An investigator is dispatched from the Space Police Agency headquarters to the South Area Department. His name is Ryouma "Gold Wolf". He is attracted to a woman detective Margaret there. A shooting incident occurs, and Margaret is killed as a result. Ryouma stands on the trail of revenge and starts his private investigation of this case. 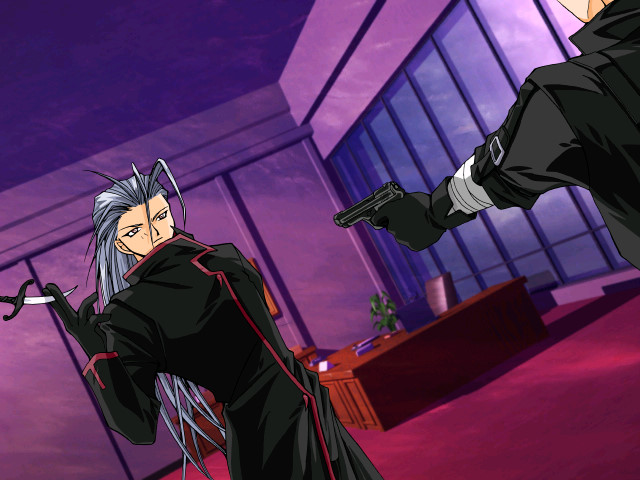 Rating comments: I can't hide my fascination with the game. I liked the short case stories, liked even protagonist, because he has face and is quite fiery. Graphics can look a bit odd, but with time looks very organic as well. My only complaints are about quality of some CG, partial voicing and absence of true route with distinctive truth about Margaret fate. 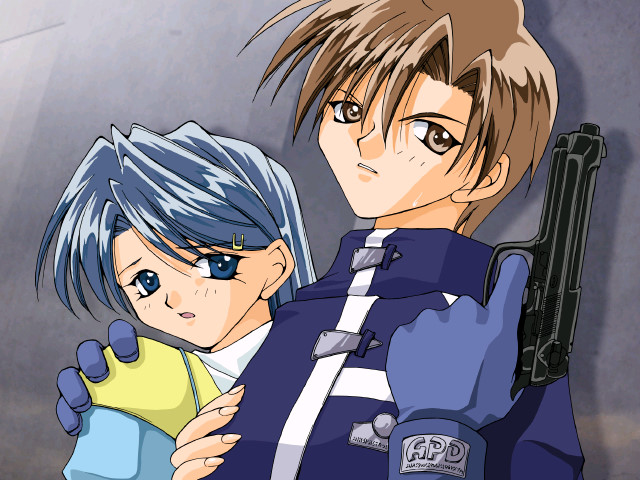 Protagonist: Ryouma "Gold Wolf" is cool. He constantly opposes his commanders to support his ideals and opinion, and usually manages to prove his point of view. He's a good partner, too.

Characters: There are as many as 9 routes and endings in the game - 8 for each heroine and one for partner Alex - no, no, no shounen Ai included, even though last CG might look a bit this way. Alex story is hard boiled one about penetrating criminal organization and surviving in it, but I did not include it in my video walkthrough, just a part of it with a bad ending. Among the 8 heroines there are some with not so thrilling stories, like the princess who runs away from the palace and hides at Ryouma room, but every story is curious and easy to watch. Usually heroine endings opens up upon finishing two cases related to that heroine. My favorite heroine is your side-partner Claire. She's cute, feisty and looks great in wedding dress with an assault rifle, hehe. 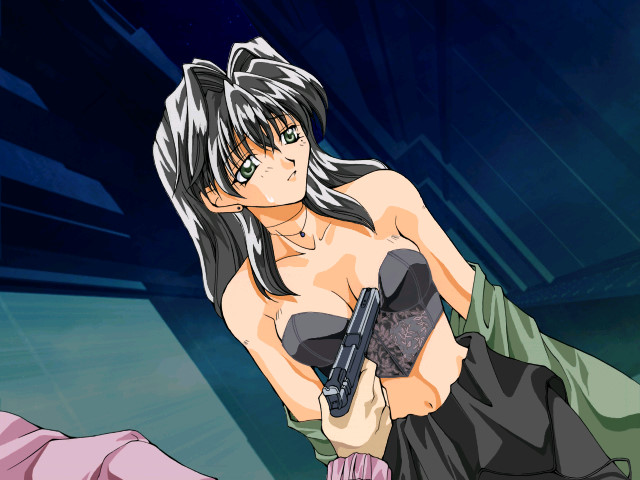 Story: So we sort of figure out identity of Margaret killer in Claire route, but there's no flashy ending to it, just unwinding current police case, and that's it. But Margaret story is referenced in every heroine route, so maybe Claire route is not the only one fill the puzzle. In the same Claire route we sort of oppose our elder brother who tried to fire Ryouma after incident with Margaret. The stories in the police cases are various : bombings, car thefts, guns smuggling, narcotics etc etc. The shooting mini-game is nice, but I it was buggy for me playing at a virtual machine. Anyway all the sluggishness of minigame disappears after couple of defeats.

CG: Each of 9 routes has 10 CG, so overall number seems to be 90, which is ok'ish. Some of CG have weird eye drawing and distorted faces, but overall everything's cool. HCG are only at the very end of each girl route, and that is the best option for me. 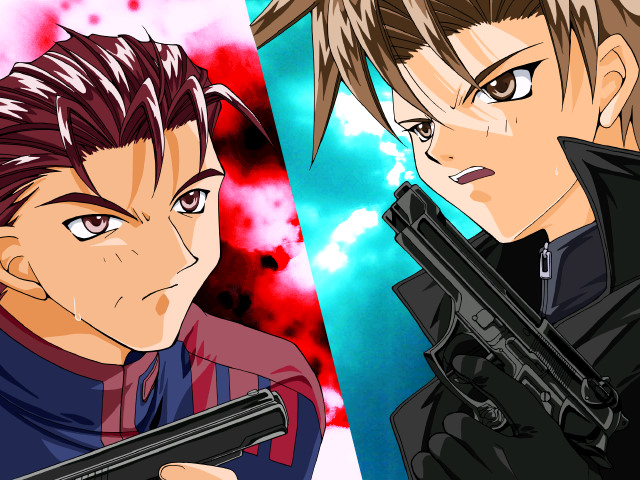 Sound: All the important scenes are voiced, only daily routing and dialogues are usually not voiced, and I'm ok with it. BGM is not too inventive and irritates if you spend too much time at one scene.

Overall comments: Ragnapolice does not look too much enticing, but somehow all the heroines here have distinct individuality. There's no need to reread the same main route, so there's no usual aversion for me to do sub-heroine routes. I missed integrity here, and one true route would suit great here, but back at 2000 true routes weren't that common yet. It's an easy and interesting read, and that's something that I encounter less and less rare in visual novels. 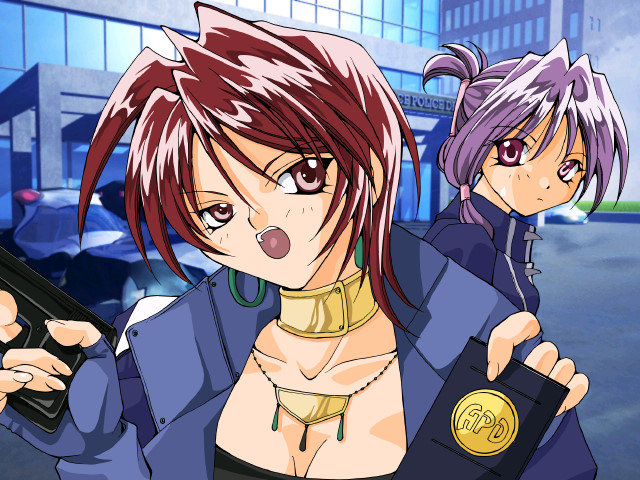