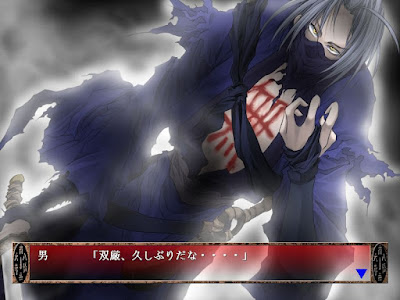 The main shock this month that the number of blocked games surpassed the number of passed games for the first time and instantly by 50%. The only masterpiece of the month is Nijuuei . I also made 1/4 playthrough of Parallel Harmony ... but it was absolutely senseless to go on.

you know the more you post, the more IM LIKE "HOLY MOLY" this hentai/anime was base on this visual novel back in 2000! man that such a long time and didnt know it was a visual novel at first hahaha also it been a while :) anything new in term of anime on the radar or no?

PS: I found another channel like your that does similar to you but it all in Japanese but I know the show from the thumbnail :)
https://www.youtube.com/watch?v=uAGYJbIRuRo

I'm literally just finishing watching last season anime, but from Winter I look forward to Dororo since I watched the black and white anime of it and played the visual novel from the 80s about it https://vndb.org/v9401 . The must haves are Date a Live 3 and Tate no Yuusha no Nariagari . But I try about 20-30 series per season, so end up watching 10 or so each time.

Haron youtube channel has been in my bookmarks for over a year now, I was among its first 10 subscribers. There's also Deep Blue channel that does roughly the same, but it's been dormant till lately https://www.youtube.com/channel/UCGo-h-tEzAb2xEvgSpZH3bA

1)Good luck with DAL 3, cause there were some production issue and some of the scene look very ugly. Shield Hero i read the manga so enjoy it, it good :). If it an anime base off a manga I already read, i skip it since i read the manga and know what happen....Except for JOJO

The other channel gets an update when there is actually the game I absolutely need to play, but that's very difficult to censor. I had to skip on Viper-GT1 ~Akira-kun to Issho~ since it was really a SIM-like experience. I'll skip typing Viper as well since it's based on older Viper games that I already know well. I'll definitely want to record Viper-M5, but it wont be till covering October 2001.