Foreword: April 2001 had zero visual novels to interest me. After long torments of what to choose, I stopped at Handle With Care. It's a serious musical band story, so I expected Kira☆Kira, just more serious. Should Kira☆Kira tremble at the sight of its rival that came 6 years before? 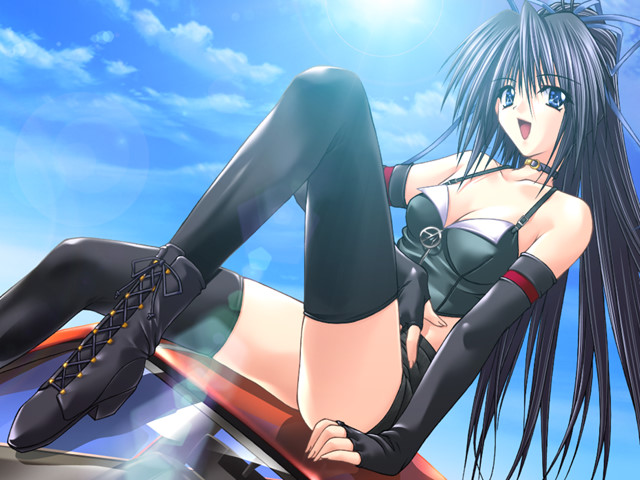 Synopsis: Our hero was the vocalist of the legendary rock band "Bloody Roses." Presently, his activities with the band are on hold. At one of the live houses he played at, he met an extremely talented vocalist named Sahara Shion. He takes it upon himself to help her in her career... As a player, it is your goal to eventually bring this beautiful talent on stage at the live house "Moon Rouge."
Structure: 10 days
Length: Took me 30 hours without skipping read text.
Game type: Serious rock band love story.
Difficulty: More confusing, than difficult. Too much text repeated, so figuring routes myself would be a pain.
Character Design rating: 6/10
Protagonist rating: 6/10
Story rating: 5/10
Game quality: 7/10
Overall rating: 6/10
Rating comments: It's the highest score I can give to a non-masterpiece. Game is very well done. But it is not enough to be interesting. Story is not the strongest part here. 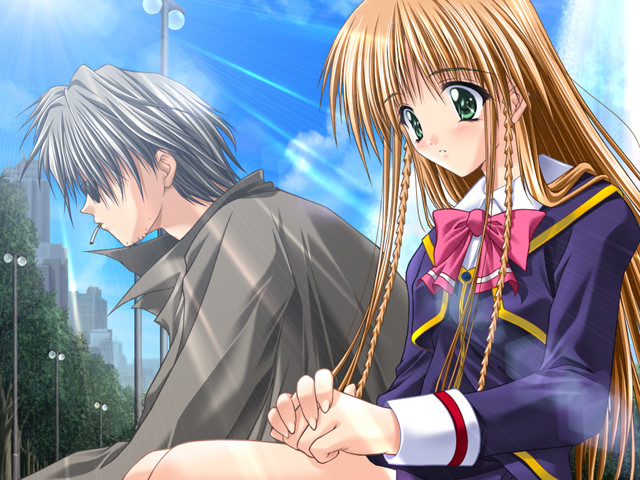 Protagonist: Our protagonist is Rei, former member of "Bloody Roses" band. He's pretty cool looking guitar player, always wearing round stylish glasses and long coats. But his most notorious feature is that he kind whispers rather than talking. If BGM is put to MIDI, then Rei almost can't be heard at all. It looks most funny when he talks with some heroine with a bright loud voice, and she actually understands everything that he says unlike us, listeners! If BGM is set on lowest DirectSound, Rei finally is able to be heard. What I like in Rei the most is that he's really mature, about 30 years old, and that he's absolutely indifferent to girls. There is one H even in (almost) each route that he participates in the end, but every time he's kinda dragged into it despite his intentions. 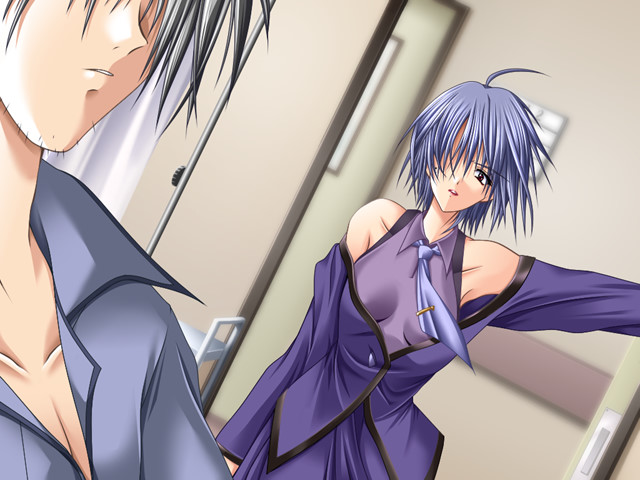 Characters: Let's count heroines with the routes: vocalist Shion, drums Ruo, pop-singer Sayura, musical producer Arisa, diner host Emi. But the fact is... the whole game Rei only communicates with Shion on daily basis and occasionally with others. Shion dominates here to such extent that other heroines sometimes only get as many as only 3 CG. All the other heroines aren't much noticeable, really. I was glad to see that the youngest heroine with route Emi did not get a H scene.


Story: Hmm... is there even a story here? Rei finds Shion at a car dump, and during common route they get two more members of the band and get acquainted with three more girls that would serve as heroines. The give couple gigs, then participate in a competition, and get assaulted by some delinquents. Each heroine adds just a tiny grain of drama to it. That's the whole non-existing story... 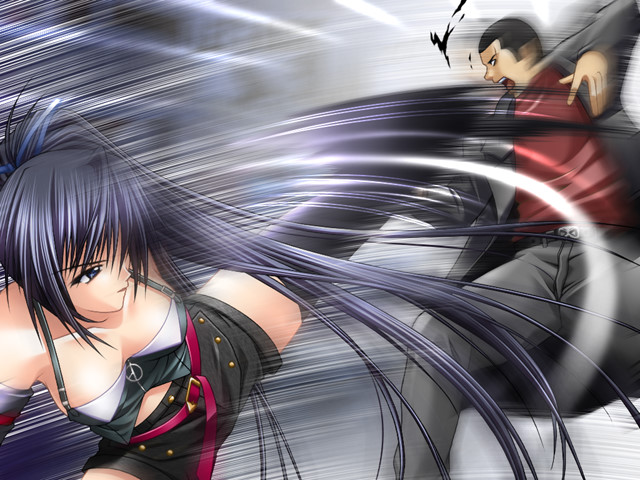 CG: Too few. And CG aren't articualte. Either people just stand or play musical instruments, that's the bulk of CG compositions.
Sound: BGM is ok, but that's bad for a musical game. Game has five songs, but they all suck. The opening theme is weak, and it's by far the best musical piece in the game. There is a pop-singer song, but it also manages to suck. What's wrong with this game, really?
Thoughts:  The biggest appeal point in the game is that it's... convenient. If I heard that recommendation, I'd thought it's some porn. In fact, game has just very light system, auto reading, and everyone including males is voiced. In 2000-2001 system was still a huge issue, and most games got negative feedback just because of poor or heavy system. This game got mostly positive feedback... but what does it really have besides the system? Shion is quite nice as a heroine... and that's it. But negative points accumulate: non-articulate story, poor sub-heroines routes, lots and lots or repeated reading to do just to read 20 minutes worth of unique text, then repeat. 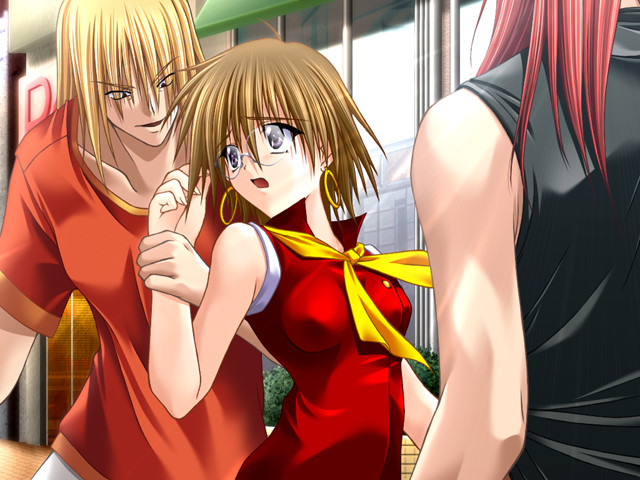 Overall comments: I have many questions to Kira☆Kira, but at the very least it was possible to provide unique touching routes for all the heroines. Handle With Care could not do even that much. It's not a bad game if you read just common route, Shion flagging and Shion True route once. But the problem is that Shion True route only opens up after seeing all the other routes, and that's balls - rereading the same common route just to see that 1% unique text for each heroine. Game is convenient, but the problems is that it's not needed to be convenient to become a great game. Most of my favorite visual novels are anti-convenient, they are just so awesome that all the negative sides can be neglected. In Handle With Care all I can focus on is the negative sides. 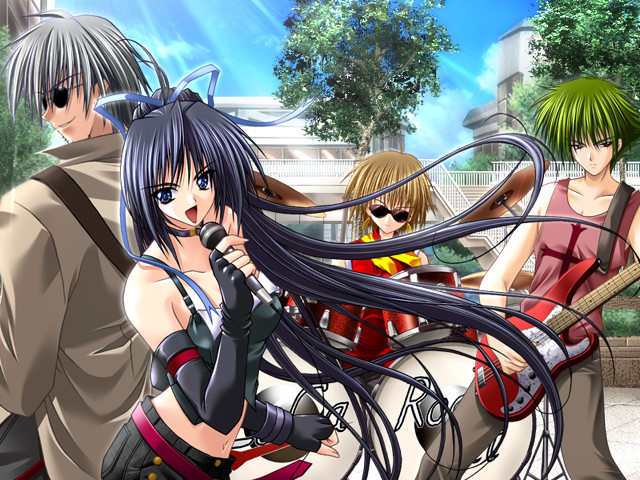