Foreword: This is going to a slightly unusual review, because I'm going to totally ignore main three heroines and focus solely on two side heroines because of Masada scenario writing and uniqueness of these two heroines compared to conventional ones.
Title: Dear My Friend
Developer: light
Date: 2004-07-09
VNDB link: https://vndb.org/v519
Youtube walkthrough: https://www.youtube.com/watch?v=KvEtF1Nh89A&list=PLs4Gp5VU4Fv-vEHq8MQwNWKJi9NyRbYch 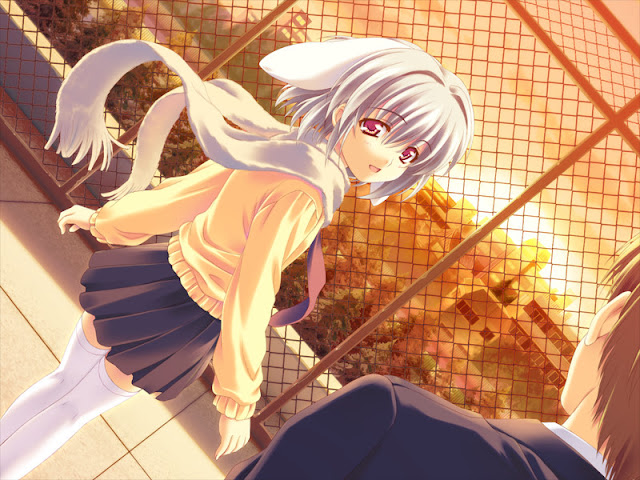 Synopsis: This light-hearted, high school eroge surrounds the exploits of a soon-to-be non-average student named Kyoichi Morikawa. The son of the odd paring of a nurse and a poorly-selling novelist, he’s been living his life in mind-numbing virtuosity. One auspicious day his father returns home after running errands with a girl (about Kyoichi’s age) claiming to be orphaned. Being the good Samaritan, our hero’s father adopts the hapless girl. Now Kyoichi must explain the extraordinary circumstances to his one and only friend. Furthermore, seeing the main character with a girl has caused several of the female student body to take notice of him... 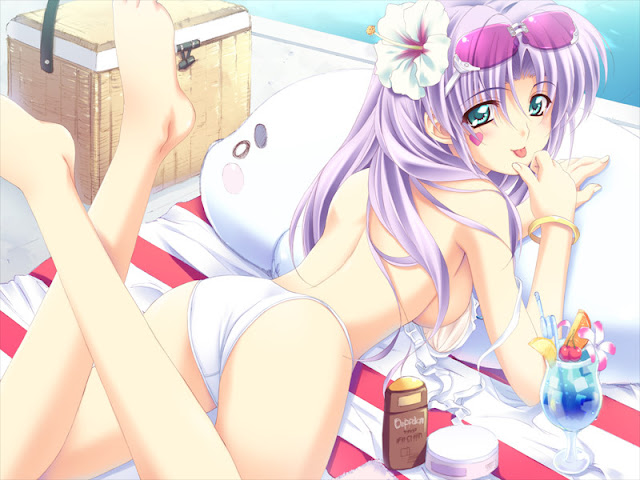 Rating comments: I was pleasantly surprised with the quality of the game. The two heroine routes I saw were unique and charming, protagonist contributed to gags a lot, and side characters really shined in here. A firm masterpiece, I say.

Protagonist: Kyouichi is not really our usual nobody. He has a face and a strong personality. He does not have piety towards girls and plays jokes on them a lot. He's almost as fun as Taichi from Cross†Channel, just less pervy. 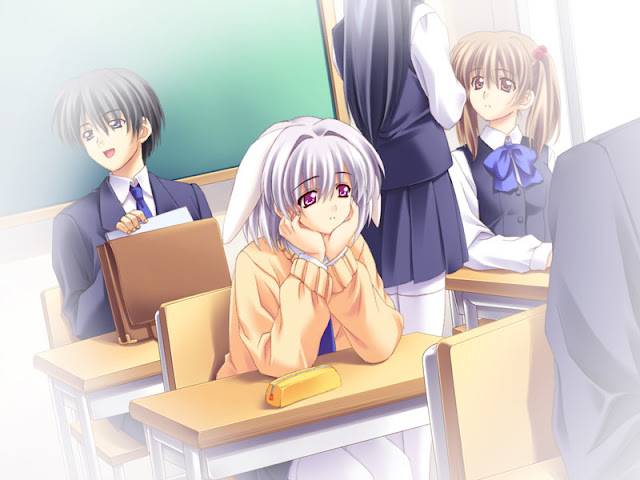 Characters: There are five heroines.
Kushiro Mai is our main heroine. And - according to To Heart tradition - the most boring one. She's blushing at every second line and is extremely shy overall. But even she has something fun about her - she leans to Kyouichi all the time despite the environment. That becomes the source of some nice joyful moments. She's the only naive heroine in the game.
Kurihara Tsukuyo is the second heroine that's available from the start. She's our traditional ojou-sama, polite and kind. It's good that she's serious and not naive, but all the other heroines look more interesting to me.
Kitazawa Miyako is the last of three heroines available from the start. She's a genki heroine, but really intelligent at the same time, kind of Ayaka from To Heart. She would be my natural first choice if not for the other two heroines...
Kurosaki Komugi is our crazy alien or so she's introduced in the game. The cute girl with bunny ears swears like a sailor and picks up on everyone. She makes every scene whirl around her. By To Heart analogy she's definitely Multi.
Nagamura Saeka is kind of joker of this game. She looks like a serious sempai, but she turns out to be of mischievous kind. Masada went a long way to invent all kinds of plot twists for her route. The one fact is that in her route Kyouichi dates.... drums-drums... Mai! And Saeka kind of tries to support them. Finishing with To Heart analogies, she's definitely Shiho. 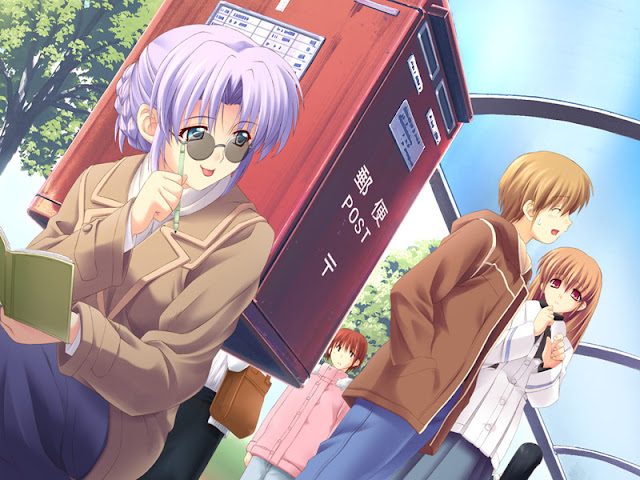 Story: Don't think there is integral story. Mai just starts living in Kyouichi family and attending the same class. Game starts with the choice between heroines, but if we start following Mai route there's later branching to Komugi and Saeka routes. I especially want to take  notice of Kyouichi parents - they're marvelous and really funny. Guess now it's time say a few words about my attitude towards heroines. Both Komugi and Saeka routes were really good for the comedy part and quite good for the drama. Not really should game would make it to the masterpiece status for me without these two brilliant routes written by Masada.

Overall comments: I'll be brief since it's not a plotge. I never really cared for charage and grew a disgust towards the titles with great evaluation like Mashiro Iro Symphony or White Album 2 (I hope to bitch about it some day too). I got assured that I can appreciate a charage only in conjunction with some great story like in SubaHibi or Cross†Channel. So Dear My Friend really took me by surprise. There's no great depth or drama in here, but it's an absolutely enjoyable cozy read. And it's not all Masada's praise as Kyouichi's parents written by main author are equally enjoyable. Guess Dear My Friend produced a little revolution in me, and I've yet to know how to live with this thought. 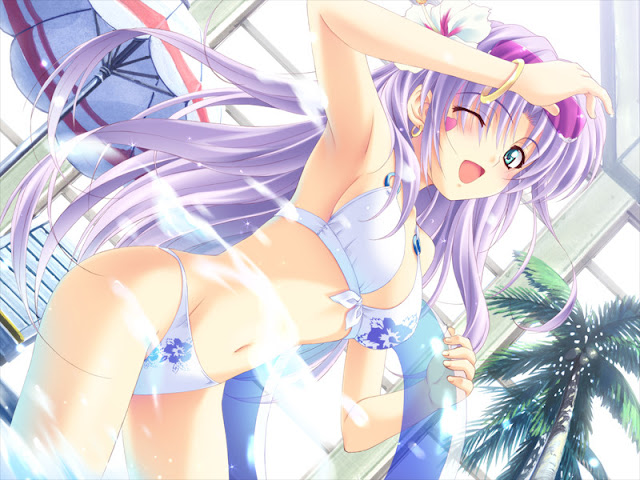