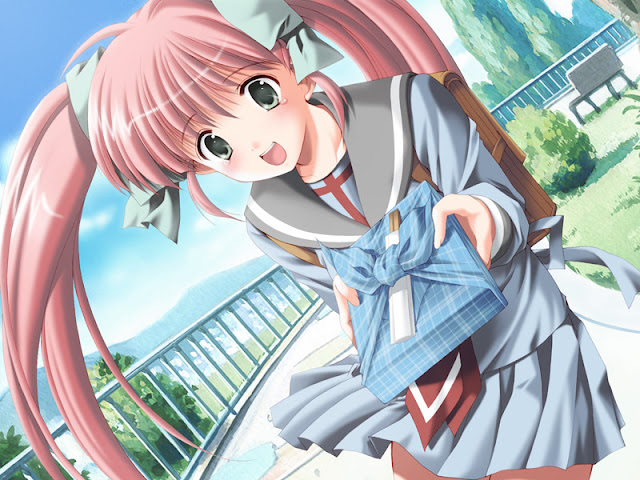 Synopsis: Main character starts to date his classmate Miho with the mediation of childhood friend Sayaka. Miho often looks at the sky and prays to it as if in ritual. After the first real date Miho disappears, and another girl Misa with the same surname takes her place. Misa claims that Miho died in a traffic accident while they were children. In this world only protagonist, Sayak and friend Yuki remember grown-up Miho. Is it possible to return to the original world with Miho alive? 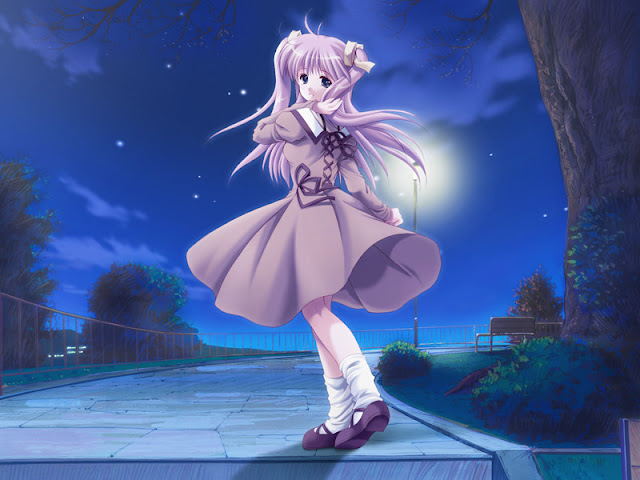 What surprised me in this game is how different it is from rival charage. It has a strong concept. It has interacting between themselves characters. It's NOT centered around love. Those aspects should be enough to feel the difference. After Miho route I was even going to give this game a masterpiece status. Alas, I got disappointed later on.

Miho is our usual naive and somewhat shy heroine. You probably know by now that I can't stand such heroines, but this time there's a lot of freshness in the heroine, because... she only appears in the first quarter of the game! She's rather a concept than a real heroine - something bright to get to. Her absence is the source of so many novelties  numerated.

Misa on the other hand is kind of genki underage heroine. She's cute and cheerful, so she does not irritate. At the same time game brings a revolutionary change for the heroine concept - Misa has NO H event. It's absolutely unthinkable for the modern game. How can everyone have H scenes and one heroine be spared of it? 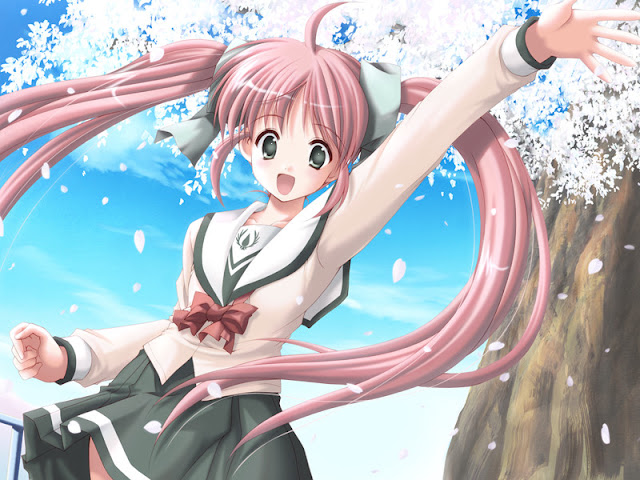 Sayaka is our bitchy childhood friend. Her image suits this role very poorly, but I admit she managed to produce a significant impression on me with her story and personality.

Ano Sora no Mukougawa is not about love - it's about guilt. No, really. Miho has guilt before her dead sister Misa. Protagonist has guilt before the girls that he needs to "erase". Sayaka is just a single complex of reflexing nerves. But main character's drama is at the center of the narration. He needs to choose - he either kills his lover Miho or he kills her sister Misa and also absolutely innocent bypasser girl Madoka. The torments of hesitation overwhelm the three friends including Sayaka and Yuki. But what was most disappointing for me - is how this conflict is settled. In Miho route one day Miho comes in a vision and asks to bring her back, and it kinda gets decided. In Misa route protagonist just assures himself that Miho wanted Misa to live. 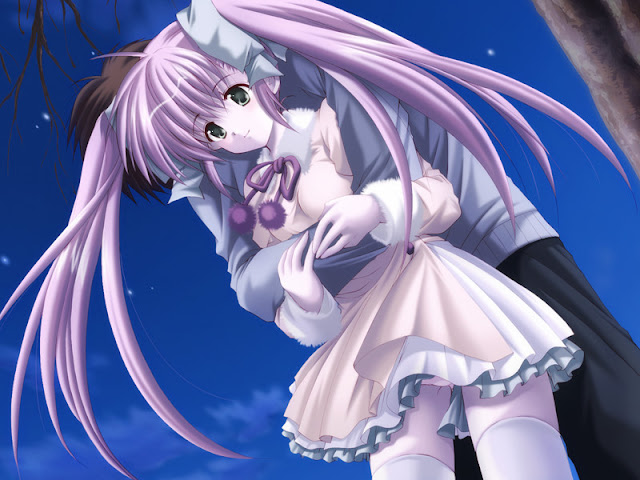 Misa route is an absolute twin of Miho route. What's only added is couple kiss and hug scenes. It's an absolutely worthless route that does not bring anything new to the scene at all. I wish I played Madoka route instead, but I had to cover both main heroines.

An interesting element to notice is Sayaka - Yuki relations. I really like it when main character's friend has his own love and development line. Basically Sayaka - Yuki pair is what kept me playing. There is another less interesting moment... it's that Yuki has his own Boys Love line... yuck.

Overall, Ano Sora no Mukougawa is notable mostly for the game concept. But I can't get rid of the idea that witch such scenario and such novelty features game could be presented in a much better way, with much more complex leads and conclusions. Pretty much any other popular company would make it better with the same material. What game has is honesty. But honesty does not sell well. 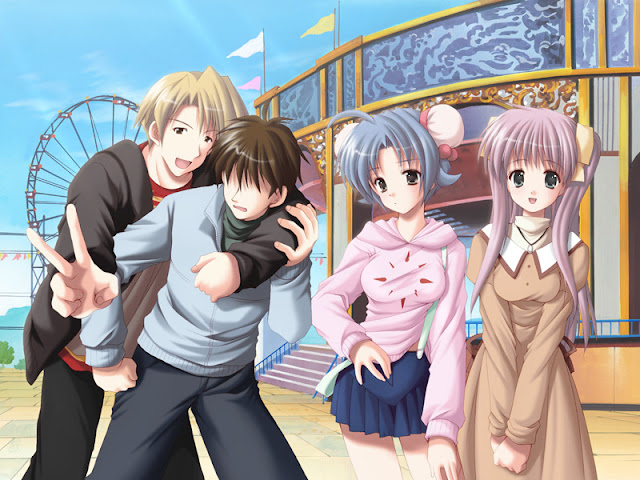