Foreword: Abandoner is the second winner of poll for the extra review in 2004. There are actually two reviews already (1 2), but it does not hurt to give it a fresh look. Clephas recommends not to read this visual novel unless we are really hard masochists, but every visual novel reader is at least a bit of masochist for reading such long stories while normal people can't endure even director's cut movie versions. As for me, such question does not even stand - it's enough to look at the number of visual novels I played without really enjoying them. So let's start.
VNDB: https://vndb.org/v1182
Youtube: https://www.youtube.com/watch?v=7eGicIWOOlw&list=PLs4Gp5VU4Fv_qT6p_Y5f1XbwJYUu2TCCe 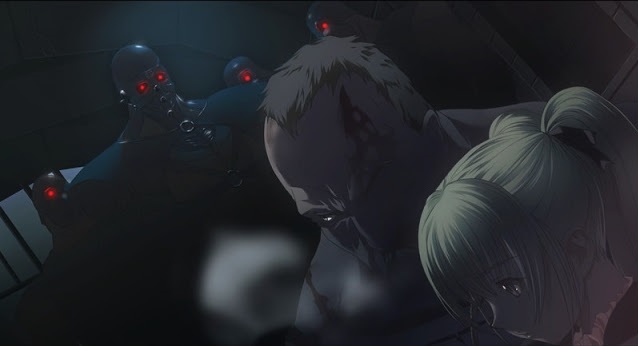 Synopsis: A cross between fantasy, science fantasy, and mystery.
The protagonist is a former detective who is living in virtual exile in a walled-off city occupied by foreign military forces. It is a lawless city, where just about anything can happen... 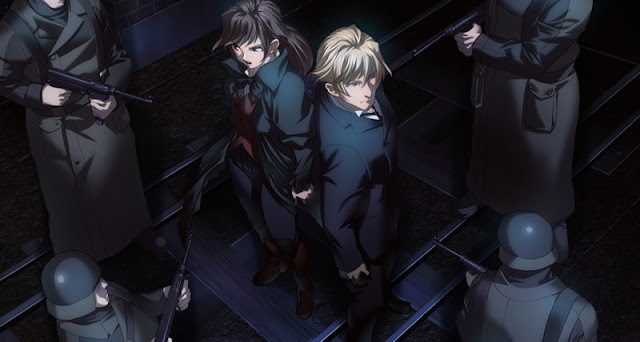 First of all, let's observe the plot since it's so vaguely drawn in both reviews. The stage is an imaginary city that resembles Italian city of the first third of the 20th century. It's under occupation of Tristian forces for the last 30 years. Main character Neil Fox is a former detective who now works independently and takes bounty hunter jobs. This time he is promised an outstandingly generous payment for rescuing some girl from a kidnapper and protecting her. But kidnapper turns out to be girl's guardian. The place gets ambushed by the military police. What makes this girl so important? That's what'd described in the first 30 minutes of the game. We successfully rescue that Helena girl and conceal her in the hideout. The girl is as if from another world since she has a poor grip on the reality. 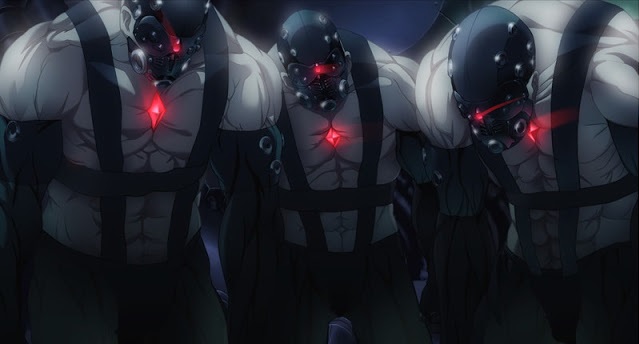 But then the problems start. Or, rather, nothing starts. Instead of returning girl to the request giver, Niel tries to find Helena's father and find out more about her past in the mysterious laboratory. In the meantime he just hangs around mafia bar and participates in some of their activities that COINCIDENTALLY bring him closer to Helena and Abandoner mystery. Even when Helena disappears at some time of the story, nothing really changes. He just continues to do jobs for the mafia. If even feels like he totally forgets about Helena in the second (longest) chapter. Game has neither an aim nor the conflict. Just for that reason I can't consider Abandoner a masterpiece. 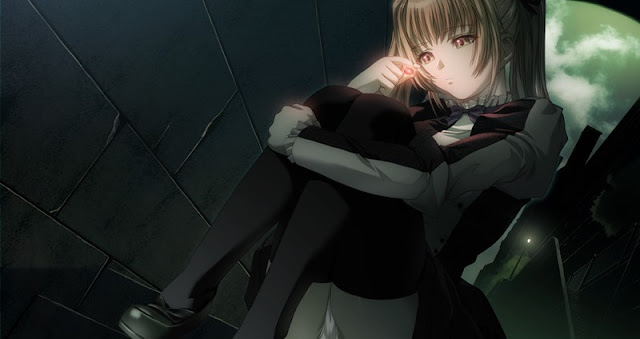 There is also a problem of main character Neil Fox. He takes a job to rescue the hostage and protect her, but he has absolutely no weapons. He carries some rusty gun just as a means of threat, but that's it. He is unable to win any fight. All he does is run away and hide. And thus he can't really influence the outcome of events which - only by some incredible luck - develop in his favor. That's realistic, but kind of boring for the main character. 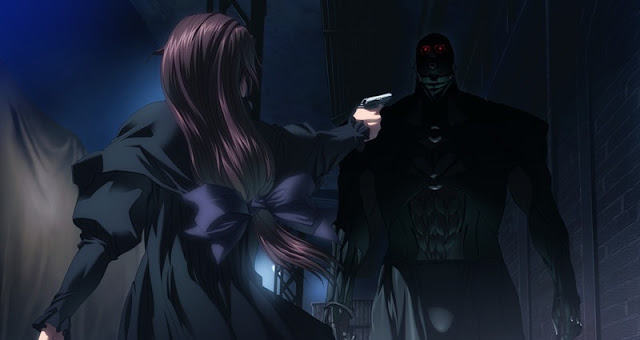 I rated heroines even lower than protagonist, because they aren't loveable. Helena is our out of this world girl who whispers trivial things all the time. There's little of interest in her. Next is mafia daughter Hilda Lutz. To tell the truth, I can't take girls seriously if their single boob is bigger than their head. She's very knowledgeable, but that's it. She hardly plays any important role in the story. The last heroine is military police sergeant Cecilia. Well, she's the most irritating character in this whole game. She's stubborn and pushy as she considers herself to be the only representative of power in this city. She's that character who does not listen to anyone and just tries to force her opinion everywhere. So I see it why Clephas blames this game of characters not listening to each other, but I don't see any other characters with this trait. Cecilia position and personality is to blame, but not everyone else. The mafia guys are all simpletons and can't be judged harshly. The first time we meet them, one 50-year looking guys cries because he's afraid of BOOKSHELVES. Yeah, stupid, but just treat them as comical characters. The poor Tony eventually just goes into reckless rage crying out "I'm Antonio Beltamo!" over and over. Well, I just did not pay much attention to mafia guys who are evidently just cannon fodder. 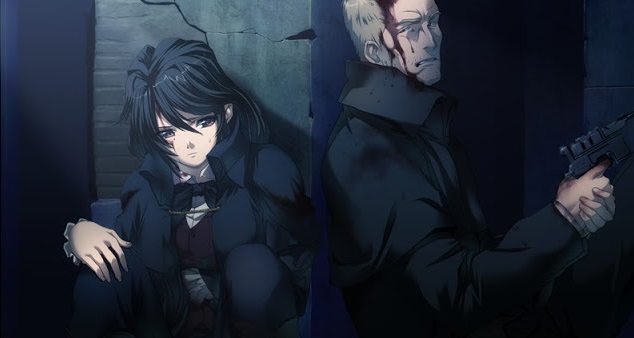 I kind of lowered BGM level too much in the video so that music can hardly be heard, but BGM is actually rarely plays in this game. It's the sound of constant rain that plays most of the time instead. Music is nice, but its sudden cut offs irritate. 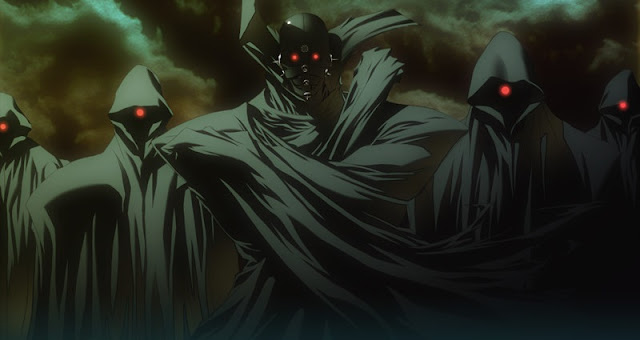 What I especially want to point out is that there are NO fantasy elements in the game. All the alterations presented can be addressed to the results of human experiments. Just science is very advanced for the corresponding time period taken. There's no fantasy scenes, no magic, no resurrections - nothing. It's an atmospheric hard boiled realistic story that should not be really compromised with fantasy elements. 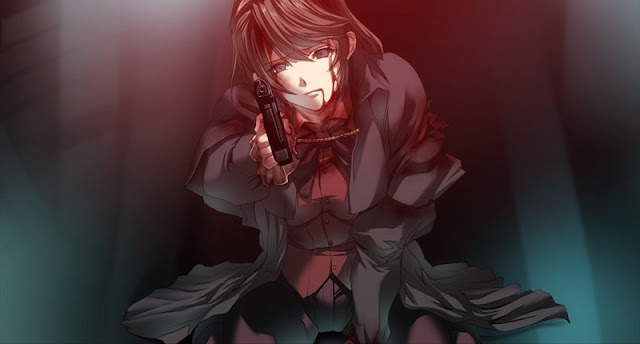 In conclusion, this is a good story for the story's sake. But in order to like it you need to put up with senile mafia characters, not exactly lovable heroines and passive sneaky MC. This game is not about characters, thus each heroine has just one H event that happens kind of spontaneously at any point of the story when it's convenient - not necessarily in the end. Girls don't really have after-stories and actual roues, because it's not a charage. It's a single road story. If you're interested in the Abandoner mystery and can tolerate the cast, then you can enjoy the story even without being a really hard masochist. 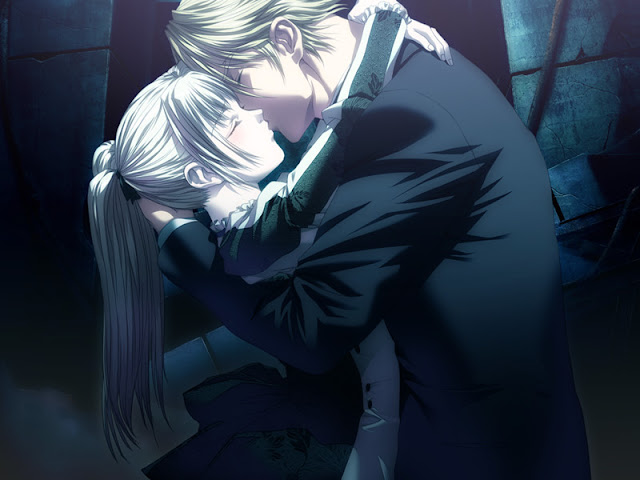 So, this VN is not recommended then? It sounds like it sucks though.

I can't really recommend Abandoner unless you really want to see the sequel of No Reality by Unknown in a slightly different setting. The whole Abandoner mystery is nothing really profound - just some human experiments superhumans challenging their creators. The absolute majority of Abandoners are mindless brutes with only several ones being actually intelligent.