Foreword: LiLiM is an old and curious brand that produces high quality works of different genres. This work is chunige, so I can't pass by it. 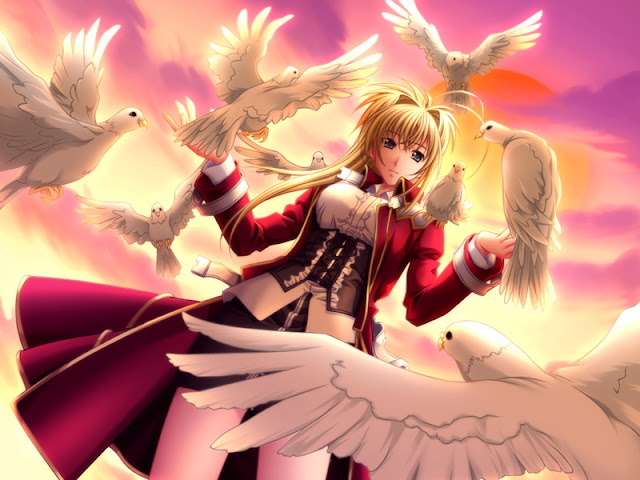 Synopsis:
"The bizarre murder which continues happening in a town.
The town close to you. It is another world.
And I meet you."
Waking up in a tranquil town, there is a bizarre murder case.
The atrocity of the reoccurring homicides is revealed as it comes to this town.
But in this town lives a student who goes out to meet the monster.
He swings an invisible claw, and strikes the monster.
In an instant, he swings again and pierces the monsters arm and finishes him.
As a gust of wind blows, the girls appear.
Youtube: https://www.youtube.com/playlist?list=PLs4Gp5VU4Fv99gFiC7n4livqX3x2j4GR6 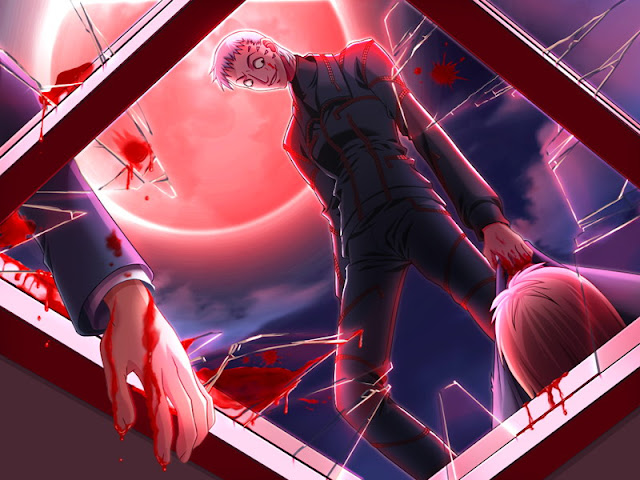 Let's start with the world view since story direction is not clear from the synopsis. Main character witnesses a mass killer incident consequences in his class and transferres to another school. But eventually he gets attacked by another mass murderer boy who belongs to Aion creatures. It appears that Aion killed people for generations - and currently Aion are countered by two organizations Rachelwood (Yukari) from the West and Samurai from the East (Ayami). Rachelwood eventually defeated Aion, but its pieces possessed six humans. Anything more than that would already be in the spoiler range. 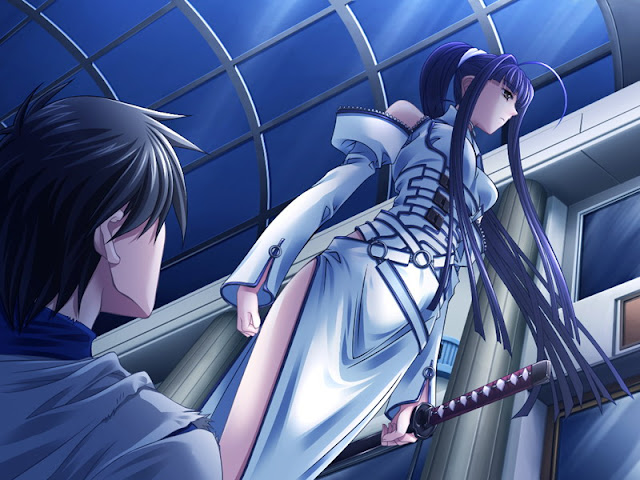 Traditionally, let's focus on downsides. First of all, game is short and could fully fit into one 12-hour video. I still split it to show the turning point between the routes (to treat or not to treat crepes to the girl, lol) and separate two big routes. It would be too much of a mess with all the four endings smashed together. And a lot of shortcomings come from this short length. Like there is no time for romance, so after telling the story it's it's H closely following confession. There is also lack of explanation like protagonist being ordinary student and desiring to protect peace of all people with his wooden kendo sword. I personally found text good, but it may appear monotonous at times. Graphics can be rough at times with CG looking different from standing character sprites (poor Madoka). 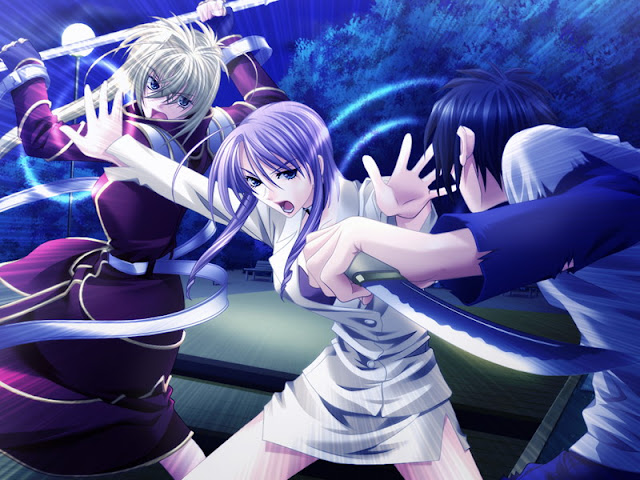 Finally, good points! I found battle scenes well done, with enough sound and visual support, tempo. The story is not complex, but is clear for understanding and nice. There are two big routes where we get assisted by one of the organizations representative - Yukari or Ayami. But each of those routes has a side-heroine with her own ending - Madoka or Yume. There was also antagonist Yoriko end, but it was a bad ending with sudden death after H event, so did not insert it. There are also quite a few mysteries to uncover. Like origin of main character and his parents that he never knew. Also things like  Rachelwood sudden personality change from extremely cold to cheerful wordy one. 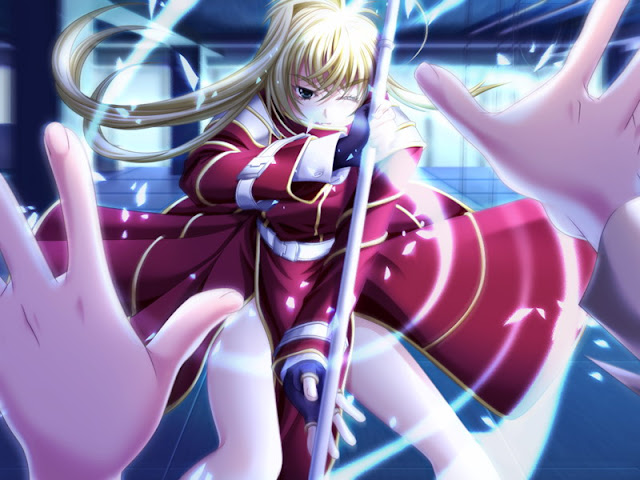 And we arrive to the question why this game is rather poorly evaluated. And I did not find an answer to this question. Japanese reviews name the same shortcomings which I see as nitpicking. Some mention that they had supreme expectations after strong promotion campaign done by LiLiM. But I had no expectations at all, so was rather surprised with the good quality of the game. As usual, I blame prejudices over chunige and excessive quality demands towards this genre. I enjoyed the game and definitely recommend it as a rather traditional Fate Stay Night variation chunige. 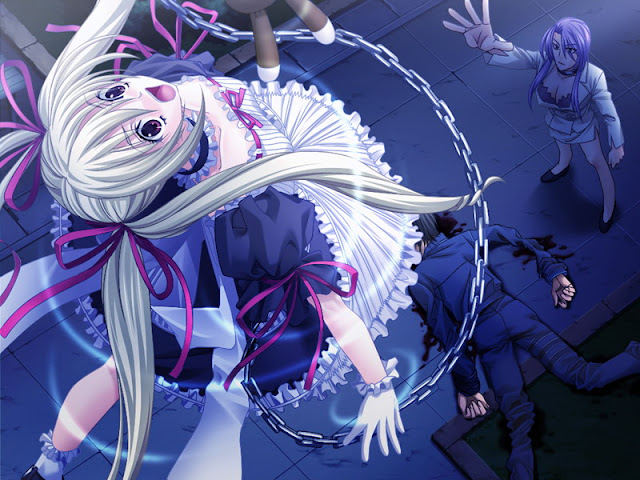