Foreword: I'm not a big fan of raiL-soft, absolutely hate Albatross Koukairoku. But their first game Kagerou Touryuuki is probably the best game ever done by them. 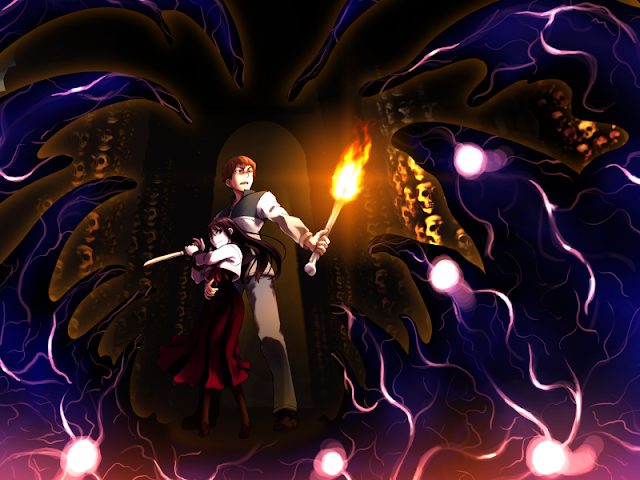 Synopsis:
The main character regains his consciousness and finds himself being on a small boat. A girl on the boat tells him, "You're going to the place you wished." Where he arrives is an old hotel. While he stays there, he meets various girls. And as time passes, he needs to decide if he stays or leaves there.... Just when he makes up his mind, the girl appears and says to him, "You ran away and came here. Well, what's your decision? Stay here or go back?" Which will he choose...?
Youtube: https://www.youtube.com/playlist?list=PLs4Gp5VU4Fv98cUGnpMBgqPtjTTH6P_Uk

Yet another game that's difficult to evaluate. I always wanted visual novels to be interactive literature books, and this is the closest attempt to that concept up to this point, real literature and not ranobe-like writing. It determines some irregularities in the scores. Like story being mediocre and below overall score and protagonist score being highest of all, above general score. I owe a lot of explanations here. 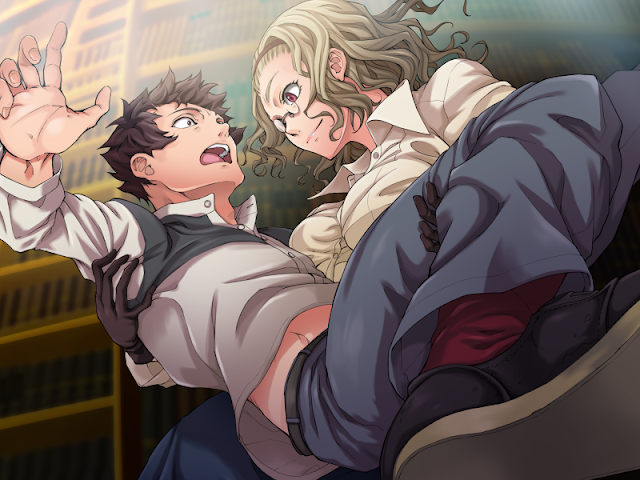 Concept of the game is rather simple, actually, and plot is not super important, so some light spoilers are necessary for understanding it. Woman in demon mask takes main character to the city of Hatago, non-existing town with absolutely grotesque architecture (like a huge Colosseum with actual dwellings in each window). There are also multiple other unrealistic features of this world, so it should not really come as a surprise when we get confirmation that it's not a real world. But everything in this world is described very realistically. The effect can be described as drunken state. There is basically one branch for three routes - Librarian, Priest and Young woman, then True Ferryman route opens up. Through these routes main character tackles different own emotions before facing reality. Librarian route differentiates from the rest as it contains several short stories in it with own symbolism. Through a series of mysterious fairy tales we deal with protagonist's problems in this game, and main theme is "I can't escape myself". 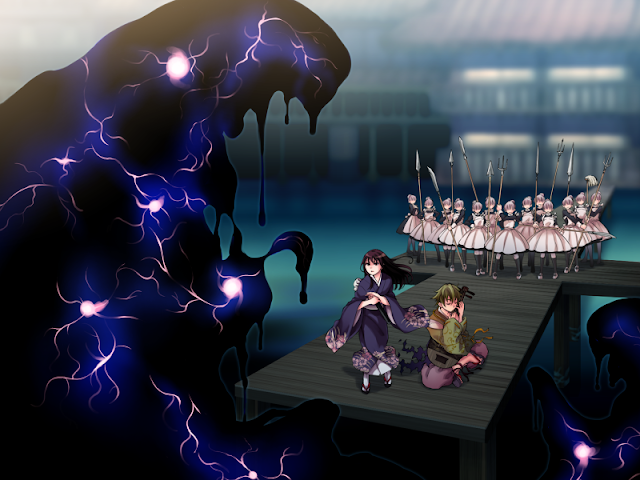 So why 8/10. Game resembles Kusarihime and Forest the most by the atmosphere, but it lacks their catharsis. The plot itself is mediocre. Ending is sudden. Flow is slow and often boring. There are system problems as vertical text is placed on the image and thus requires darkening the image. Horizontal text is pretty much impossible to read as letters become twice as small. Text speed is adjustable by constant values and not by text size, so at slowest speed those walls of text still flew too fast on the video. Graphics... exist, that's the least offensive description that I can afford. I consider Priest heroine ugly by character design, and it strips much of charm from her route. 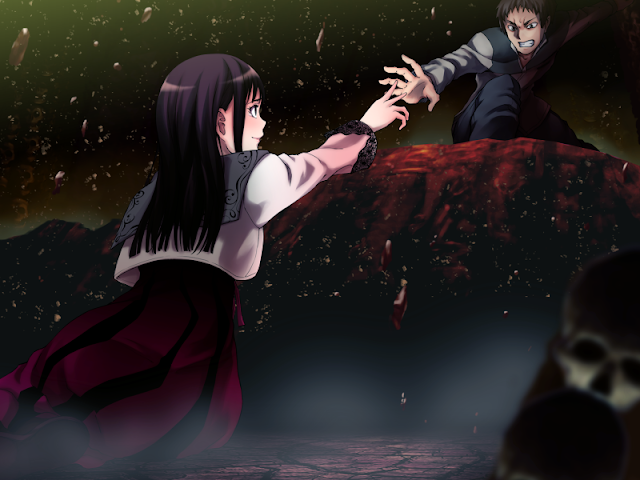 With such an impressive list of downsides is there something to like here? Lots of things. But primarily it's text that's possible to fall in love with. It's the first game where Mareni is solely responsible for scenario, and his writing style became admired since then. The whole concept of inner world exploration culminating in true route is brilliant even though lacking in excitement. Atmosphere or decadent Japan mixed with fairy tale motives really impresses. It's a genius game, but it does not suit everyone since there is no excitement, distinctive plot and almost no features that we usually see in visual novels. It's also a nice siscon game, but you'll have to figure out yourself, why. 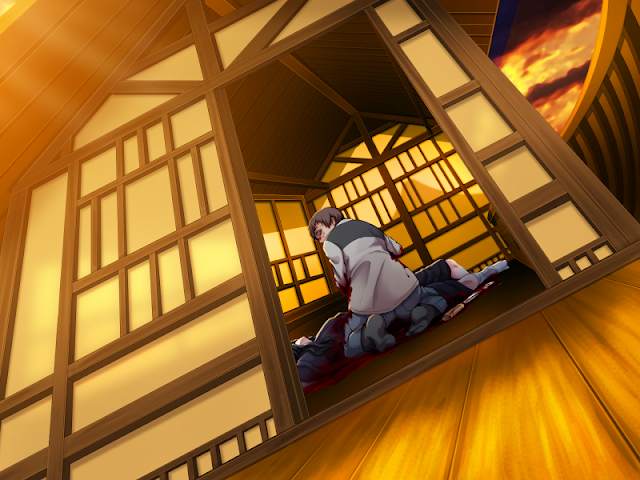