Foreword: I was impressed with art and dark atmosphere of the game, but chose it because wanted to know the plot. 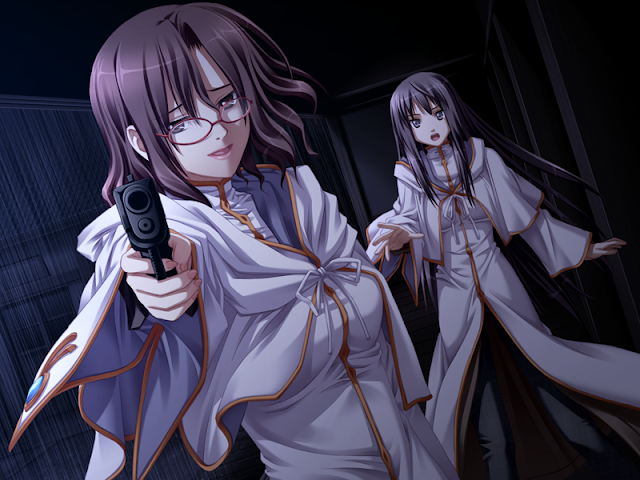 Synopsis:
There is a small island called Kugaitou. Several decades ago, a man moved there and secretly formed a religious group. He was soon revered by people on the island and the group got bigger. Souichirou, the main character, was born and grew up there.... Time passes.... Souichirou is about to move to Tokyo. Just a few days before he leaves, he and his friends plan to explore an old house without knowing what will happen to them....
Youtube: https://www.youtube.com/playlist?list=PLs4Gp5VU4Fv8s0uoouOjgOkHpYK_vbA7V 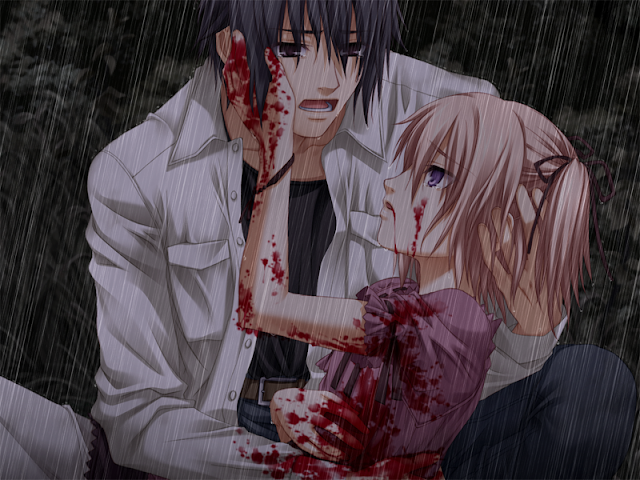 It's natural to expect horror from this game, but it's not horror at all. The light half of this game is devoted to fun life with twin sisters as neighbors (hello, Aster). The dark side of the game is about one sister dying and reappearing as a ghost (hello, Moshiraba), but also about the atmosphere of craziness that fills the air and that can pierce anyone's mind. And actually everyday depictions are more interesting than the suspense parts. First half of the game is really great and fun because of that. 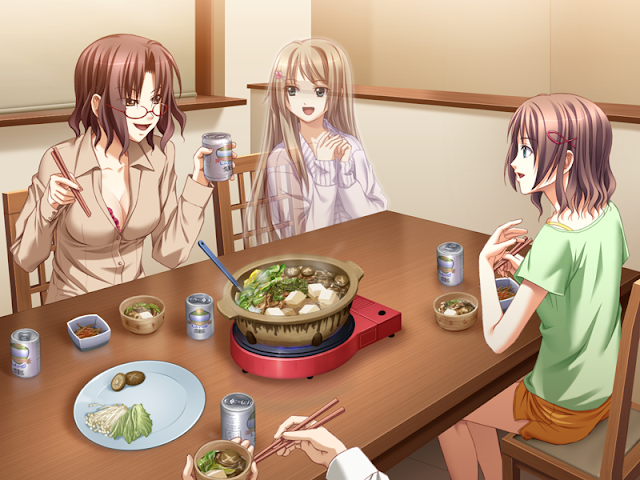 But naturally we're here for the darker side. Crazy murders start to get committed by religious group (70% of island population) that aims to save humanity. But - sadly - game lacks scale. All those murders happen around protagonist, but not unilaterally across the island, so it becomes just a suspense mystery story rather than survival or something like Kansen. Moreover, many characters obtain crazy personality at night as if possessed by evil spirits. All this tilt into ghosts actually hurts  atmosphere of the real world. There are as many as 7 endings, and some can be rather brutal like bad endings, but that's it for the darker side. There is not even enough gore CG. 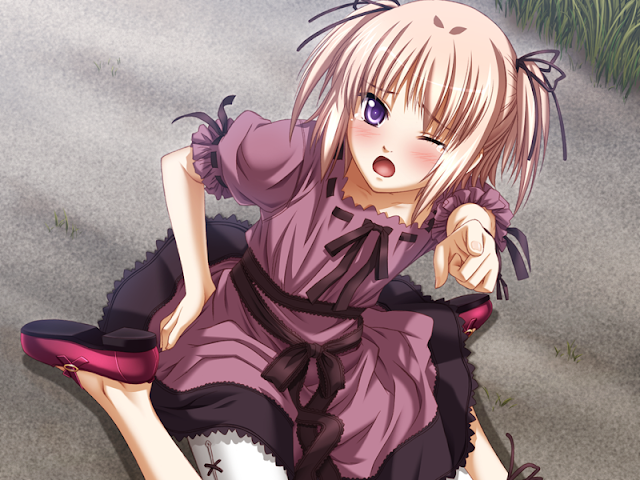 As for characters, twin sisters are actually cute and lovely portrayed. But due to short length there is no time to develop characters or romantic relations. As a result H scenes in this game mostly present consensual sex rather than romantic encounters. Protagonist also remains static as a personality. Art and BGM are excellent, though. 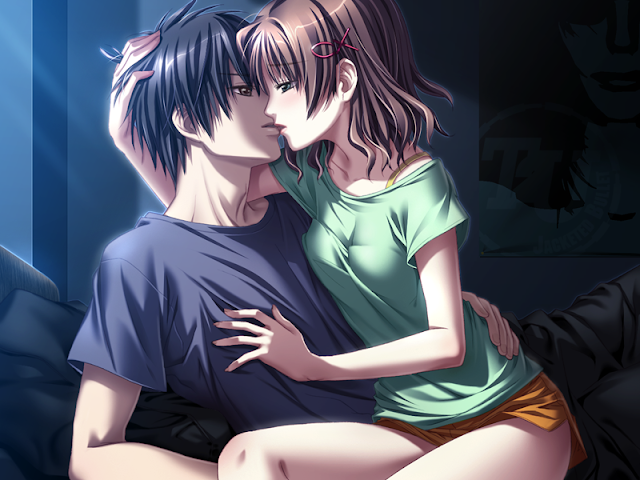 So, game is very ambiguous. I strongly dislike suspense and occult themes in games, but even I enjoyed Bifronte substantially. And the reason you may see rather low scores for this game is because it absolutely does not try to appeal the public and breaks all conventional rules. Among seven endings there is no perfect true happy ending. Endings are scattered among all four chapters. There aren't distinctive heroine routes or traditional romance. It introduces a ghost into a perfectly normal story based on real world. It pursues mystery of murders around one character rather than rise the stakes and enlarge the scale. The four endings piled up in the fourth chapter divide reader's attention and leave him rather confused over what he just read. I'd rate Bifronte even higher if I liked such genre. 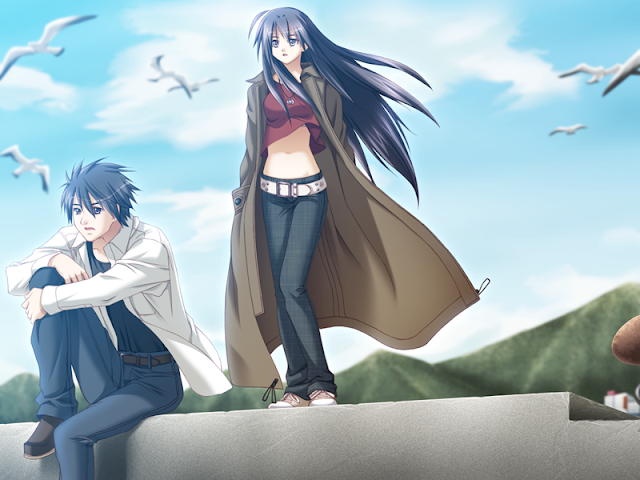 hello there, what vn for beginner do you recommend me in this blog?