Foreword: Took this game for review because could not understand the gist of the game from synopsis or reviews. 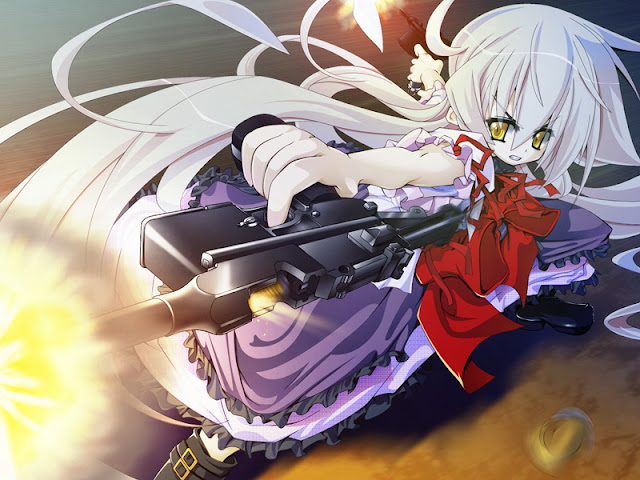 Synopsis:
The magical world, Ninkyonasa.
That existence of this peaceful world relied upon the kind heart of the people in the real world. But in the present time where people only thinks of themselves and losing their thoughtfulness: Otokogi, this magical world was in danger of vanishing… In order to save that world, a magical girl was sent to the real world.
She gathered the little Otokogi that was left in society and saved Ninkyonasa from destruction.
A couple of decades has passed since then.
Ninkyosa was in the verge of destruction again.
Not only was Otokogi scarce, the Demon World Mafia was after their world.
The Demon World Mafias were raising the price of land in different worlds one after another and make them their own. Hearing that Ninkyonasa was in danger, they have come down like hyenas. However, the magical girl in the past has already passed away, and her only child in the real world was a boy. At the time of the biggest crisis of Ninkyonasa, an appearance of a girl full of Otokogi was strongly wished for.
…Meanwhile in the real world.
Without knowing about a crisis in such alternate magical world, Buntarou Sugawara was living his laid back life. Although he had no parents, he was living a super positive life with his natural passion for girls. But one day his apartment burned down as a result of a fire. The daughter of his landlord, Hana Kiryuuin asks him nicely if he wants to stay at their house. He couldn’t refuse an offer from a cute girl, and he follows her to her house, just to find himself inside a home of Yakuzas!
Although he was surprised at first, he finds out that this Kiryuu clan was fatherless, and he quickly decides to stay. However, the former head just passed away and the Kiryuu clan was in the middle of a war against another clan. In order to protect his dream life with a cute girl, Buntarou stood up even though he was weak.
…Even then, Buntarou lacked experience in a fight and gets beat up by mugs. As Hana ran up to him for help, Buntarou’s momento strap from his mother started glowing and Hana turned into a magical girl!!
Youtube: https://www.youtube.com/playlist?list=PLs4Gp5VU4Fv-FLPl2vDaaLHIjGVgSYuVU 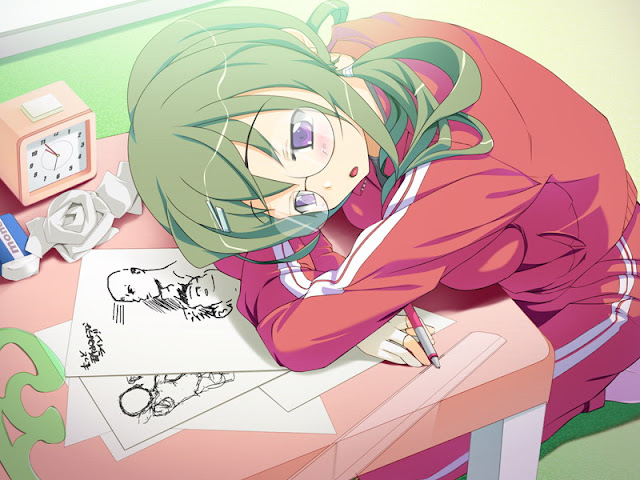 A difficult game to review, because each of four routes is very different even genre-wise, so it feels like four different games. Which is surprising since there is only one writer. Common route develops as a comedy, even as a bakage, but there is enough seriousness in the second half of individual routes. So let's overview these routes. 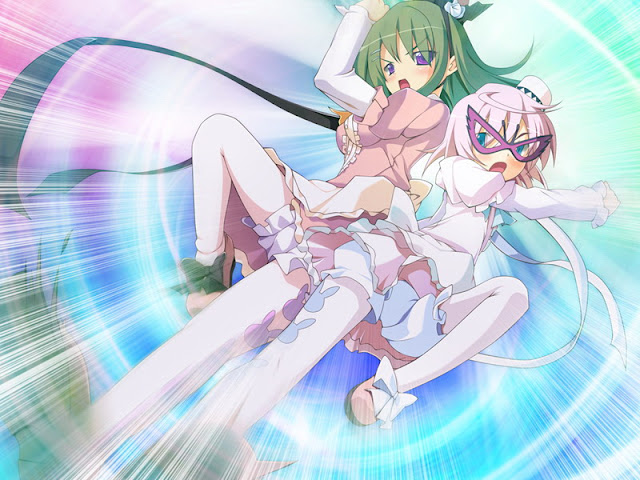 Tsubasa route usually stands first in the walkthroughs, but it's the weakest routes of all. Our classmate turns into a loli magical girl, and development is boring taking place in the flat for the most part. This route also exists in isolation from other heroines, and there is no yakuza or serious conflict. Also it's the route just for the lulz, so ends as a real bakage. Sunao route is same short as Tsuabasa, but Sunao is the only heroine who can not transform into a magical girl. So this route focuses mostly on peculiar personality of Sunao and the importance of family. Quite an amusing route, but Sunao feels like a sub-heroine overall. Fiore route is about duality and conflict as she can be treated both as friend and enemy. A most touching and delicate story. Finally, Hana route feels like the True route as it has a complete ending and revelations about the concept of the game as a story about the second generation of magical girls. Hana also has a tremendously amusing personality, so it's a pleasure to read. 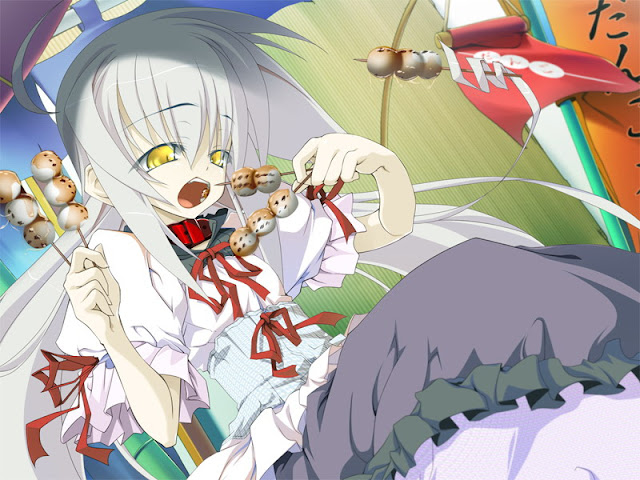 Time to talk about disadvantages. Character designs are inconsistent, and some characters are pain to look at. Story is basically nothing extraordinary that actually can go without the magical girl part. There's no real excitement. Some parts are not explained like why MC faints or why he is so strong. Protagonist also is not too bright with main feature about him being quarelling with the girls and also being kind to girls as his mother taught him. There's also deficit of CG. 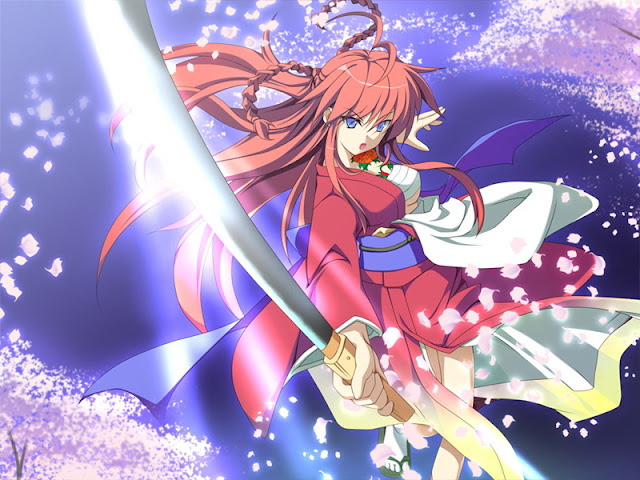 But there are also many good sides. Game breaks aside from usual magical girl cliche and absolutely does not focus on moe. Text is easy to read, and tempo is good. Humor is great. There is enough passion and variety. What's most important for me is that atmosphere is light, and reading is really enjoyable. 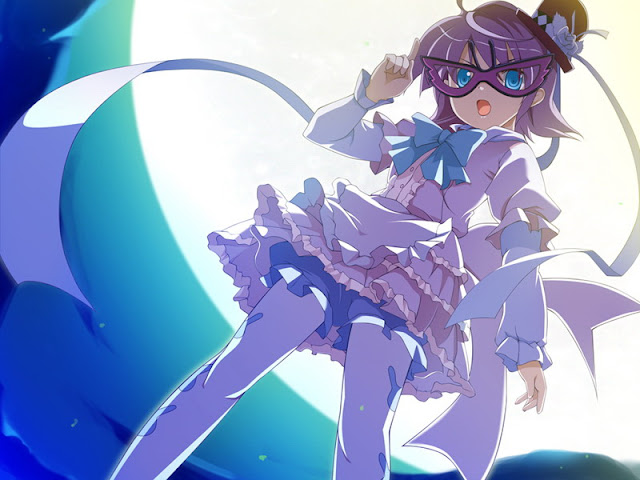 As a result, it's a very enjoyable light comedy with enough depth. I still think that Tsubasa route must be skipped as it does not contribute to the concept, ends up boring and finishes in a disappointing way making it droppable. But I don't remember the last time I read such a light-hearted yet absolutely clever game. And I treasure each such occasion. It might be not the most complex or exciting game, but I can easlily recommend it to everyone. 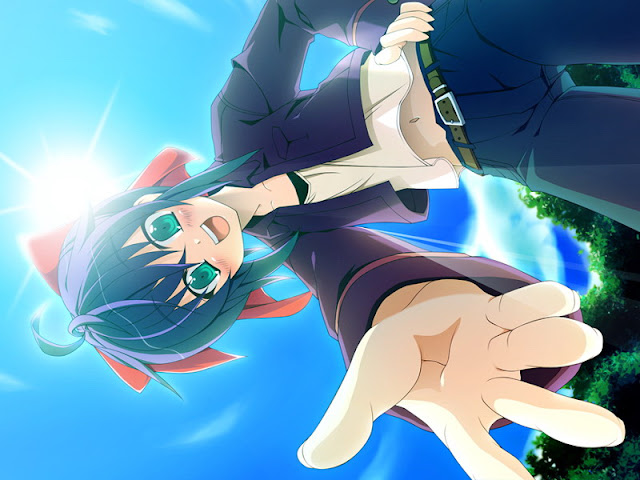