Foreword: I spotted No Reality many-many years ago, but I lacked technical skills to play it properly - I had just one monitor back then, and game crashed at even sophisticated attempts to launch it in window mode or minimize in order to hook properly. Now with the help of agth and two monitors it's been a piece of cake. The most mysterious cyberpunk'ish game finally opened its doors for me.
Title: No Reality
Developer: Unknown
Date: 2001-06-29
VNDB link: https://vndb.org/v6383
Youtube walkthrough: https://www.youtube.com/watch?v=bxqxQhirxgc 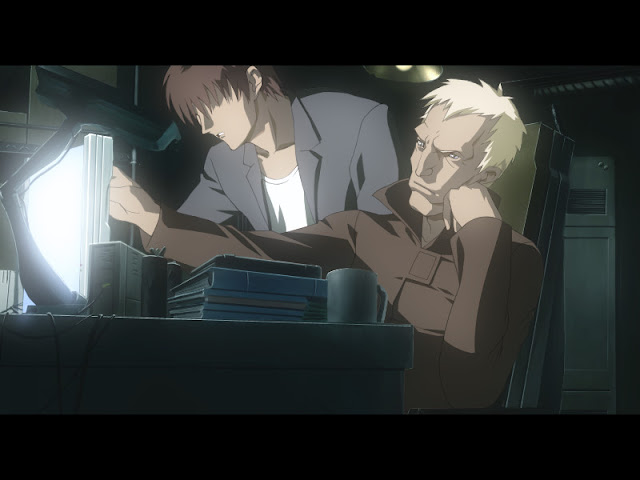 Synopsis: With the violent crime outburst government established "fixer" profession that compensates for security activities. Fixers receive individual cases for investigations, but they aren't given special rights which causes constant conflicts with the police over legality of means used.
Main character Neil Foxx is a fixer who used to be a detective. He has an innate special ability "ecstasy borders" to see with the eyes of the criminal upon touching a corpse. Several prostitutes are killed in a chain, and Neil is given a request to investigate it. It's yet to know that the case is going to develop in a series of terrible murders. 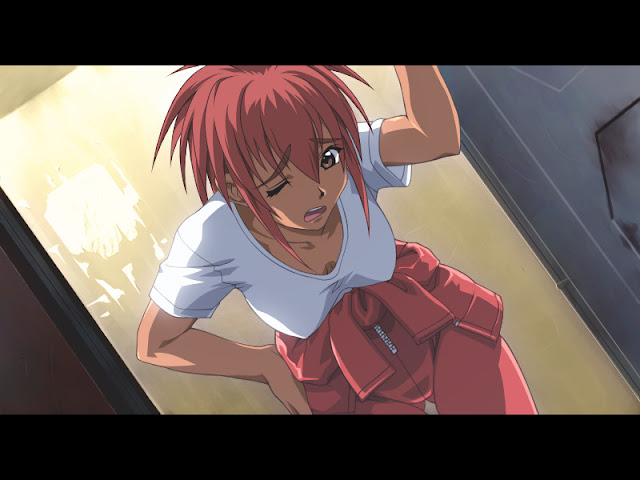 Rating comments: I have just one complaint - absence of voicing. Apart of that it's a perfect game with great atmosphere, characters and dialogues.


Protagonist: Neil Foxx is a hardcore detective. It's a rare mystery game where protagonist really investigates himself at every step and moves the story with just his force. He's got a face, so there's no need to try and take on his boots. He's absolutely separate from the reader.

Characters: I rated characters as 9/10 because game is too short and linear to have the time for heroines. But heroines are all mature and free-spirited. Noone chases after anyone - characters act individually, and only sometimes intersect. Only half of heroines have H scenes at all, because it's a story-focused game. I'd like to specially emphasize existence of hard-boiled men as characters - detective partner Joe Bertran and police chief Bert Randolf. What's most surprising for me is the appearance of protagonist's assistant Ryouko Shinjou at the front of the game cover. She basically just searches her cat for the whole game! Well, she and her cat are the only things mentioned in epilogue, but that does not make her important at all! She's got great looks and costume, that's basically it. Still, a great cast. 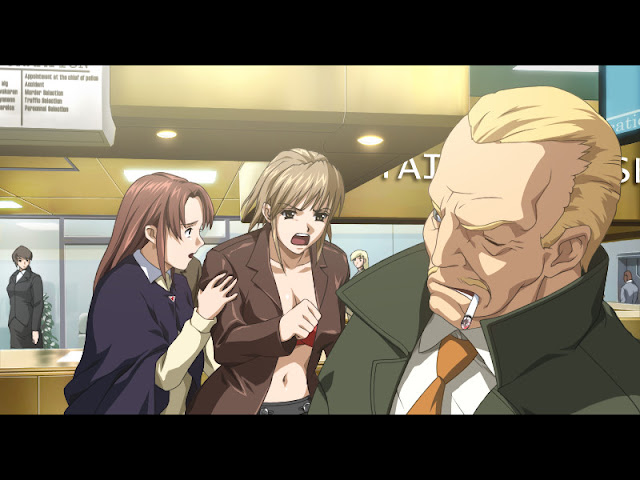 Story: It's hard to say anything about the story beyond the synopsis. We basically just inspect the corpse, talk with everyone gathering clues and progressively getting access to new areas. All these activities are not separate, but just one seamless narration process, accessed via point-and-click. At times unexpected events happen giving more leads, but that's all I can really tell about the story.

Sound: General BGM is rhythmic, but special moments and ending BGM is much more pleasant, so there's no bad aftertaste. 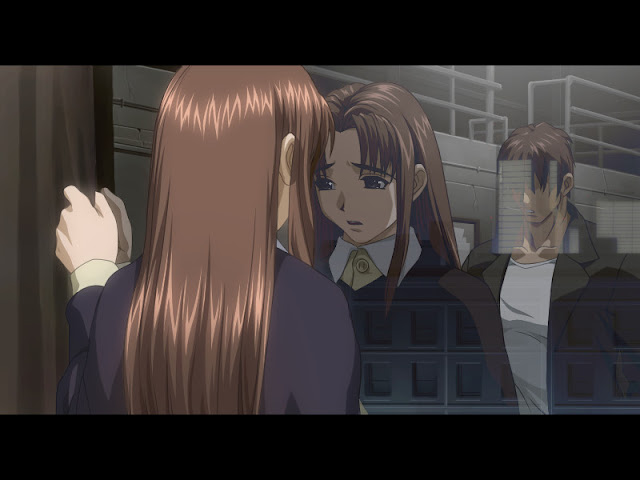 Thoughts:
1) It looks like company title was chosen just for this one single game they were going to produce. Game actually has allusions to both Unknown and No reality themes, and I really appreciate it when strange title is explained during the game.
2) Unfortunately game can not be honestly called a cyberpunk. It has its atmosphere, but not attributes. It's a night city with emphasis on night life, and there are computers and lots of screens around, but apart of that no high-tech advances.
3) Game really looks and feels like EVE series. Neil detective office-warehouse is almost exact mirrored version of Koijiro's den. Here and there point-and-click is used. Both are low cyberpunk detective stories (EVE has genetics in the core of the story, so it's more advanced this way). Even graphics looks very much alike. No Reality is a must have for any EVE fan. In my opinion No reality and Unknown are also used to show that visual novel industry has stagnated after EVE series failing to produce same level stories. And this is an attempt to push the industry in the right direction again as it's possible to make high quality story games even without huge budget or voicing.

Overall comments: No reality is a great example that even small company can create a high quality story. It won't sell as good as a game with a famous artist or 12 routes for all the heroines, but it will become the core of the medium, a work that the company can be proud of. 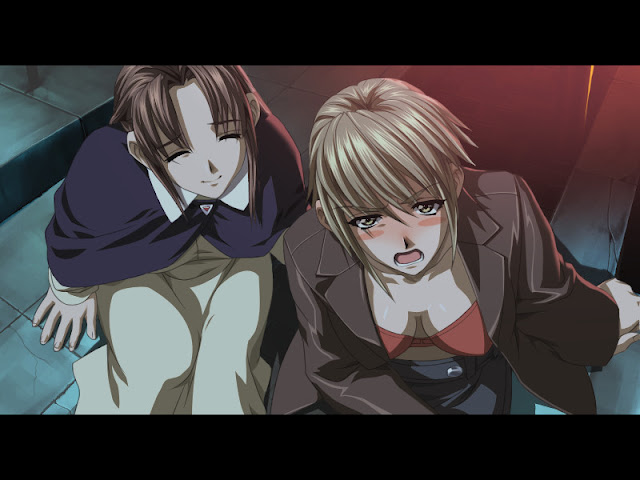 Every Japanese review lambasts the story as poor.

Not quite true. It's a tradition of the Japanese to evaluate length and cost-efficiency. Short games without heroine routes automatically get a huge penalty. Here is an example of such approach http://www001.upp.so-net.ne.jp/c-night/noreality.htm

There is also a strange alienation towards story-focused games. Practically all the games that I particularly like either get zero reviews by the Japanese or get trashed. For example, I will never excuse them for having zero coverage of Psyclone サイクロン [Vanilla]. I also never read Japanese reviews prior to playing and writing a review whenever I like game's synopsis.

Admittedly I meant mostly on EGS, where pretty much every review really is "good setting and premise, but weak actual story". I got the game in my impossibly long backlog, so one day I'll hopefully play it and see for myself.