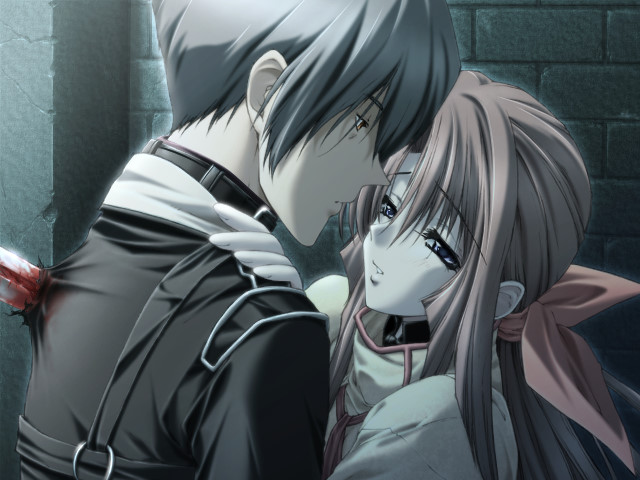 Synopsis: Main character dates his childhood friend. Days pass happily till a deformed body appears from the "gate of the other world" and kills childhood friend. Protagonists makes a contract with the evil god to revive her, but it's only beginning of the battle that approaches. Will night ever end? 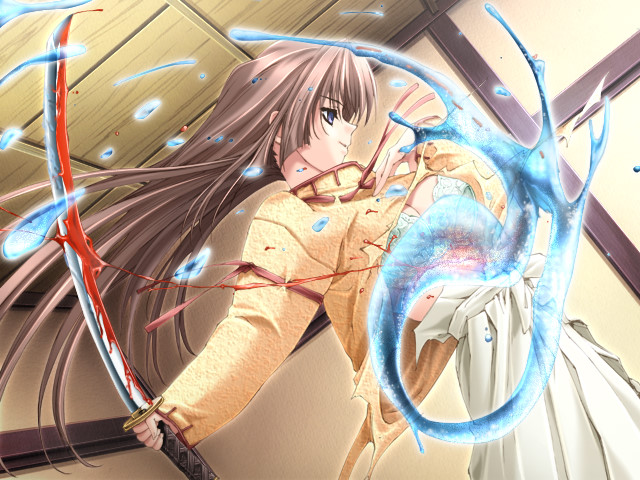 I like honest games where cover and synopsis generally tell me what to expect from the game. But Eternal night is not such a game. Cover shows a girl with katana, and synopsis prepares us for battle with demons. So, what's this game actually about?

First of all, it's not about battles in any way. I gathered here all CG of characters with weapons. The only action scene of every chapter is at the end and takes roughly a minute. Katana is featured for the most time at the very beginning when young Misora sits in the warehouse hugging katana and not knowing what to do. That's your battle scenes. 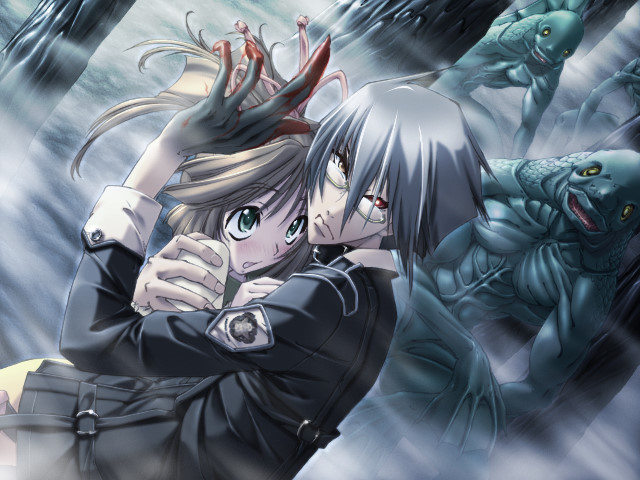 So it must be a game about mystics and mythology? Not really, very few monsters ever show up, usually during the same battle scenes. The demon who kills Misora and who revives Misora upon establishing pact with Tatsuto is the VERY SAME demon. So there's same amount of mystics as of battles.

Oh, then it must be charage! There are four nice heroines in here! Not really. There's osanajimi main heroine Misara, absolute pervert who adores bullying Tamaki, mysterious weirdo librarian with supposedly magical powers Miyako and free-spirit experienced and lustful teacher Patricia. There are basically only one and a half normal characters to even start with! 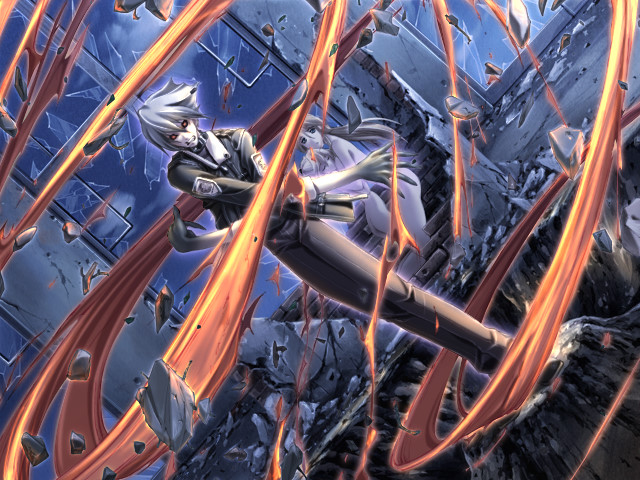 So what's this game? Freaking nukige. First signs of it I noticed at getchu page. Non-nukige titles almost always have non-HCG on the game page, but this game did not. Masochist pervert as one of heroines kind of strengthened this idea. But final fifth chapter put all dots at the right places. Demon totally absorbs protagonist's personality and he just insults everyone everywhere for as long as he wants. What makes him come to senses in happy ending? Freaking deus ex machina. It just happens, what kind of explanations do you expect?

But I should not focus on negative sides only. Game has high production values, and I noticed it in game quality score. Lips are synched, CG are mostly beautiful, and there's a huge use of special effects, including some animated ones. Auto-reading is called "drama mode" not just because it's a cool name. The whole game is based on dialogues. And only Tatsuto is not voiced when he is the protagonist. I say "when", because a lot of scenes are seen from different than Tatsuto perspectives. 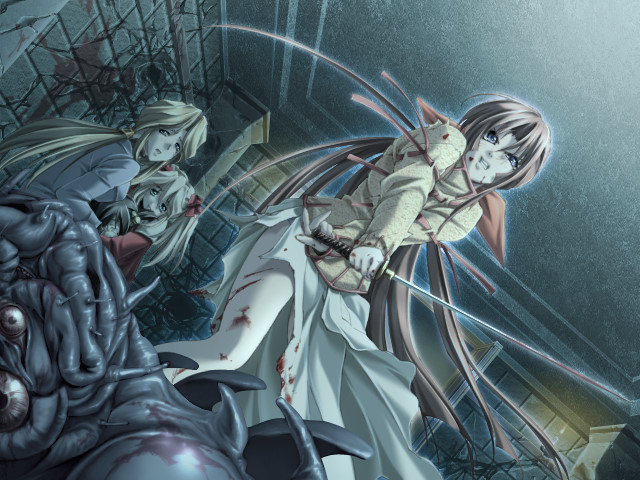 Let's touch game concept even if it's a bit late for that after all the conclusions have been made. There are five chapters with first four chapters focusing on each of four heroines. And nothing that happens during those chapters actually means anything, because at the end of those chapters gates open and we move forward. Intro ends with the same door opening. And fifth chapter basically starts with it. So why not just watch intro and then fifth chapter if nothing else matters? Oh, then we'd miss H events with each of the heroines, right.

I can't call "Eternal night" a bad game. It just deceived my expectations and failed to produce any significant story development. I hoped to see some scenario-centered narration, but I received something that's two grades worse than I expected - a nukige. 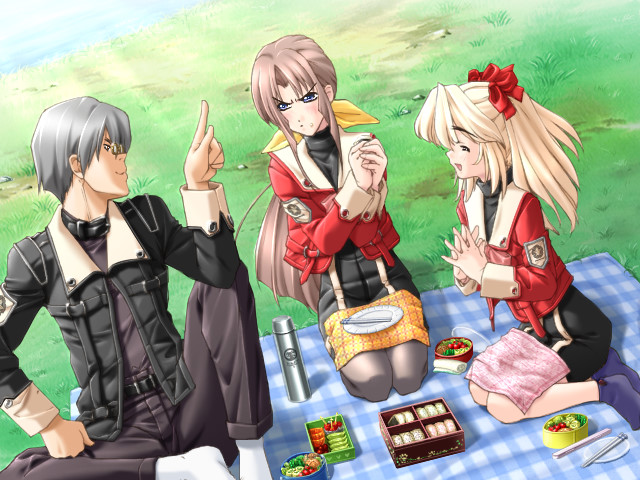