Foreword: A bad-ass cover and cyberpunk setting is all that it took to interest me.
Title: D.U.O. ~Song for All~
Developer: Panda House
Date: 2002-04-26
VNDB link: https://vndb.org/v2235
Youtube walkthrough: https://www.youtube.com/watch?v=Ttjs7mdDS3Q&list=PLs4Gp5VU4Fv_0xb07WK6DgqoNosWs_kET 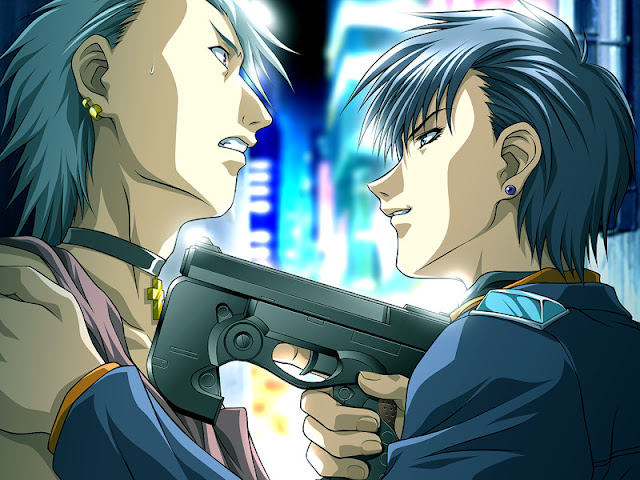 Synopsis: It happened on December 25, 2001, right after the new century began.
It was the biggest and worst disaster in human history, "Apoptosis Crisis."
A virus called "apoptosis" begins to destroy human cells. 80% of the Earth's population is killed and the people who survive try their best to revive civilization.
A century has passed, and it is now the year 2099 in Tokyo. Something is happening in this big city, where many kinds of ethnic groups reside. The network junkies, called "jugglers," suddenly die an unnatural death. The cause of death is still unclear. However, it is apparent they were all on computer networks when they died.
Takuya Takahashi, who is a professional investigator, a "Runner," is asked to investigate the case, and he starts investigating this dangerous disease, without even knowing much about it? 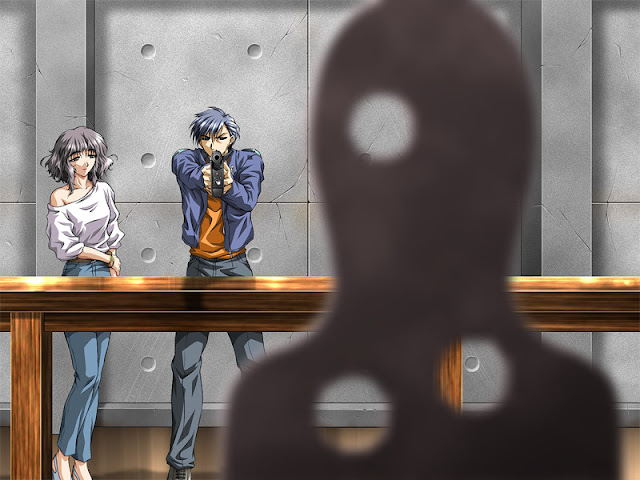 Structure: 12+1 chapters.
Length: 7 hours for one route, but second route is almost the same.
Game type: Cyberpunk detective mystery
Difficulty: Easy, we move on if exhaust all options
Character Design rating: 9/10
Protagonist rating: 10/10
Story rating: 9/10
Game quality: 10/10
Overall rating: 9/10
Rating comments: The only question for me is whether it's 9 or 10. I totally like the game, but story overall and the heroines in particular appear to me with flaws. 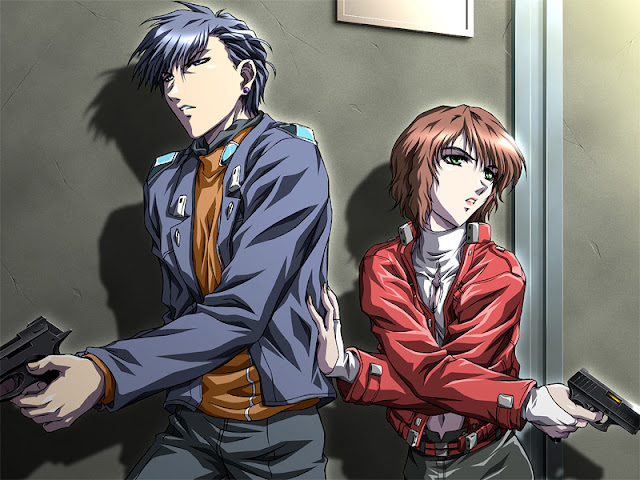 Protagonist: Takuya is great. He has face and hard-boiled personality. At the same time, not everything is clear about his personality that happens to content quite the depth.

Characters: Hitomi and Itsumi are main heroines of the game. These is also mysterious girl Sophia that exists for plot purposes. Can't say anything bad about Hitomi or Itsumi, it's just sad that the difference in their "routes" is just choice of who to H, not much character development. 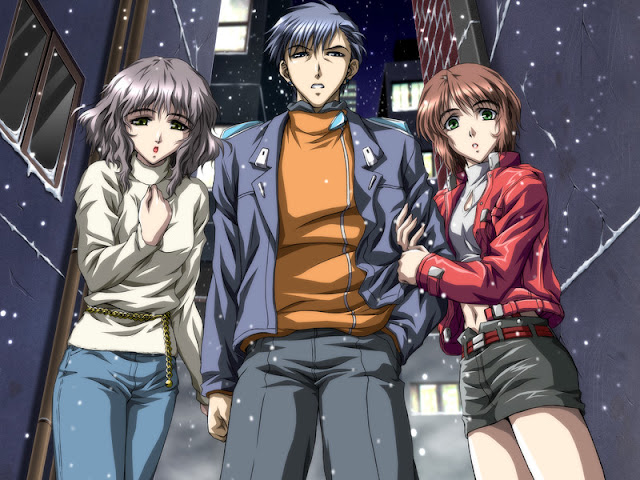 Story: Synopsis actually covers all I could tell. I can only hint that story tackles genetic and cyberspace a lot. I'd really like it to be more focused on actual  virus and deaths, but most of the time we just hang around with girls stumbling upon important events at times, so resolution feels forced.

CG: Loving CG here. Lots of motion in the interface. I especially appreciate those several animated moments used for underlining charm of the heroines, and NOT in H events. 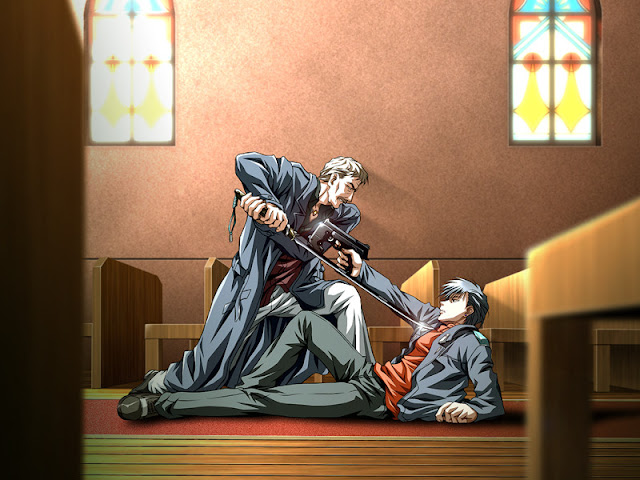 Sound: Game is called "song for all" not for nothing. There are a lot of vocal parts in here. Very enjoyable. Everyone but protagonist is voiced, and that includes all the male characters.


Thoughts:  The title "D.U.O. ～song for all～" contains two spoilers itself, but luckily you only get to know why late in the game, so there is that "a-ha" moment. No idea what "D.U.O" stands for, but the word "duo" already gives an important hint. I really appreciate when title gets to say so many things about the game. 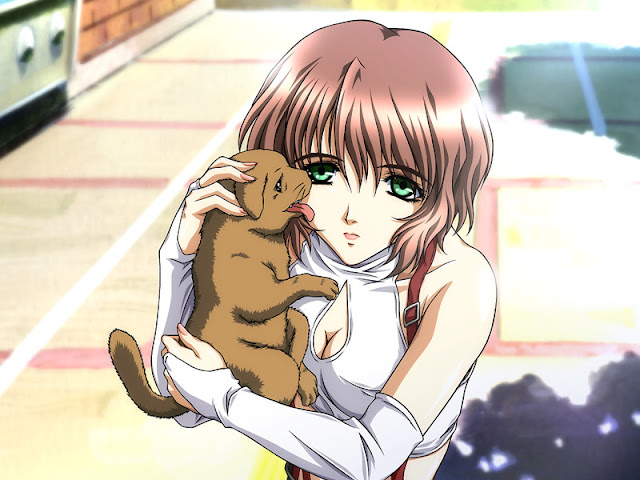 Overall comments: Absolutely magical game. Great direction and use of interface make an impression of a futuristic world, can't really believe game dates back to 2002. I was treating Cat's Pro quite favorably, and it's joyous for me to see Heart Heat Girls concept being reborn in such way by the successor Panda House. Game's very nice while it lasts, but it's quite gentle-minded and lacks impact, so it gets average or poor scores by the Japanese. I absolutely can't understand how the Japanese manage to bury the best representatives of the genre with their own hands. 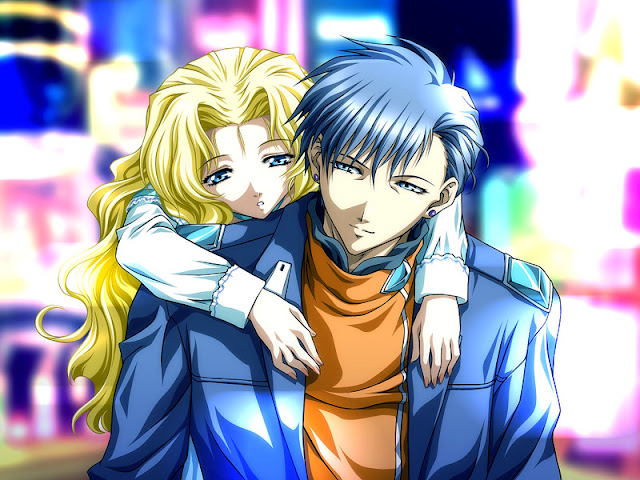