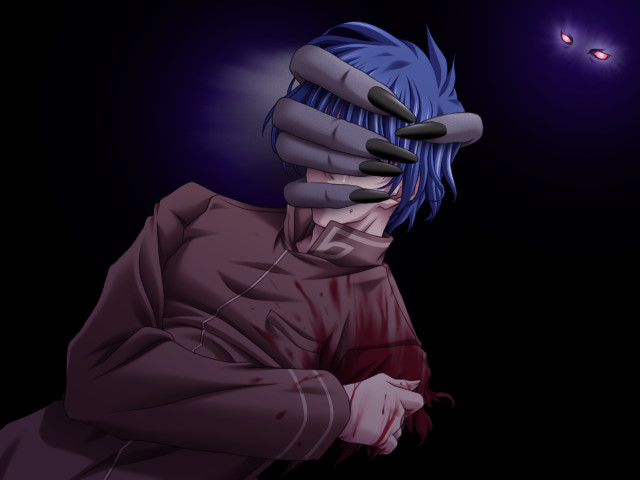 Synopsis: Azumi Shizuhara is an orphaned student attending Rakuryo Gakuin.
One rainy night, he finds a girl in the rain, soaked to the skin. The girl has scratches all over her body and blankly stares out at nothing. Azumi tries to ignore her, but suddenly realizes from the girl's uniform that she attends his school. He simply tells the girl to call police with her cell phone and leaves...
Later, this girl, Yuzu Sakurai, pleads with Azumi to help her search for her lost brother. Azumi turns her down once, but he finally agrees because Yuzu resembles his cousin, Nanao. The search for Yuzu's brother begins.
With the help of Sayoko, their search seems to be going fine until Azumi begins to feel the presence of someone else...
The story progresses with the mixed emotions of a girl with a lost brother and a boy who wants to protect his little sister. 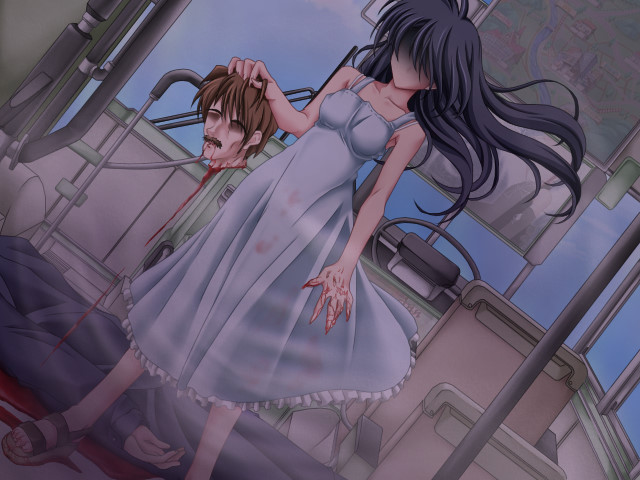 Fearless] is one hell of a weird game. Let's count its distinguishing features.
1. It's imouto game in the way that two only heroines are imoutos - Nanao is yours, and the other one Yuzu is looking for her lost onii-chan.
2. It's a horror game since spontaneous horror scenes make up for the main attraction of the game, and there is Cthulhu element as monsters are really weird. 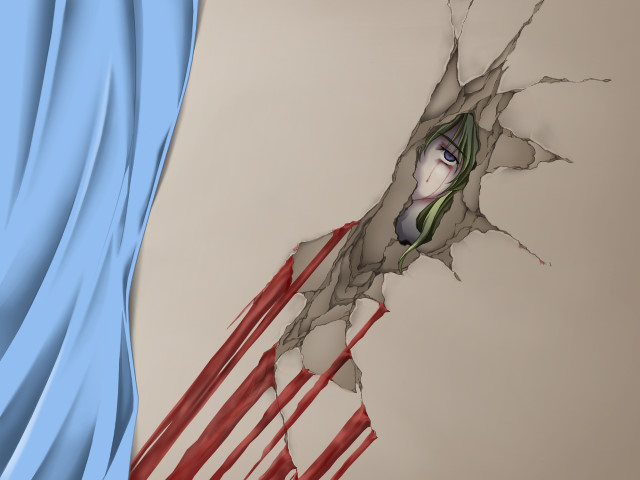 3. Main character is OP. When he asks Yuzu why she chose him - she answers that he's the only guy with fighting capabilities. She actually just listened to Nanao describing her onii-chan as the best, but protagonist is indeed one hell of a fighter - whether it comes to half a dozen of armed guards or primal beasts.
4. It's not really a game about girl appeal or about girl chasing. And that's what makes it different from other games. Nanao as imouto does not trigger any interest from her brother. And Yuzu... she's far from attracted. When she offers herself for the first time to protagonist, he's disgusted by her body engulfed in darkness. He asks himself why he is even doing it. Quite sure that H scenes can't be enjoyed in this game. 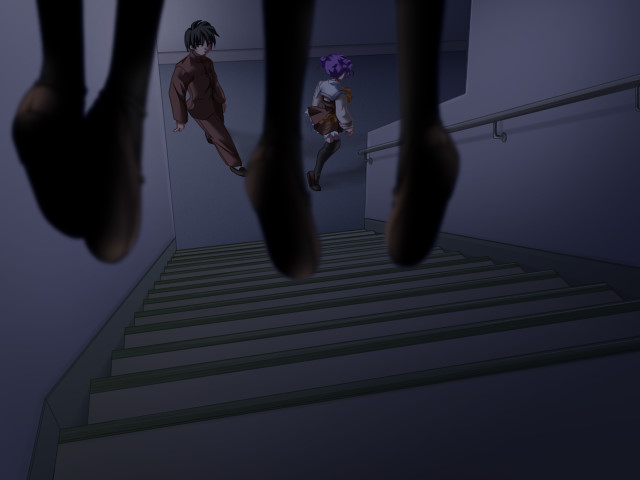 5. Structure is complex, but it all goes down to one same root that I recorded. Then it's possible to go towards trashy route with lots of insults. There are a lot of bad endings, but good ones include us with Yuzu alone, Yuzu recovering her onii-chan (not sure it's a good one though) and Nanao and Yuzu become sisters with us all a big family. But the gad endings are much more sophisticated up to the point everyone becomes sex slave or killed in lots of ways.

So Fearless] is totally weird. It does not have an intriguing integrative plot or appealing characters. What it only has is imouto stuff, OP protagonist who defeats any monster from Abyss in an instant, spontaneous horror/insult scenes and endings to fill everyone's wishes. Protagonist is voiced, but he does not talk that much. Backgrounds in this game are really simple. If that all manages to produce some kind of special atmosphere for you - it may be a curious game to play. But if not - it's utter trash. 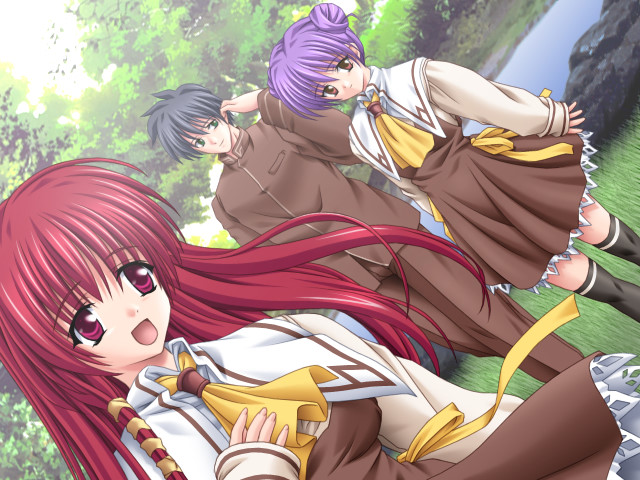 saw some of the Let play video, seem like another MC boy protect his family while JOJO like Bizarre situation around him. it a neat game. really mess up with the gore scene for a 2002 game, but hey, this was a different country, so culture probably different there. (I was raise in a different countries so i was expose to different thing then cartoon and anime back then) .

I just expect something really complicated each time, but games end up being simplistic again and again. This betrayal of expectations strikes me the most.