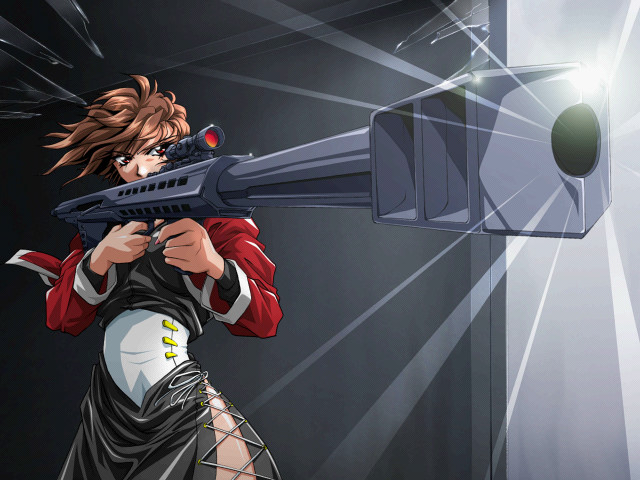 Synopsis: Futaba Kawana is an attractive American detective, who recently uncovered the whereabouts of her sister, who disappeared in Japan some few years ago. Once she arrives to Japan, Futaba hurries to the hospital where her sister was last seen. The hospital is one of the best hospitals in Japan, but many strange rumors are floating around. People have seen dead people coming back alive, lost people found, and so on. As our heroine searches for clues, she finds out that the hospital is actually a huge whorehouse controlled by some organization. To find out about the organization, our heroine becomes a nurse at the hospital, but...
This game runs on a system called, "The Buddy System." This means that there are multiple characters and multiple scenarios, where each character has it's own story. In order to understand the complete story, you have to go through each character's story. Besides our heroine, you will meet Chiya, Aya, Shihomi, and Mio. Take out your sexual desires on these beautiful but strong girls. 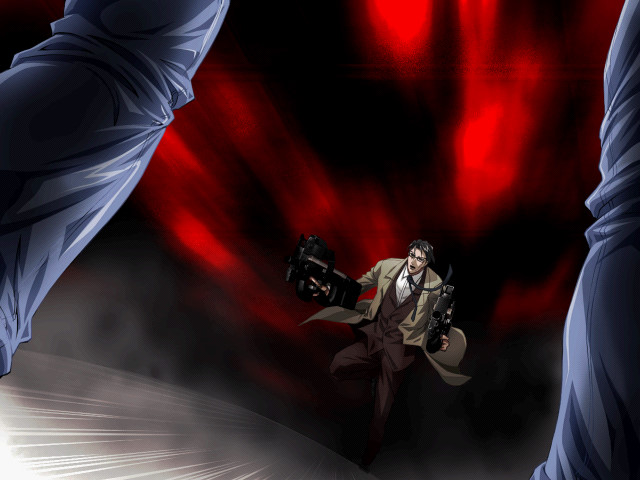 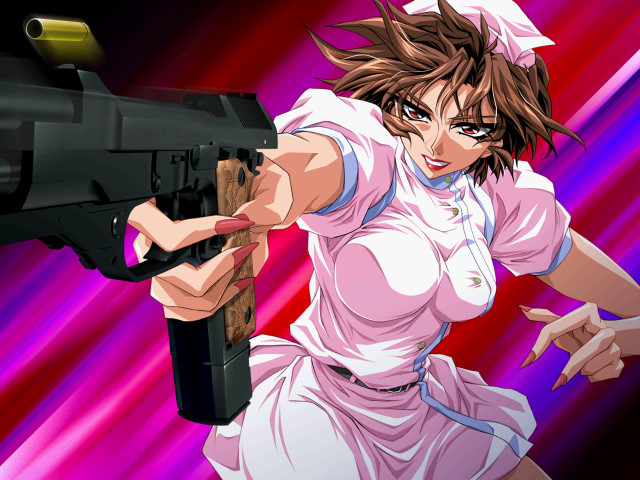 Game got only two votes on VNDB - that's 2 and 4, but that's probably some haters or trolls, right? Or perhaps they were disappointed by H scenes - but we're here for the story, so we move on.
The start up to the opening is usually the most lively part of any visual novel, but it was not that much lively for DoNoR. It was mostly dialogues with just couple of CG with people, the other CG were blurry zoomed in versions of real time photos of some objects like door bulb or telephone. Then happened pretty cool opening featuring as many as four different people armed with guns. 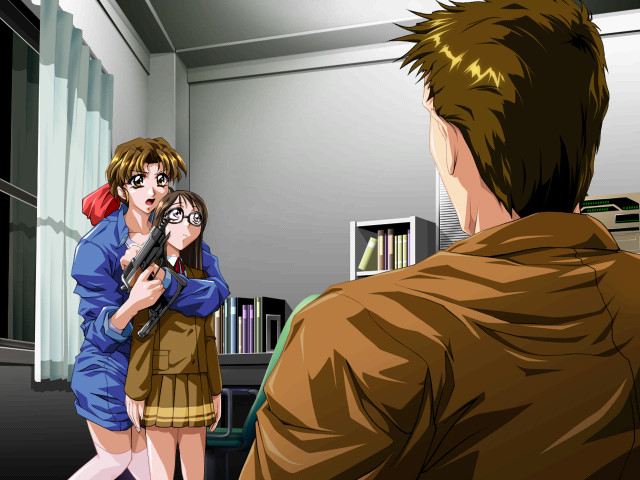 But then I understood that the biginning WAS the most lively part in DoNoR as well. What awaited me next is over 10 hours of watching horrible blurry CG of real life photos, walls of NVL text and and almost total absence of dialogues. It's been four years since FlyingShine first amateur attempts of Sadistic medicine and Revolver, but not that much has changed since then! It's same blurry real life photos, same NVL, same absence of sprites and CG with people. Hell, even HCG look exactly the same - disgusting and from the same angle in order to take as much screen space with body parts as possible. What's only changed is engine that can actually run on modern OS, rare non-HCG with people and introduction of "Auto pilot" reading mode. And even that they managed to screw - at the lowest speed auto reading is too fast and absolutely not comfortable for the absence of delays between the lines. 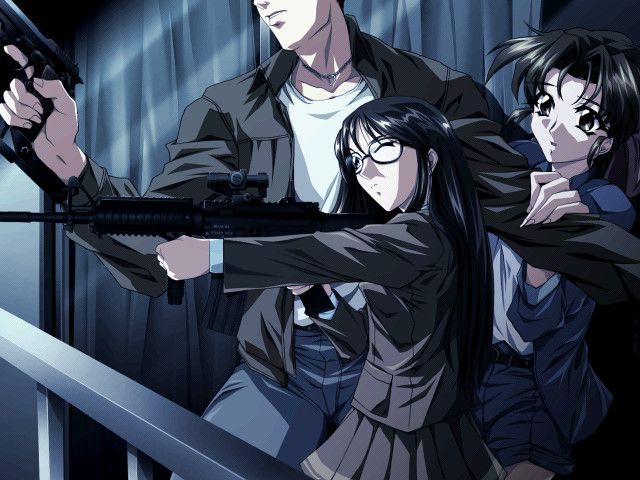 But let's drop these technical issues and enjoy the fabulous plot... yet we can't do that. The "Buddy system" makes the story jump to and fro between a lot of people without showing them on the screen or giving their names or at least anything to identify them apart of rare female voicing and location and time announcements. I don't really know how to rate the story. For 10 hours pretty much nothing happened, then couple hours of constant gunfire with very random H evens inserted here and there. Game provides a lot of cool CG, but they have very little to do with reality as 99% of the time you see only some hyper-zoomed blurry CG of rendered object from reality, and that's a very depressing sight. Gunfire keeps ringing, and you only see the corner of some table or just one of car lights. Story is absolutely kinetic, so no interactivity is prepared as well. In couple words, DoNoR is an organization that is involved in illegal transportation of organs and genetic studies. And most of the game is about the detective agency conflict with DoNoR organization forces shown from the sides of different detective agency members. 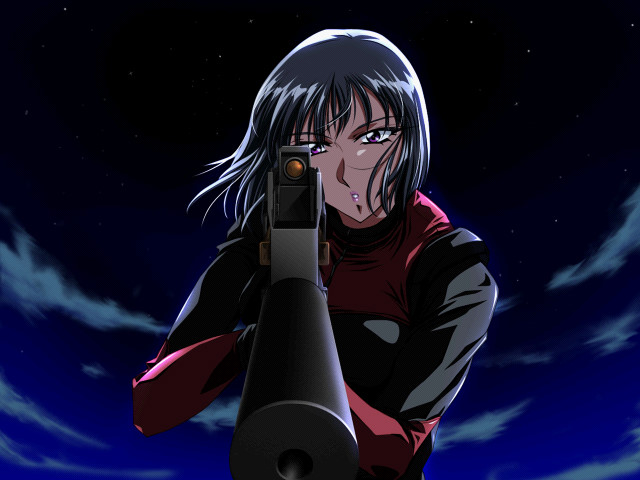 But when the painful 12 hour narration finally ended... it turned out that there are two more same length episodes. The first episode only covers only mostly Shoichi story, and that story features a variety of female partners. The second episode focuses on female detective Futaba, and that's the route full of insult scenes of Futaba and earlier kidnapped girl. The third final episode features only a Tower, and that's a bit shorter route that has just one H scene and that puts all the points of views together and presents the culmination and the end of the story. 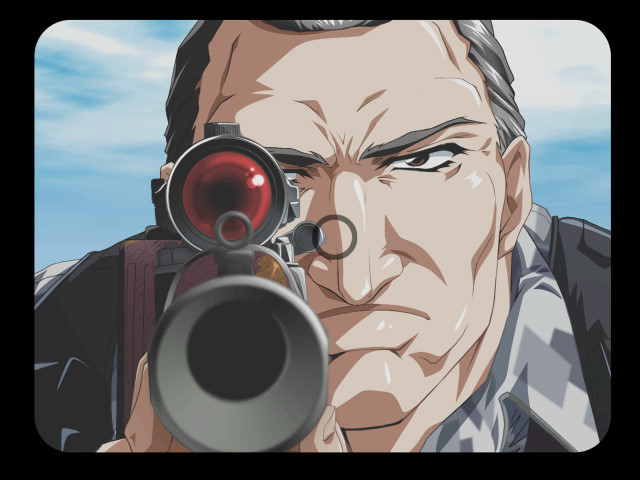 As a short summary, game looks really bad not because of H scenes, but because of direction, pacing and graphic aspects, as well as poor systems. It's very painful to read and follow due to the mess that's set on the screen. It manages to ruin all the benefits of visual novel as medium and provides a "B" rate book novel with rare voiced lines instead. Oh, yeah... the theme of guns is really well covered in here. And that passion is really stunning. If only blurred images did not make my eyes peel off... 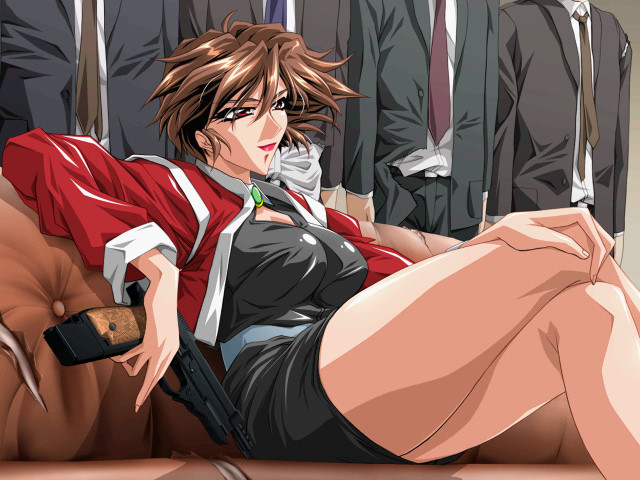