Foreword: Guns and girls is a great concept, but it can go all way wrong as it happened with DoNoR. Can Silver Co., Ltd. really pull it through?
Title: Gunsister
Developer: Silver Co., Ltd.
Date: 2002-11-29
VNDB link: https://vndb.org/v2814
Youtube walkthrough: https://www.youtube.com/watch?v=pt49qIwDIFw&list=PLs4Gp5VU4Fv8Da9PQZfIpp0SKP3KvrVNi 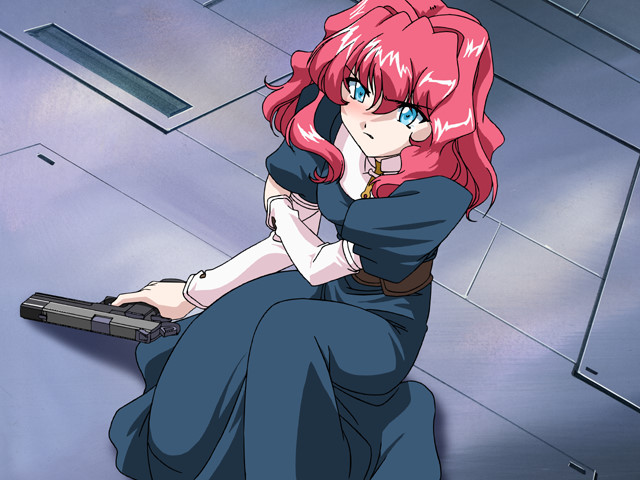 Synopsis: 250 years from now. Human race is reduced to 2.5 billion due to fierce confrontation with the fairy race. Many secrets of lost civilizations are lost in the chaos.
Main character is a travelling gunman. One day he gets into bitter rain and regains consciousness at a monastery with his right arm and left foot injured. He starts to live there with a priest and five sisters and gradually gets involved into the battle they lead. 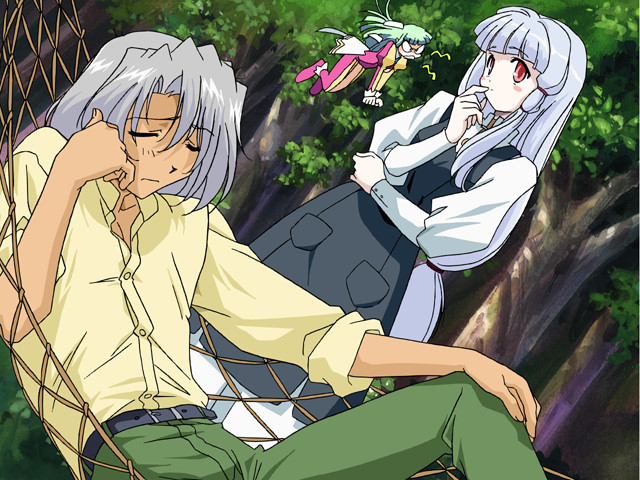 Yes! A masterpiece score. I'm surprised myself. Let's observe its individual elements to understand why.

Story is really short. Bank robber gets injured and together with his fairy companion stays at a church until recovery. But some powerful group aims  to grab church land, so church father buys a wagon of weapons to protect their way of life. They put protagonist Clyde in charge for defense since he introduces himself as a sherif. He has his shooting arm injured, so he takes one of the girls as his assistant and teaches her shooting during several days. Then some group arrives, but they are actually aiming only at Clyde as the criminal of their country and corrupted comrade. Church girls are touched by Clyde confession and decide to help him... by opening a hurricane fire over law enforcers! Then Clyde goes to save target girl who is seen close to enemy troupes, and together they go on a breakthrough mission to defeat the group's leaders. 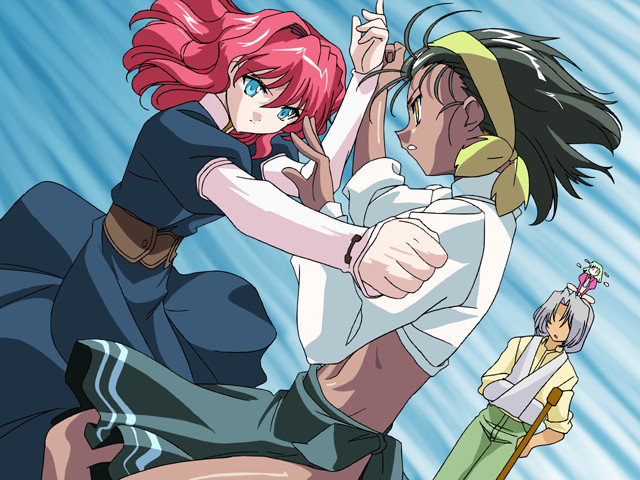 Each routes follows the same pattern, but somehow manages to present a totally different approach to every girl, and this ability to present individualistic simple and funny heroines shines in the game. I found myself smiling all the time reading each girl individual story parts. Maria seems to be the main heroine since she's the only one in the game menu. Maria is kind of tsundere with some really curious mental problem. Luca is a girl who can only talk with one world "Gau". Poor seiyu had to say this world a hundred of times with different intonation. But Luca is also very sincere with herself and her desires. She's the only heroine who can't master a weapon... but is surprisingly powerful with fists. Sylvia is first encountered in town brothel, but later is seen among church sisters. She's really funny trying to present a paragon church sister image while being the most voluptuous heroine. Beth is kind of cinderella who is he only one who works around the house. She grows very strong this way so can use minigun without much effort. Her route has to deal with abuse by outsiders and is very good at it. Sophie is a mysterious library girl who always speaks in riddles. Her route opens the last and presents some unique development compared to previous routes. She's our sniper girl. 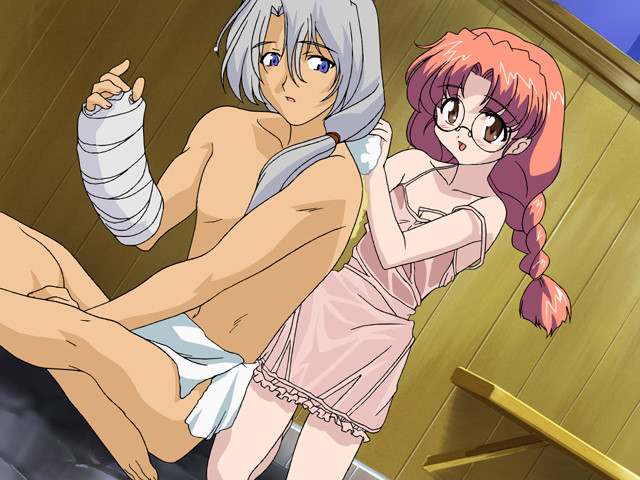 Let's say a few words about Clyde and his fairy companion Liliard. Their dialogues are eternally funny. Clyde acts tough and hardly says any kind worlds to her. Instead he constantly calls her a bug and promises to get rid of her. I'm really longing for such humor-based fairy companions since Arcana ~Hikari to Yami no Ecstasys~, they really color the narration. 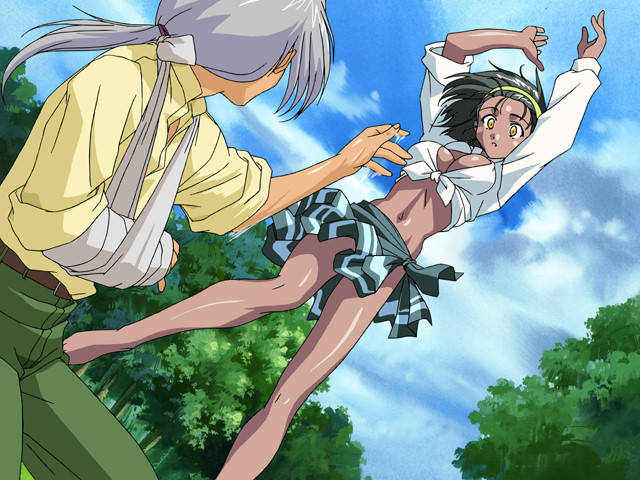 But game's not perfect. Story is short and the same for each route. There's nothing but individual heroine charm to push further after the first playthrough. Story means a lot in my evaluation, and story is very simple in here. Hooking works really bad with this game as well, was only able to hook the first line while there are phrases with as much as three text lines.

But game is re-relased for five consequent times not by accident. It's an entertainment based on humor, individual heroine charm, bright atmosphere and animated ero-scenes. It's a masterpiece even though story freaks like me would not find much sense in going past first route. 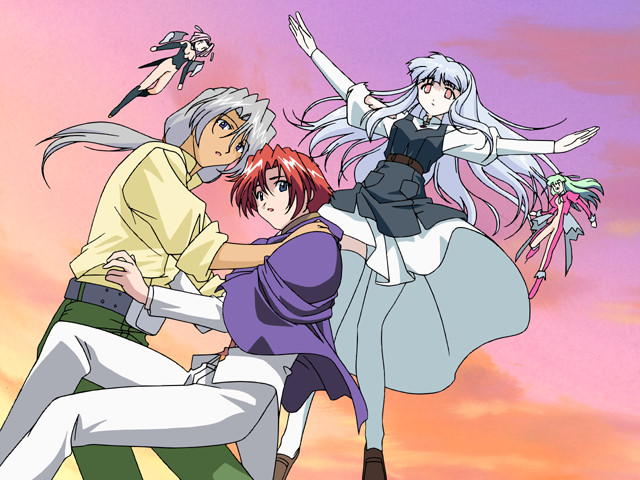 What kind of translator, you use to play your VN's?
Thanks anyway.

I understand spoken Japanese well as well as phrases without difficult kanji. As for regular Japanese text, not so good.