Foreword: I played Aya route six  years ago, but was left quite confused for the lack of understanding. Anime put its dots, but it deliberately changed the ending. I'm over-enjoyed to finally read all the routes in all the complexity.
Title: Interlude
Developer: Longshot
Date: 2003-03-13
VNDB link: https://vndb.org/v3195
Youtube walkthrough: https://www.youtube.com/watch?v=wE78kKpg5QY&list=PLs4Gp5VU4Fv9mjQjlqFFGFu9r_-rNk861 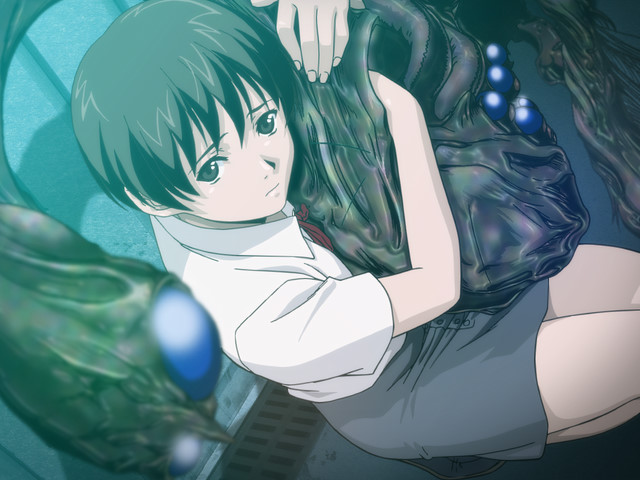 Synopsis: For a close-knit foursome of high school friends, life is all about sleeping in class, strawberry milk, and after-class karaoke. However, our unnamed main protagonist is troubled by nightmares of death and disaster. Only when he begins to realize that his memories of people and events are different from those of Tamaki Maiko (named "Tama-chan" by her friends, "Mai-chan" by herself), Chimu and Harusa, his three female friends, does he begin to wonder. Later, when the waking dreams start.... a short moment of him seeing something that noone else sees....an attractive young lady, who stares back at him in amazement from an empty subway station, does he begin to wonder about his sanity. That evening, the four encounter and follow a shadow with no person, only to encounter a gang of stumbling zombies. And then he wakes up that morning from yet another bad dream, but the threads of reality have become a bit too frayed, and he begins to see a way in which he can travel over to the reality of his nightmares. 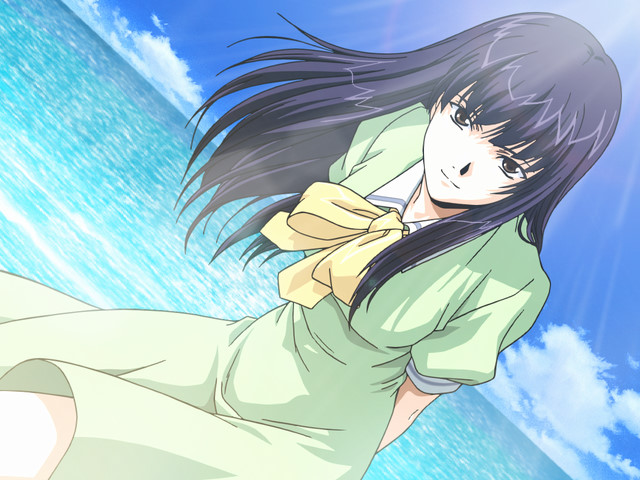 Rating comments: I love absolutely everything about this game. Well, apart of protagonist.

Protagonist: Keichiro is very kind and reliable. He manages to find the right words to support each heroine in the time of need. We get to see his face, but not his eyes. He's easy to sympathize with as any reader can feel in his shoes. We don't get to see his eyes though, so he does not feel like a fleshed out character. 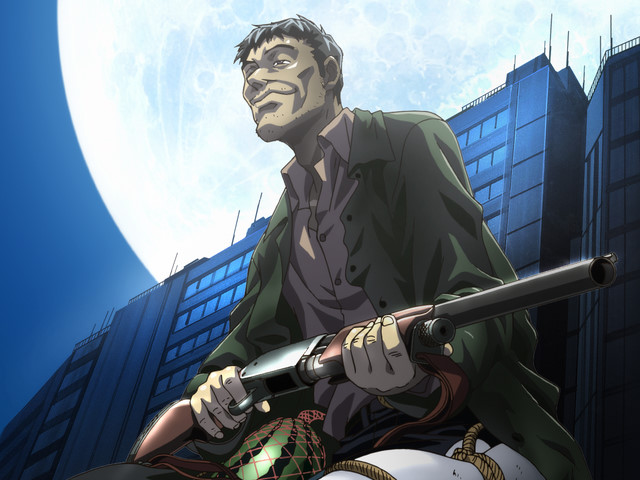 Characters: There are four heroines.
Tama is our genki childhood friend, and it's easy to get in her friendship root if she is paid a bit of attention during anyone else's route. Her love route is pretty much the same save for kisses as results of right choices helping Tama to start studying. Route is very easy-going yet ordinary. We get to see some strange things, but just ignore them. This route is quite ordinary, but it still is of masterpiece level due to great warm drawing and funny atmosphere.
Izumi is our OL here, but she's pretty cute in hiding her breast that's impossible to hide all the time. Her route starts pretty much normally as we just tag along her at pubs etc serving as her bodyguard and helping her find her prince. In this route alternative world finally pierces real world with dreadful consequences. We also get to know a lot about this parallel world since Izumi work deals with it directly. But what this route really shines for is very colorful side-characters we stumble upon. Ending is very intense here.
Aya is hands off the main heroine of the game. She is featured at the covers, and she's in the center of attention in every route but Tama. She has become everything I love in visual novels - cynical anti-social beauty with difficult fate and mysterious weapon. Of course, her route is the most powerful.
Mutsuki route branches off Aya route and repeats it almost completely. We get to know not only fate of this suicide girl, but also the creation of the parallel world, so route is pretty important for the overall structure. Story: It starts normally, but we get to see abnormal signs with time. It's pretty much up to us and the route to decide whether we start to investigate them.

Thoughts:
1) Game tells us the basic things, but a lot of stuff remains unclear and subject to further theorizing. What's the role of this organization? What's their main plan and backup plan? What happens to main characters? Who is actually the Councillor?
2) I like it a lot as after each ending we only get a very short ending filled with anxiety. Only after seeing all the endings we get a full great ending. 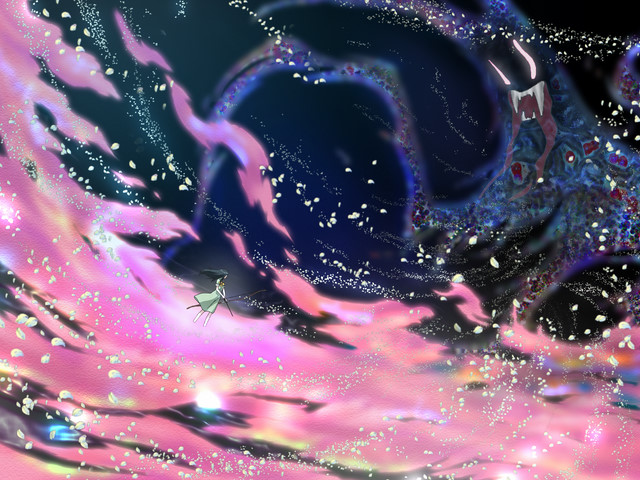 Overall comments: Interlude was one of my first untranslated visual novels, and it determined my entire visual novel experience. My love for the moon and warrior serious beauties also originate from here. Game atmosphere is quite close to luv wave. Anime made the right steps in rationalizing the game and underlining the things that may have the biggest impact, but original remains the paragon of a great mystery game for me. 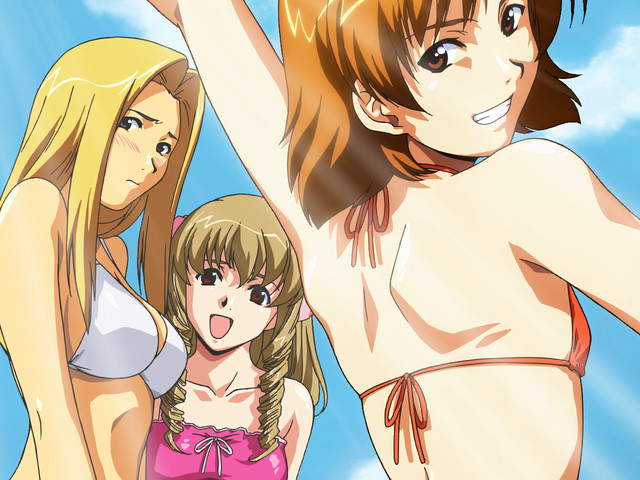 do you know where i can find a walkthrough of this game ?? i tried sagaoz but no luck

sorry for my late reply,just want to say thanks a lot man

So, what is the story of the different routes? I would like to know about Izumi's route, the older office lady.

Tama route is perfectly normal about school. In Izumi route we tag along her at pubs and other places serving as her bodyguard and helping her find her prince. Eventually we get to the other world for a brief time and are helped by the old man with the rifle. In the end we come to Izumi's work where experiment with the other world is held. He get to observe Aya fighting a monster in the other world. Aya route is most canonical as it happens in another world as we deal with two ugly slavers and find a way to get back to original world. Mutsuki is more about getting on terms with another world and staying there together with the girl and her friendly abominations.